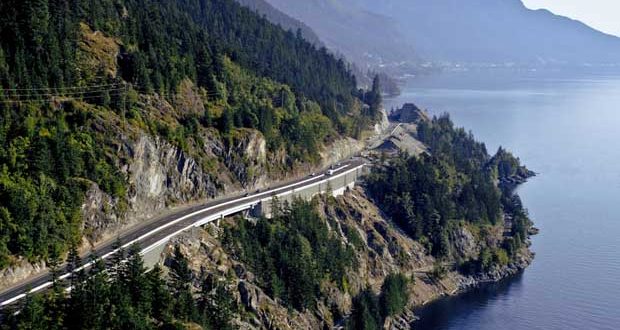 The Potters packed a sturdy pair of walking shoes and a ski pole each and travelled to Canada recently to go walking. John was hoping to see some bears and Lyn was keen to avoid them!

From Vancouver to Whistler

After a good flight with Air New Zealand to San Francisco, we were surprised (and a little miffed) to find on arrival that despite the automated passport check we had to join long queues for a face to face check as well.

We had a few hours to catch our breath. Eventually, when the boarding call was announced we ambled down to the departure gate for our flight to Vancouver. But it was the wrong one, our mistake! The right gate was at the other end of this large airport. We were sure that we’d miss our plane but decided to make a mad dash for it anyway. Luck was on our side. We made it.

In Vancouver, there was another automated checkout and more lengthy queues. But the train from the airport into the city was quick and convenient. From there it was only a short walk to our inner city hotel. 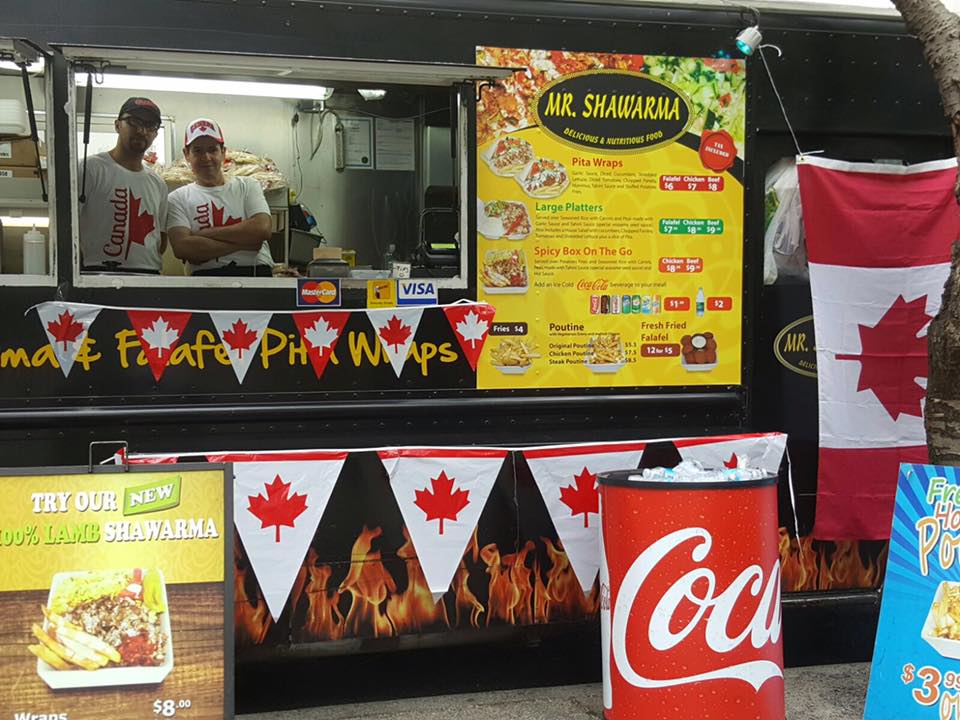 At about 9 pm, in search of a bite to eat we headed downtown. The weather was still surprisingly warm and sultry. Most eateries were shut but we were delighted to discovered Mr Shawarma, a food truck parked by the nearest railway station. They serve great pita wraps filled with falafel, salad, hot sauce and chips.

Vancouver is known as the food truck capital of Canada with over a 100 spread throughout the city. Because of the steep rise in real estate and rents (similar to those in Auckland) it has been the only way for those who want to start a small restaurant to get a foot in the market. They are a vibrant part of the city and provide a wide range of fast, cheap and tasty meals.

There has also been a big rise in homeless people here. Vancouver is one of Canada’s wealthiest cities so it is tragic to see so many sitting on the pavement with their meagre belongings begging for a few dollars. 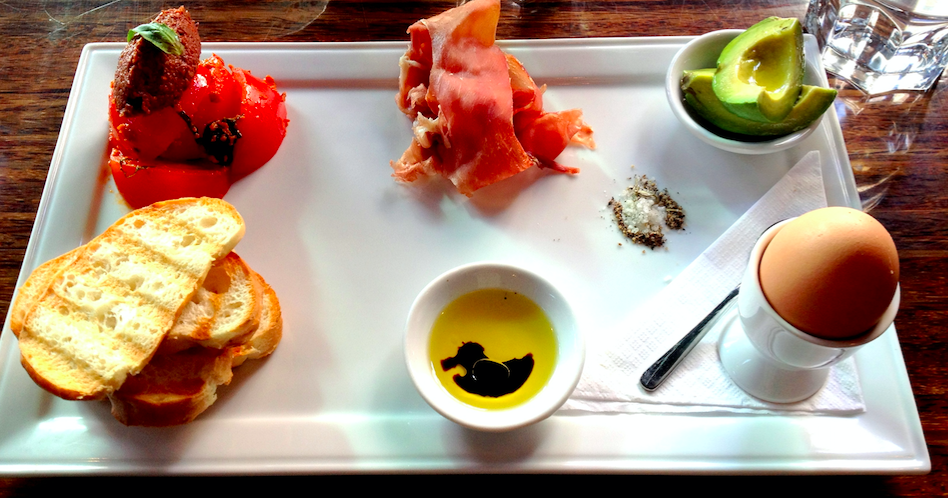 The following morning we breakfasted downtown at the Medina Café, highly rated on Trip Advisor. Although it was 10 am on a Tuesday it was packed. There was a 10-minute wait before we could be seated and a while before we were served.But it was worth it! The service was friendly, the coffees well brewed and the food was great. I had smoked salmon mixed with cream cheese; avocado and a poached egg on sourdough, with a little green salad alongside. John had a meaty cassoulet in a spicy tomato sauce.

We located our car hire company after that and they gave us a ride to the railway station where our rental car was parked.

Across the harbour, the mountains were shrouded in smoke from the American wildfires. They were adversely affecting the air quality in Vancouver. The city was also experiencing an unexpected heatwave which would last for a few days. But these were minor inconveniences compared to the fact that many thousands of people had had to flee from their homes as the fires continued to rage.

John navigated his way back through town to the highway leading to Whistler, a bit of a mission without map or GPS. 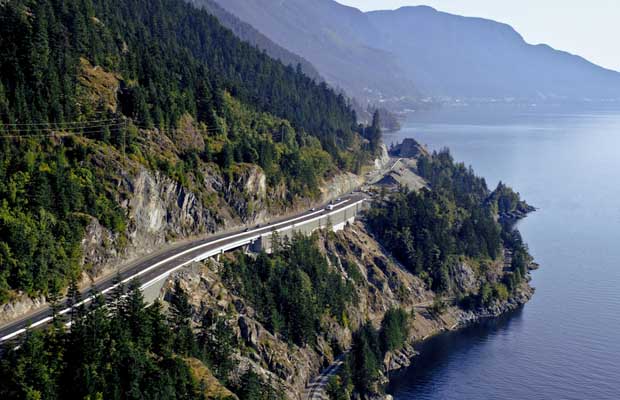 Then we were on our way along the spectacular Sea to Sky highway, one of the most scenic and beautiful drives in the world. On one side was Howe Sound with breath-taking picture postcard views of glaciers and snowy peaks in the distance. On the other side of the road was a dense cover of temperate rainforest and towering rock faces.

We stopped off on the way to walk the short distance along Shannon Creek to view the magnificent Shannon Waterfalls cascading down from a height of 355 metres. Lots of families were making the most of the sunny weather and picnicking on the grassed areas. 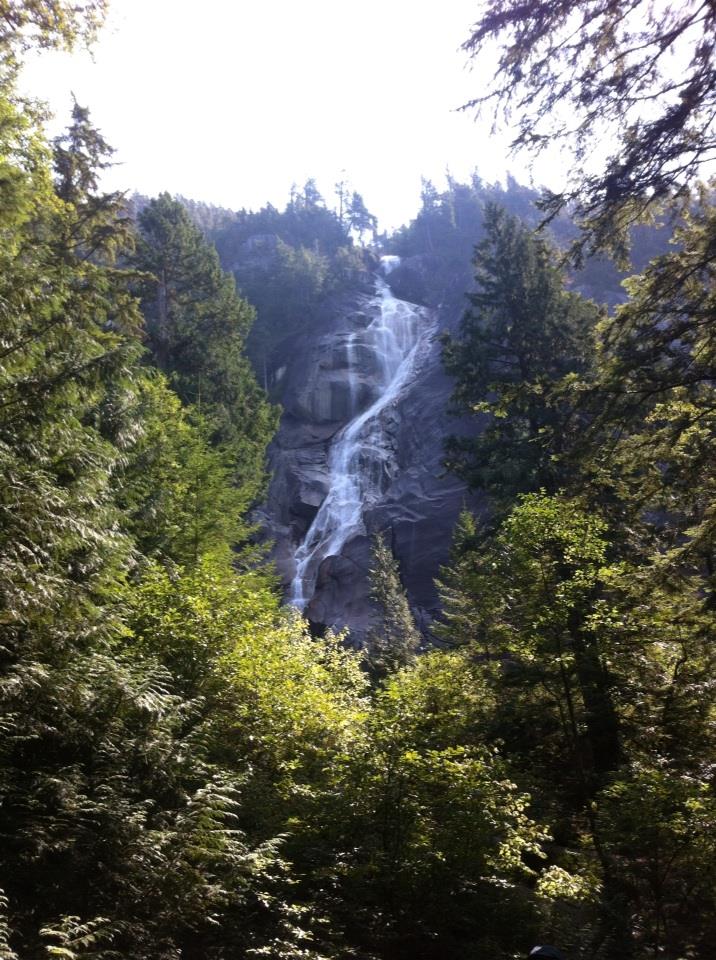 It put us in the mood to gather our own picnic. We made our next stop at Squamish, gathered up lunch and bottles of water and stocked up on wine and beer at the local wine shop as these would probably be cheaper here than at Whistler.

We drove on until 2.30pm when we found a scenic spot with a picnic table. I was famished! It was time to take a break!

From there it was not much further to Creekside which is just 7 kilometres south of Whistler Village but is much quieter and laid back, especially in summer time.

We had hired an apartment at Lake Placid Lodge. It was only $75 dollars a night and really well situated with a supermarket just across the road and plenty of places to find a casual meal.

John had stayed here previously in wintertime and thought it would be perfect. But we hadn’t counted on the unexpected heatwave and there was no air conditioning. We sweltered inside for a few hours until twilight when we went for a walk along the shore of nearby Lake Nita. 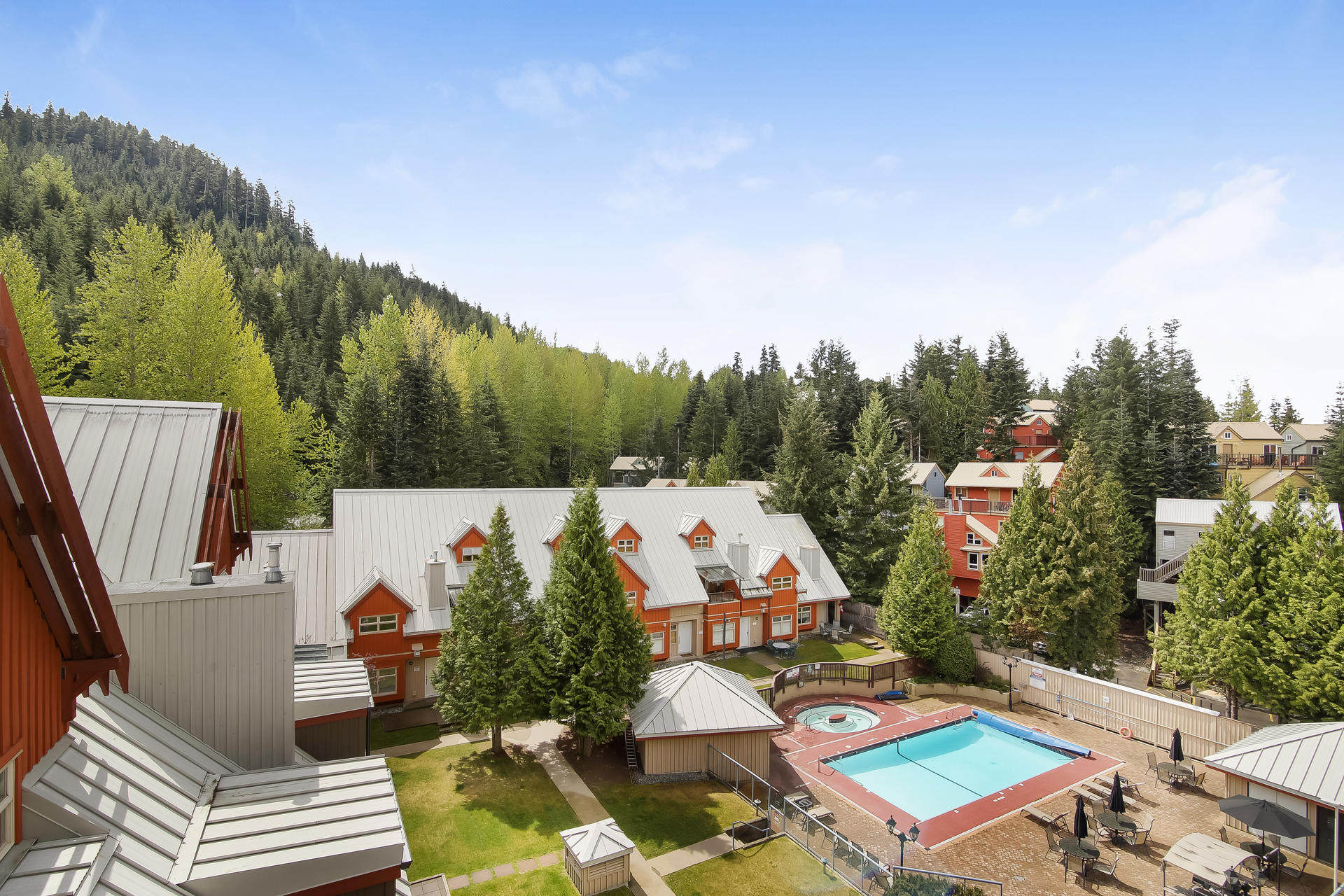 The air was a little cooler by then and it felt so peaceful.We passed just one lone fisherman and a young family with their Labrador. In the creek on the other side, we noticed a restoration project was in progress to encourage salmon to return and spawn.

It did briefly cross my mind that bears are usually most active in the early and late evenings but there were luckily none to be seen! 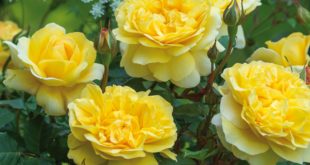