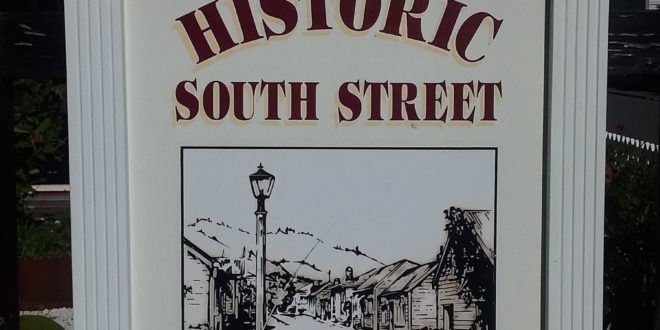 In terms of cuteness, there’s little else to beat sunny Nelson’s South Street. Almost hugging the cathedral, this historic precinct is an ultra-sweet collection of dainty workers’ cottages lovingly restored for the city and its visitors to enjoy. And best of all, most of the little homes are still lived in. 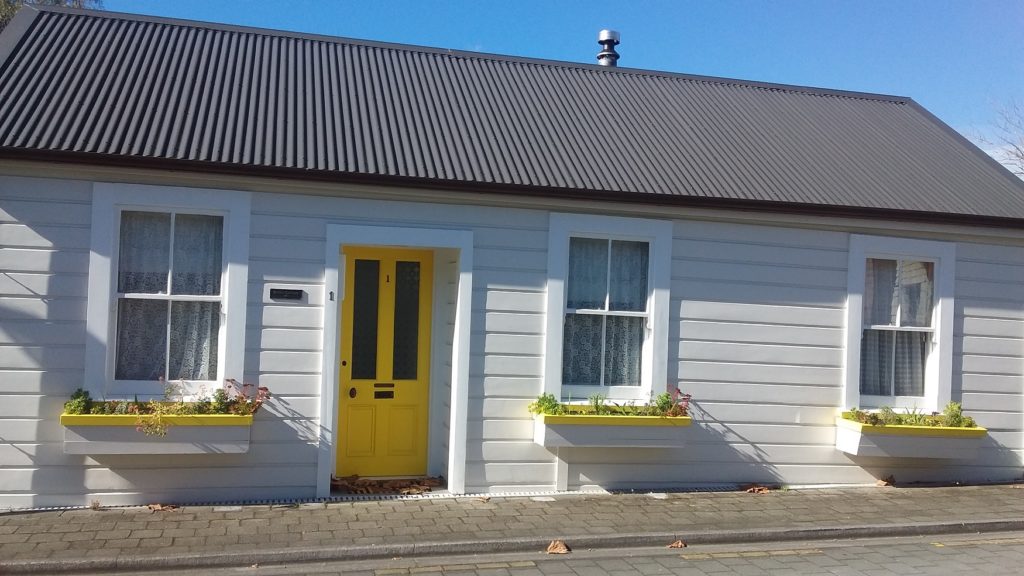 The significance of the dwellings came to the attention of locals when it was mooted the cottages be demolished to make way for a motel. Thanks to some serious lobbying, the Nelson City Council made the decision, in 1981, to protect the buildings, and the rest, as they say, is history!

Today, wandering up the street is like stepping back in time. Cobbled paving, and the removal of overhead wires coupled with the installation of lantern-look-alike lighting helps bring the past to life, so much so that modern day cars parked outside the cottages can seem rather incongruous. Glance beyond them, though, and you will encounter gardens filled with old fashioned favourites such as marigolds and hollyhocks, picture postcard window boxes hosting bright pansies, white picket fences, antique lace curtains, shiny oil-painted decking railings, and doors which open directly onto the street. If roofs aren’t sporting corrugated iron, they’re covered in wooden shingles. 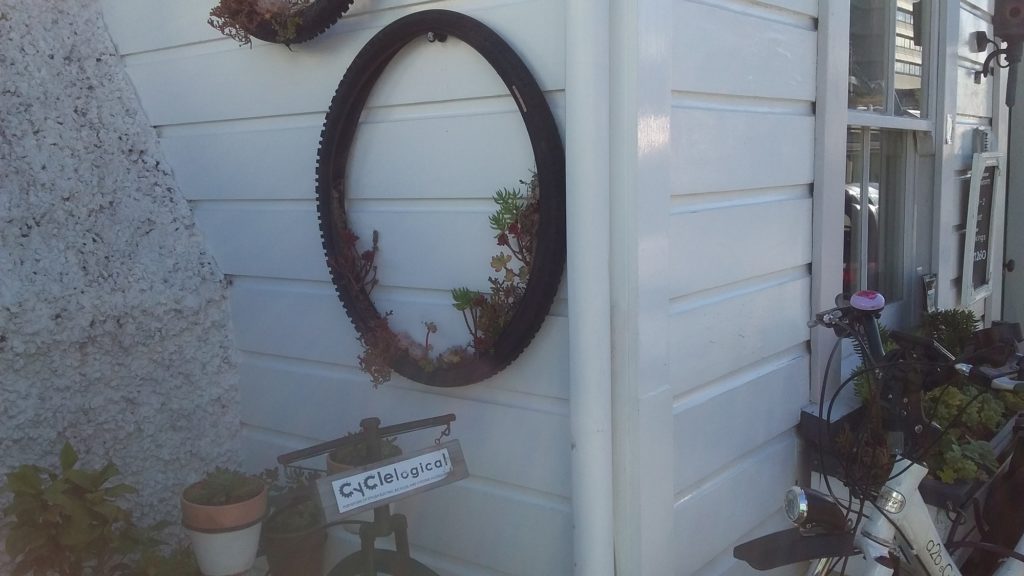 South Street is also home to some discreet businesses, including an electric bicycle rental and sales room. Tucked away in a white weatherboard cottage, it is recognisable by its cleverly re-purposed bicycle tubes which hang on the side of the home and are used as succulent gardens! Succulents also adorn the premises’ window boxes, and are for sale from the cutest little honesty-box stall. Further along the street you will find holiday accommodation cottages, while right around the corner from South Street is Little Treasures Cottage, selling an eclectic range of vintage china – from Crown Lynn to collectors’ salt and pepper shakers. 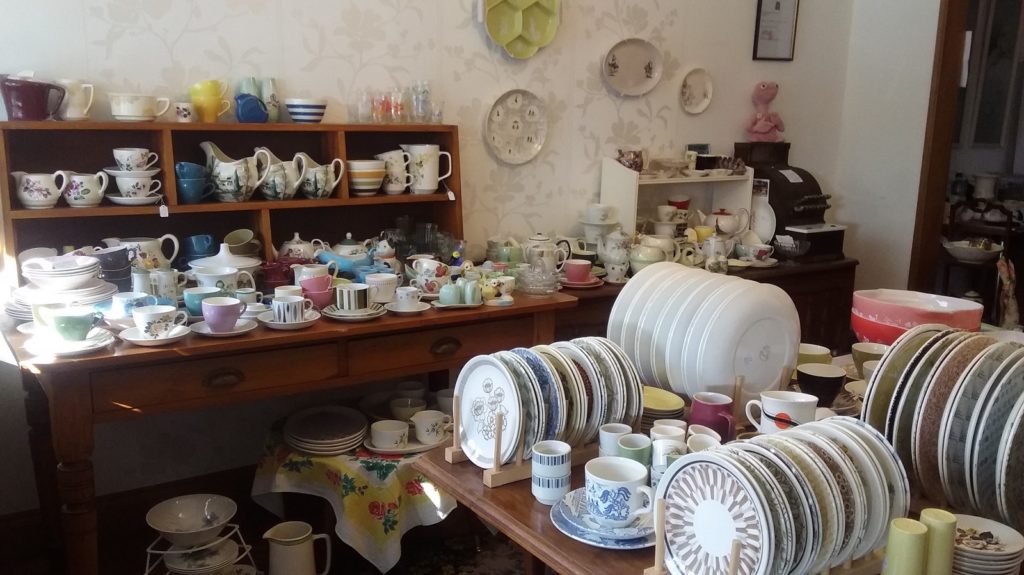 Animal lovers will also be at home in South Street, where well-groomed felines enjoy basking on sun-drenched porches and rolling on the warm cobbles. There’s the odd pooch in residence as well, and both pets and human inhabitants of South Street look forward to an old fashioned street get together when they celebrate living in harmony at their annual neighbours’ day.

Although it would be nice to drop in on the residents (as some visitors have apparently done!), these pretty cottages are not museums and do not offer tours so, much as you might want to, don’t knock on any doors or be tempted to peek through the windows. Instead, take yourself off for a refreshing cup of tea or a state-of-the-art coffee at Roma Cafe, just a short stroll away in Church Street. And before you leave the setting completely, visit the city’s cathedral which looks over South Street. 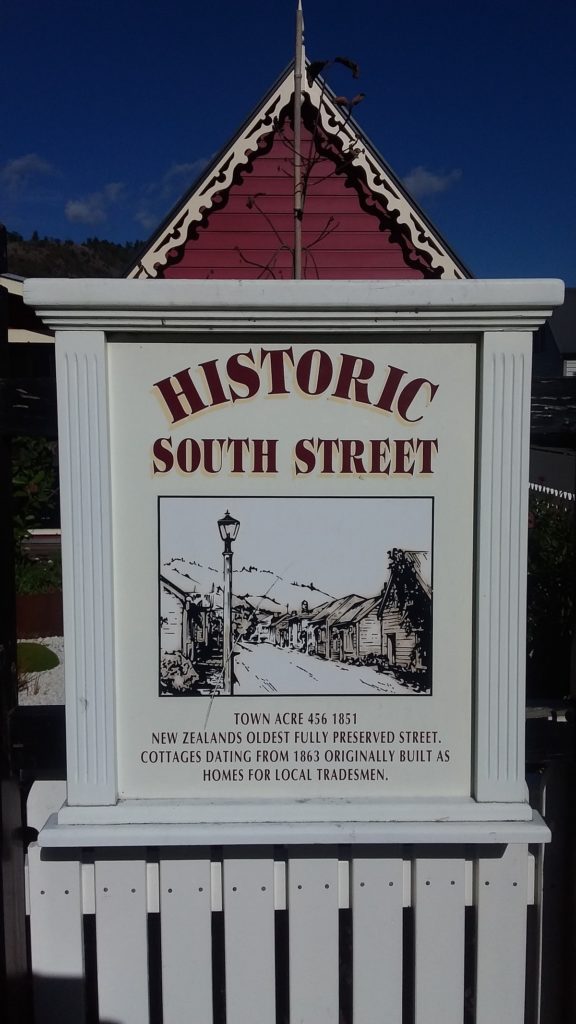 If you’re visiting South Street in summer, head there in the early morning when you are likely to be among just one or two taking snaps and stroking cats. Leave it until later in the day, and the street will still be navigable, but you may find yourself sharing it with a bus load of others! 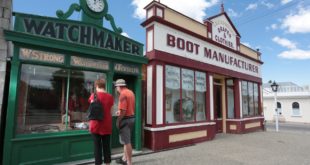