Category sponsor
Today's thoroughly modern seniors are doing it differently. Independence is their priority whether they're staying at home with support systems in place, or moving into a retirement village.
Retirement Living

How retirement options have changed even within one generation! As recently as 15 years ago, senior citizens obligingly accepted a rite-of-passage out of their own homes and into the local rest home that everyone patronisingly called the “old folks’ home.”

By today’s standards they were probably still young, fresh off their first pension queue at the age of just 65 and with any number of good years ahead of them.

Today’s thoroughly modern seniors are doing it differently. Independence is their priority whether they’re staying at home with support systems in place, or moving into a retirement village.

This is a trend that has as much to do with our global lifestyles and positive attitudes towards retirement as the Government’s well-documented “Ageing in Place” policy of keeping seniors living independently at ‘home’ as long as possible.

In some parts of the country, the focus of what is ‘home’ in the retirement context has shifted away from rest homes in favour of retirement villages. Empty rest homes are being demolished to make way for new village units, apartments or serviced apartments.

Latest figures researched for the association confirm almost 24,000 people are living in 318 villages registered under the Retirement Villages Act 2003 and an unknown number of unregistered villages.

Most of our retirement villages cater for independent people aged 55-plus. But those living in retirement villages over the age of 65 comprise only 4.8% of the total population over 65, a figure that is much lower than commonly assumed and which has remained near constant over the past nine years. In Australia the proportion has risen from 3-3.5% to 5.25% over the same period.

Seniors buy into retirement villages for all the trappings of the modern independent lifestyle, whether it’s the swimming pool, the café and bar, the cinema, the hairdresser, the doctor, the internet café, the library/computer room or simply the chance to settle among a companionable network of new, like-minded friends.

Dalman Architecture in Christchurch has designed a number of retirement villages over the last three years, including Russley Village in Christchurch and Springlands in Blenheim. The company’s principal Richard Dalman has noticed an increased demand for five-star hotel standard village complexes. >

As for what the baby boomers and subsequent generations will want from a retirement village, he says it will undoubtedly reflect the best of whatever defines a quality lifestyle at the time.

“China’s one-child policy means that there may well be one child looking after four elderly parents (including in-laws) which is why retirement villages have taken off there on such a dramatic scale,” he explains.

He believes it is too soon to tell whether the move away from extended family care of the elderly among Maori and Pacific Islanders in this country will translate into a trend towards an even more multi-cultural mix within retirement villages in the future.

Amid changing generational and cultural expectations, there are misconceptions about the retirement village concept and they invariably centre on the interpretation of the word ‘Care’.

“A retirement village is a lifestyle facility but it is not a care facility,” says Selwyn Heights’ Retirement Village’s award-winning manager Denise Te Tai. “You are buying into a village for a lifestyle that is underpinned with support and care.” It is an oft-quoted clarification that Denise stresses with one of her favourite lines. “We are a village who cares, not a village of care.”

She explains: “People invest in this village knowing that there is a support network available to them and their families when they need it. At Selwyn Heights Retirement Village we also have a care facility for rest home and hospital clients, offering a continuum of care.”

Observing different generational expectations, she adds “We’re still seeing a generation of people say, in their 80s, who are very obliging and who will say “If that’s what we get then that’s fine,” but it is their children – the baby boomers or what I call ‘the global kids’ – who are not as obliging and accepting.

“They are also the ones who need to understand that they need to continue supporting their parents, because any extra support that is required has to be paid for, whether it is taking someone to a doctor’s appointment or bringing in a physiotherapist every week.”

How Old is Too Young?

Many couples are taking the retirement village route so that they have shared memories, new friendships and long-term security in place before the death of a spouse. There are those in their late 50s who stay working full-time or continue to run their business from home in the village, where appropriate. After all, all that has changed in their lives is their physical address.

Then then there are those who make the move in their late 80s and 90s who’ll tell Denise with a polite smile “Oh no dear, this is not for me. I’m too young.”

“It is their choice. They need to do it when it’s right for them” says Denise.

“We are here to support them to maintain their independence as long as possible, not to take anyone’s independence away from them.

“Everyone does need to remember though that it is always better to be proactive rather than reactive.

“If you make your move too late in life, you may find that you may not qualify for independent living, severely restricting your lifestyle choices.”

First winner of RVA Manager of the Year award

The 60 residents of the retirement village nominated her for the inaugural Manager of the Year awards, jointly sponsored by INsite newspaper and the New Zealand Retirement Villages Association.

This accolade was announced at the 2009 Retirement Villages Association conference to the delight of Denise Te Tai, one of four finalists selected from 15 entries. It followed a process that included written nominations, a management interview, each manager’s own perspective in writing, an on-site inspection and interviews.

The competition was designed by the RVA, with the focus on the nominations by residents, so all managers could be judged fairly irrespective of the size and status of their villages.

For Denise, the residents’ input was the icing on the cake because it followed a period of major adjustment including the village’s 2005 change of ownership to the Selwyn Foundation and the construction of 26 new apartments signalling the start of a major development of the site.

“The fact that the nomination came from the residents after what they’ve been through was huge and very humbling.”

John Collyns, the RVA’s executive director told the conference that the award was a celebration of the sector’s achievements and a forum for sharing innovative ideas.

The three other finalists were Debbie Powell from Selwyn St Andrews in Cambridge, Karyn Armstrong from Vision Dannemora, Manukau and Evelyn White from Summerset by the Lake in Taupo.

Just you? Here are 5 healthy, tasty ways to cook 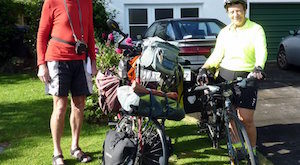