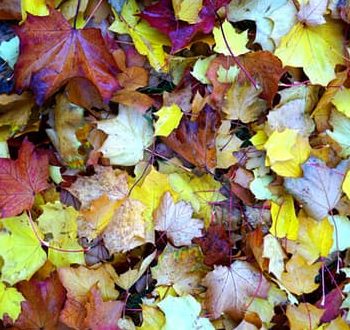 I love most things about autumn. The cool start to days that often turn out amazingly warm and sunny. The leaves on the deciduous trees changing colour showing nature in all her glory – or to put it another way: 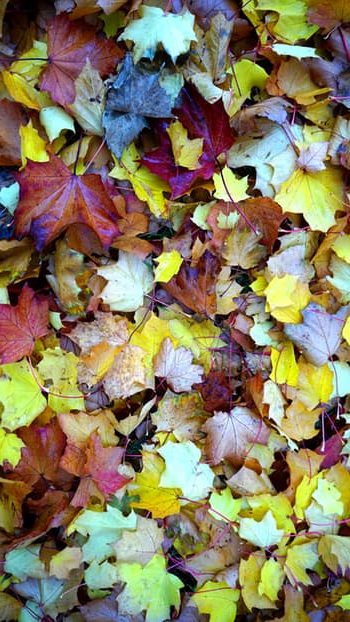 A day as crisp as the bite into a Granny Smith

into submissive order and wheel-barrowed off

to compost in philistine despairing silence

However, I have to concede that some people find autumn very challenging. There is something about falling leaves that offend their sense of order. Instead of viewing leaves lying on the ground as a natural part of life’s great cycle of renewal they are instead seized with an obsessive need to remove each and every reminder of the changing of the seasons.

Outside my back door is a paved area overshadowed by a large stunning Japanese maple that each autumn becomes a technicolour delight of a tree which eventually sheds millions of its glorious leaves upon our paved area. As a result, every day my dear wife (MDW) says in a loud voice, “I must go out and rake up the leaves.” This apparently innocent remark is usually accompanied with a sigh and a mention of sore backs and general tiredness. I know the correct response from me is supposed to be, “No you sit down and put your feet up. I’ll pop outside and rake up the leaves.”  Instead I remain silent. This means the whole of autumn can become fraught – I say no more. However, to be fair, I would happily rake up the leaves, say, once a week. It is just that obsessively doing them every day seems a bit over the top to me. I see nothing wrong with a layer of colourful leaves swirling around the pavers for a few days. Besides they are falling non-stop all the time and I have a great aversion to undertaking activities that seem essentially pointless.

To add to the problem there are the leaves we should never mention! I refer to the dreaded ‘Council leaves.’ These are from the Council’s deciduous trees, which are planted along the berms and shed leaves in their millions all over our front lawn, clog the drains, and become a squashed mess on the road. In theory, several times in autumn an Auckland Council sweeping machine is supposed to appear and sweep up the leaves from the gutters. In reality, by the time the machine appears months later, the leaves have been ground into a solid biomass on the road by the tyres of passing cars and instead of sweeping them up the machine basically gives them a light polish. MDW tells me, that under pain of death, I am never allowed to collect these dreaded Council leaves and add them to our compost heap. Too many leaves are not good for compost heaps and the Council leaves are of a particular character that even the compost heap apparently spits them out and protests. 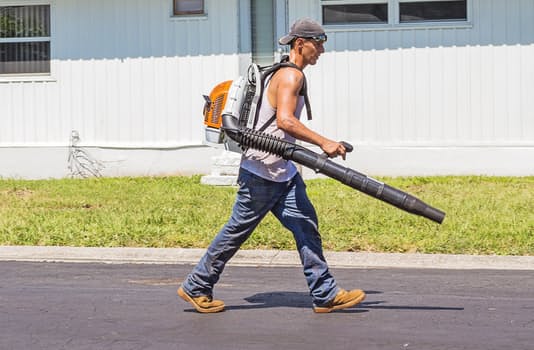 The obsession with autumn leaves is not just applicable to my family. I have many neighbours who seem to share MDW’s views on these delightful seasonal gifts of nature. The other day when I went out the front of my house to put the car in the garage, I couldn’t help but notice that no fewer than three of my neighbours, all male, were hard at work operating leaf blowers outside their properties. I instantly realised from the smug, blissful expressions on their faces that they had discovered the new acceptable manly pursuit for the suburban male. If you have become tired of being unacknowledged as you demonstrate your inherent manliness by cooking on the backyard barbeque, you can now strut it in public out the front of your property, by proudly marching about with a large noisy leaf blower sending clouds of leaves and debris onto the road. A leaf blower is the new phallic symbol.  I swear that one of my neighbours sometimes spends about three hours, endlessly walking up and down the front of his property wielding his leaf blower. Sometimes I have to work hard to resist the temptation to go over to him and suggest that the best way to deal with the leaf he has been chasing up and down the footpath for the last half an hour would be to turn off his machine and simply bend over and pick it up.

I also think that someone needs to publish a manual on the etiquette of the use of leaf blowers. Particularly, as blowing great quantities of leaves on to the road often means that many of them end up on the neighbour’s property directly opposite. I suppose that each neighbour could go out with a leaf blower and at the same time blow leaves from opposite directions into the centre of the road, so a huge pile is formed equidistant from each property. The only problem might be that as the men approach the centre of the road there could be a serious mechanical face-off – and no man would want to find out that his leaf blower was smaller.

Previous Article Video: Bugatti chiron at top speed
Next Article Bingo wings be gone! How to tighten your arm muscles