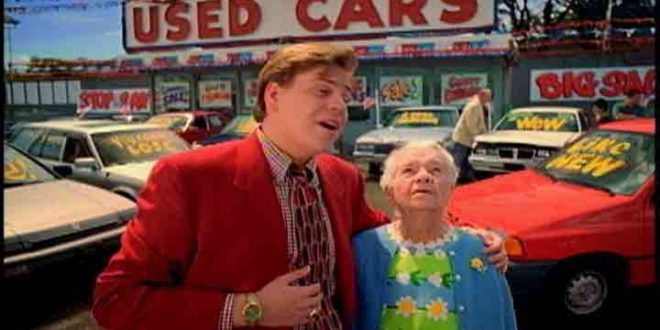 Last week as my dear wife (MDW) was driving to work, an oncoming motorist decided to make a right hand turn in front of her. The resulting crash wrote off her much loved car. Thus we entered the market to buy a replacement motor vehicle. I have never been a great car enthusiast. I have never purchased a brand new car. Somehow, spending a large sum of money on an item which so rapidly depreciates has never made much sense to me. A reasonably late model second hand car of a common make has always done the job well. No sports cars or muscle cars have crossed my garage threshold. This probably means I’m a boring and conservative member of the bourgeois … but proud of it. Anyway, MDW and I set out to find a replacement car for her.

Buying a car has changed so much over the years. In my younger days it was quite a search to find what you were looking for – you scoured newspaper ads on a Saturday morning and agonised over private sale deals. You took many vehicles for test drives, kicked tyres and peered into engines usually having little idea of what you were looking at. However, peering under bonnets was expected of all men – and virtually compulsory. Most of the cars of my youth were English made and frequently not examples of the finest automotive engineering known to mankind. 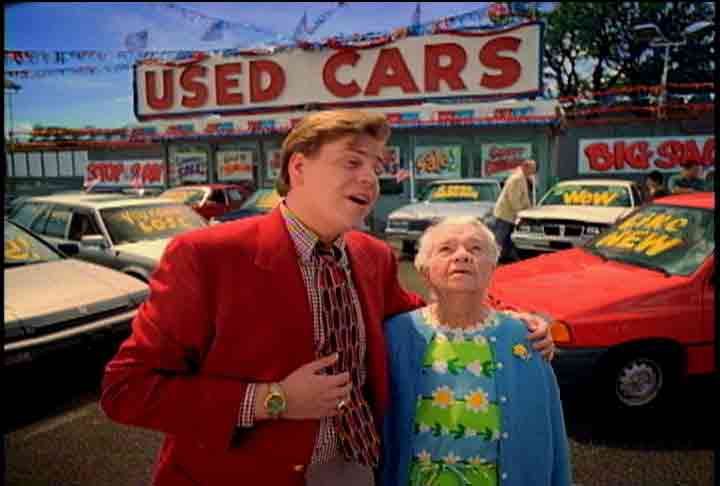 These days if you are buying a small hatchback from a well-known Japanese or Korean manufacturer, you know if you go to a huge warehouse run by a wholesaler of imported cars that there might be ten such cars on the floor, all looking like peas in a pod, and probably it won’t make much difference which one you choose. Your choice of wholesaler has probably been influenced by Trade Me listings. To be on the safe side you run it through an AA check but you might only bother taking one car for a test drive.

As an interested observer of my fellow man, I find the most fascinating part of the car buying process is assessing the sales technique of the car sales person. I’m pleased to say that it seems, at least where I go to buy a car, that the old style, pushy, white shoes type salesman is now not as common. I admit, however, I could be wrong in that assessment. MDW had a fairly good idea of what she wanted and we went to a large dealership to have a look.  All the vehicles on the lot looked immaculately presented. After a while, a pleasant older man greeted us and listened carefully to what we wanted. He fetched a recently traded vehicle and pointed out that though it needed various minor cosmetic work done on it, the firm would attend to this. After all the work was done, we could have another look at it and we were most welcome to get an AA report. He freely answered all our questions and was not at all pushy. We thanked him and said we would get back to him, as MDW wanted to look at another make of vehicle before reaching a decision.

The next day we went to another large dealership representing a popular brand. A young man approached us immediately we set foot on the lot.  We told him what we wanted to look at and he showed us the one example they had.  As we approached it, I couldn’t help but notice cobwebs on the back hatch, and when we looked at the boot with all the features he was extolling, there were twigs and rubbish to be seen on the floor. We told him the car had done more mileage than we really wanted but he immediately talked down to us pooh poohing the idea that it in any way mattered. Despite telling him the car was for MDW and she was buying it, he largely ignored her and spoke to me. Little did he know that MDW has a rabid dislike of people who ignore her, particularly when she is the one spending the money, and who mistakenly assume that the most important person present is the male.  He did acknowledge MDW to the extent of making a slightly sexist joke at one stage – also not a good look for a young man dealing with an older woman potential customer. He invited us into the office so he could check the computer for other branch holdings. By this time due to forty plus years of marriage and the uncanny ability to know what the other was thinking, along with exchanging only five or six words, MDW and had I jointly decided that the young salesman was an obnoxious prat and we wouldn’t buy the world’s best car from him.

We went home and phoned the pleasant salesman, who had actually listened to our needs and whose cars were immaculately presented, and bought from him. How hard is it to make a good impression on customers by simply listening to them!

Previous Article Video: What is dyslexia?
Next Article Joke: Burst your bubble