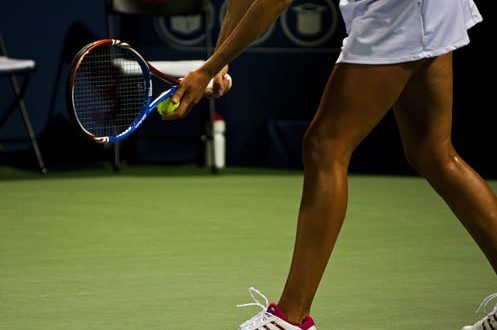 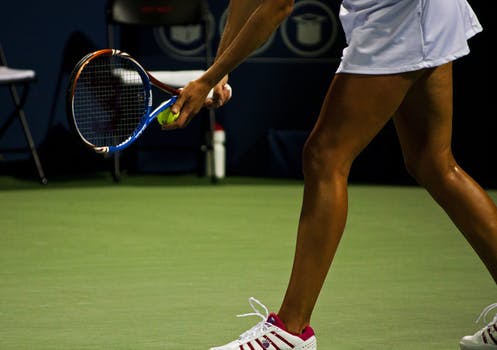 It is very appropriate that I write this column while Wimbledon is in progress.  Tennis has played quite a large part in my life. It was on the tennis courts that I met my dear wife (MDW) over forty years ago. I tell her the only thing I remember about that first meeting was the very short tennis frock she was wearing – it was the age of the mini skirt and even more mini tennis frock. She, being more tennis orientated, i.e. not looking at the opposite sex’s legs – remembers that I had a terrible backhand.

We played a lot of tennis after that first meeting. Sometimes we played endless sets of tennis on local courts in the height of summer holidays while sensible people were lazing on the beach. We both played interclub for many years – well into our 40s, (our children grew up around tennis courts and still hate the game with a vengeance), and we played business house tennis for some further years until eye sight problems meant we missed more balls than we hit. Finally, we graciously retired from the game. By that time, my knees were totally shot from too many years pounding asphalt courts before other more giving surfaces took over.

Occasionally when staying at a resort where there was a tennis court MDW would suggest a gentle game and I would always refuse to tell her that any sideways movements on my part were impossible. More honestly, I refused because I knew the term ‘gentle game’ did not form part of my competitive wife’s vocabulary.

It is therefore surprising to advise that MDW and myself are currently engaged in a non-stop life and death struggle involving the use of a tennis racquet.  I blame MDW of course. Some things have changed since those halcyon days when we could play a respectable game with reasonable timing, footwork and skill. Both of us have, however, mastered the art of the impressive grunt that seems such a part of modern day tennis. Alas, the short mini tennis frock, the neat crisp white shorts and the Fred Perry (ever heard of him) polo shirt have given way to sloppy baggy old people clothing. However, we are still keeping score but only because MDW is completely thrashing me, and wants to keep crowing about it. 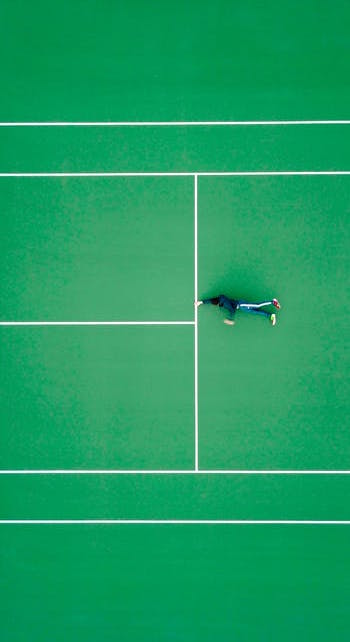 Two other things have changed in our current tennis endeavours from the past. The first is the playing surface. We usually play these days on carpet or grass. We don’t have clay, like at the French Open, but we do have mud – if it has been raining. One thing that changed a lot in our earlier playing days was the tennis racquet itself, as wood gave way to metal and then to carbon fibre. The increase in the size of the racquet head, and allegedly the size of the ‘sweet spot,’ was of great benefit to the suburban tennis court hacker. Our latest racquet has a small head and is made of plastic but is really high tech – it is battery powered (a sort of dummy run for proceeding from leg powered bikes to e-bikes). It is a carefully designed killing machine. The well-executed overhead smash or half volley off a chair can fry a fly in seconds.

For some reason, MDW, who in her playing prime never rushed to the net to volley, and was not a terrific overhead smasher, has shown an amazing ability to master these shots at this time of her life. No annoying fly, small or large, is now safe in our house as she relentlessly stalks them and administers the coup de grace. Her speed over carpet is amazing. Sometimes she ventures outside to swot white butterflies attacking the broccoli (personally I think anything that attacks broccoli deserves a medal), and scores well. If I mowed the lawns more often her speed to the broccoli row would be record breaking. As for me, I have to admit total failure. I swipe impotently in the air as flies buzz past my ear and easily side step my stalking attempts. I’m too demoralised to venture outside and attack the white butterfly population. I’ll just admire from a distance MDWs ability to inflict death with a tennis racquet and keep my distance when she is really on form.

Previous Article Fragrance in roses
Next Article Revive or reinvent?

Learning how to surf 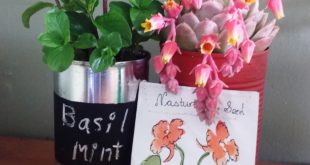 Plastic is out. Up-cycling is in.  Also known as ‘creative recycling’, up-cycling is all about ...