These days we are frequently told that robots are going to take overall our jobs. It is only a matter of time. For those of us already retired I realise this fact is only of academic interest unless we are relying on the next generation to support us in our dotage. Apparently, due to something called artificial intelligence, there will soon be nothing robots cannot do better than humans. 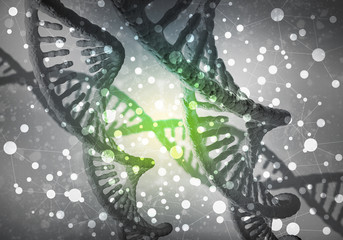 There is, however, one very popular activity that I do not believe robots will ever take over. It is an activity that has become immensely popular and has in recent years created an entirely new industry. I refer to the past-time of dribbling into glass test tubes and sending the disgusting contents half way across the world to be analysed. This activity is usually described in a more refined fashion by calling it DNA or genetic testing. But let us be blunt, it is just another form of dribbling. I guess because dribbling, voluntary or otherwise, comes naturally to baby-boomers that is where some of its appeal lies in our age group.

It is unlikely that mad scientists will ever want to develop a robot that can accurately dribble into a test tube, let alone develop some genetic material to go with it. There would be little use in telling a robot that genome sequencing identifies that its ancestors included a Toyota Corolla from Japan, with a hint of plastic McDonald’s wrapping from North America. It is of course much more useful for humans to find out that they had as an ancestor forty thousand years ago,  a Cro-Magnon man -who once mated with a goat. Am I one of the millions of people worldwide who apparently had a female ancestor ravished by a Viking?  From the number of people who claim a Viking in their ancestry, it really makes you wonder how they found the time to travel such long distances and pillage as well.

Providing the genetic sample and sending it away for analysis seems very simple. The companies that do it have reduced the procedure to a simple dribble by numbers and shake the tube procedure. However, it is not all easy. For example, you are expected not to have eaten for at least thirty minutes before providing the sample. I found having a large meal and then slowly counting to 1801, dribbling – and then rushing to the pantry for a protein fix worked quite well. It is not recommended that one gives too many samples in case food deprivation sets in. 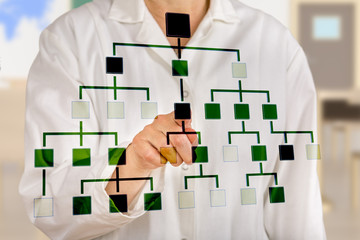 Despite the superficial appeal of finding out one’s ancient genetic makeup, I believe these tests need to be approached with caution. Has anyone, apart from me, ever read the terms and conditions you agree to with Ancestry, for example? They have the right to hold the sample for further genetic testing at a later date. If more science becomes available who knows what use may be made of your willingly given dribble? Undoubtedly they are hoping for scientific advances that will enable them to offer to sell you further tests, and access to more information. What happens if they identify a sequence that shows you might be predisposed to terrorist activity? Will your details end up with the US Department of Home Land Security so that your next trip to Las Vegas never gets past Immigration? Alternatively, do you really want to know if you have a genetic weakness towards some dangerous disease? Once you know do you have to inform your insurance company?  As someone once said – “If ignorance is bliss, ‘tis folly to be wise.”

Also, it seems to me there may be problems inherent in finding too many fourth cousins, or other distant relatives. Just think of all the Christmas cards you might have to send. Oops silly me, I forgot, no one sends Christmas cards these days.  You can just put the details into an automatic Christmas card programme on the computer and it will send an e-card with as many red robins and falling snow flakes as anyone could ever not want – at the push of a button.  Also imagine, for example, if huge numbers of people turn up on your doorstep claiming to be distantly related to you and all looking for free bed and lodgings every time there is an Irish and British Lions Rugby tour. I expect there could be quite a few distant rellies wanting to get their own back on Kiwis who have enjoyed their past OEs at somebody else’s expense. Personally, I am waiting for the first man with a Nigerian accent to phone me wanting a payment of only a few thousand pounds to help me secure some inheritance worth million that is presently held in Chancery – in the name of someone with the same surname as myself. They must be a long-lost rellie, right?

Whether one wants to be knowledgeable or remain in blissful ignorance about one’s forebears, there is, however, something mildly appealing about spitting in a tube and sending the contents off to President Trump’s America. Perhaps genetic testing has become a form of silent protest?

Previous Article 60 and beyond – Discovery of retirement
Next Article Joke: Drive through banking