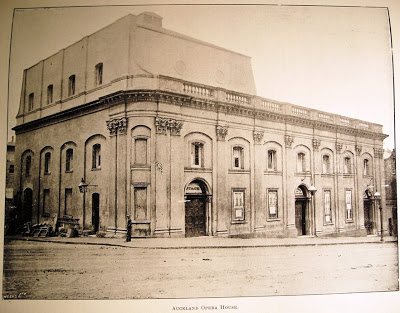 I’m about to start writing my next novel – it will be a sequel (of sorts) to ‘The Girl from County Clare’, taken from the viewpoint of the youngest character, Jane, who is entirely fictitious. I suspect Charlie, the youngest one from ‘Gwenna’ may appear too, but time will tell on that.

The historic aspects of this story will be as well researched and factual as possible and in keeping with my previous novels, but since I made up the younger characters it will be different insofar as they are not based on any particular person. Having said that, there will be real people involved in the story.

I’m digging into Auckland’s theatrical past. Did you know Auckland had an Opera House, first built by H.N Abbott in 1882?

Many music hall and vaudeville-style shows were produced there and it hosted many touring groups including famous stage performers and opera singers of the time. Mr Abbott died in 1899 and the theatre was taken over by Sir Benjamin and John Fuller and the building was renovated, extended and refurbished in 1902. Only to be sadly burnt down in 1926. It took far too many years for Auckland to come up with an alternative, but I’m sure there are many stories about what when on in that building used by the likes of groups like Pollard’s, Rickard’s, Musgrove’s and many others. 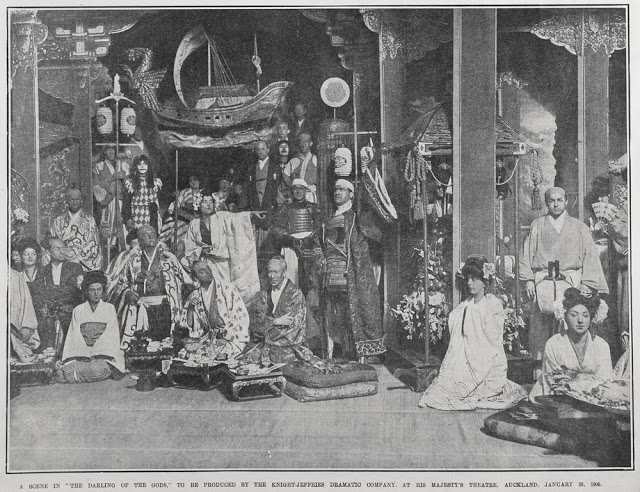 In 1904 His Majesty’s theatre was built and for many decades was managed by the JC Williamson group. Again, the stories – and shows – are endless. The library holds copies of the programmes and the adverts alone are worth reading, let alone the details of the play and actors performing. It too met its demise.

I’m sure Aucklanders will remember attending shows at His Majesty’s and the demolition of the theatre and the arcade, which began on Christmas Eve in 1987. Were the authorities hoping that Christmas celebrations would distract the populace from protesting? It didn’t work, but the protests failed nevertheless.

Then in 1910 Kings Theatre in France Street (better known as the Mercury Theatre) was built. Is there anyone in Auckland who didn’t attend some event there? It’s time sadly came to an end as well. 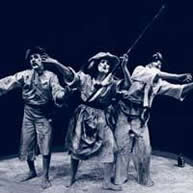 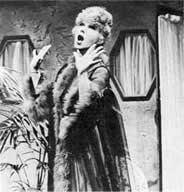 But, while this is all interesting, I’m far more interested in the people of the theatre – and in particular the women (and some men) who designed and made the costumes for these productions. It was the women who sewed for long hours in poor lighting to produce the elaborate costumes. They are barely mentioned in the programmes and little can be found about the individuals concerned, so my task is to bring their story to life. I’m looking forward to the challenge.

Does anyone have memories or stories of these early theatres and shows?

I was told that Fuller’s Theatre Company used to tour New Zealand and they would leave from the Onehunga wharf in full costume, with the women in glorious picture hats and elaborate dresses.

I’d love to hear your stories. 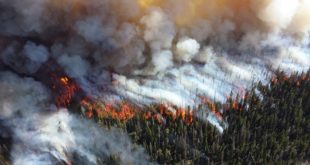