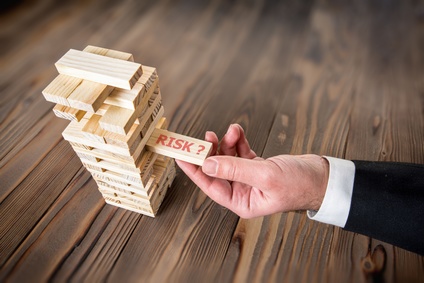 The question of whether it is “safe” to re-enter the Pike River mine or what has to be done to make it “safe” provides an interesting example of some of the principles of risk management.  The previous government, guided largely by Solid Energy, maintained that it was too risky to re-enter the mine and basically abandoned the idea.  The current coalition government has not accepted that view and has both committed itself to re-entry and set up a special purpose agency to lead the effort.  Re-entry has been delayed recently but the commitment remains.

An extra nuance has been added to this by a recent statement by the Police that they will not be amongst the first to re-enter the mine because of safety concerns. Exclusion of the Police from the first wave of re-entry raises some quite serious forensic concerns of contamination of what is potentially a crime scene.

So, from a risk management point of view who is right and who is wrong – the Police who seem very reluctant to enter the mine., or the Pike River Entry Agency and the Minister, Andrew Little, who say they have only to iron out a few minor issues before re-entry gets the green light.

The answer is neither the Police nor the Agency is “right or wrong”.  It all depends on how different agencies perceive the risks involved.  The reality is that a risk management approach may look very precise and scientific when laid out in a textbook, but in practice, it is as much an art as it is a science, which depends on judgement as much as the analysis of hard data.

There is a mix of issues involved here which are hard to separate.  Two of the most basic issues are that of how much risk an individual or agency is prepared to accept, and how much knowledge or experience they have in relation to the risk subject ie how well informed their judgements are able to be.  In the case of Pike River I don’t think “risk averseness” – or the “appetite for risk”- is the core issue.  The Police are used to dealing with risky situations – in a sense they exist to do so!   However, the critical difference with the Pike River Entry Agency is that of knowledge and experience.  The Police are being asked to be a part of an operation of which they have no real experience, whereas the Agency, if not expert itself, has developed its plans in conjunction with experts who have plenty of relevant prior experience.

Lack of knowledge and experience can be expected to make an individual or an agency risk-averse to a particular risk, and that I think is the situation with the Police.

However, there is also the issue of accepting that risk is never zero and conversely, there is no such thing as a completely safe situation.  There is always some residual risk, even if it rates as negligible.  Thus, it would be impossible for the Re-entry Agency to promise the Police 100% safety, if they wanted a guarantee at that level.

The other critical part of the risk management process is the risk assessment which analyses the specific risks of the situation being considered, ie what are they and what likelihoods and potential magnitudes are associated with each risk. The risk assessment process is also information dependent and there is an understandable (and prudent) tendency to take worst case scenarios if information is lacking.  The result is to assess the risk as being relatively high.  However, this is the one area where it is important that as far as possible all the agencies involved reach a common view.   If there are differences, they should be discussed and information exchanged until the differences have been resolved.    This allows the issue of “risk averseness” to be subjected to a further but separate discussion, which is not distorted by being related to different risk assessments.

The aim of this discussion should be to identify the reasons for the Polict being “risk averse” in regard to re-entry, and to find ways forward which allay the associated Police concerns.   I think the ultimate objective should be to reach a point where the Police can enter at the same time as the Re-entry Agency, so that forensic concerns are allayed and the possibility of criminal proceedings is safeguarded.