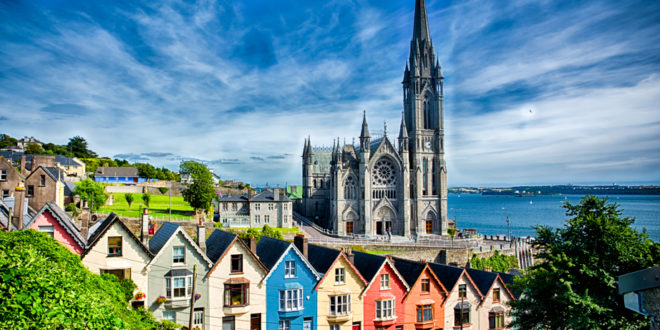 Ireland – the land of song, of sadness and joy: the land where people have survived the worst and can still laugh at themselves. There is something about the Irish spirit that is infectious.

We were fortunate enough to visit Cobh (pronounced Cove) in the south of Ireland last year and will visit again next year. It was the last port of call for the Titanic on its fatal voyage, and where the Lusitania was torpedoed in the waters nearby. The town is full of history. 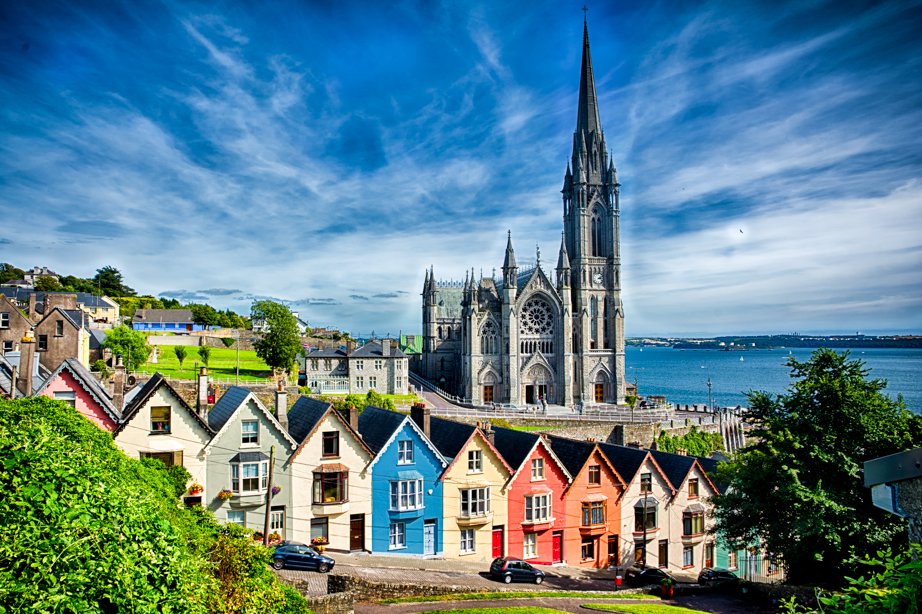 Many Irishmen and women ended up in Australia, either voluntarily fleeing poverty and starvation just as Brigid did in ‘The Girl from County Clare’, or involuntarily as convicts. Whatever the reason, people with Irish blood can be found in many parts of the world.

I did a lot of research when creating the character of Brigid to the point where I understood her. I knew how she felt about things and wasn’t surprised to hear words in my head that came from her mouth as I followed her journey across Ireland to London, her point of departure.

In Cobh, every time a cruise ship arrives from Australia, the townsfolk have an “Australia Day”. The flags wave, the bands play, and there is music in all the pubs. It is just as well we did the history tours in the morning and ate well at lunchtime before we found the pub with the best Irish band and spent the afternoon singing, clapping, dancing, and oh yes, drinking until the time came to reboard the ship.

After having such an enjoyable day in Cobh, a little part of me wished Brigid’s ship had sailed from Cobh – that I could feel as though I was standing where she had once stood, but at least I could take away the sounds of her country ringing in my ears – the lilting Irish voices and the traditional songs that maybe she sang too.

Previous Article Video: Sheep protest
Next Article A Southern tour with a Southern Man – Catlins & beyond

Dear Robbie198
Thank you for sharing your amazing story and I’m so glad to hear you have recovered from your ordeal and to know you are still writing. It is the support of our fellow writers and our readers that keep us going. Well done.
Thank you to for saying you enjoyed my books – ‘The Girl from Country Clare’ about Brigid the Irish lass and ‘Gwenna’ the story of a Welsh girl.
Good luck with your writing.
Vicky

I joined GrownUps some time ago but never got round to posting a comment. Today I said I will make time when I noticed a fellow writer Vicky Adin, who had posted and mentioned Ireland and one of her lovely books THE GIRL FROM COUNTY CLARE. A Book I thoroughly enjoyed and also her novel GWENNA.
I was born in Co. Antrim Northern Ireland one of 6 children with an Irish father and a New Zealand mother. I have travelled and worked in different parts of the world finally settling in NZ and have a son and two grandsons. I have been self publishing for 5 years, beautifully illustrated children’s books, and short stories for grown ups(!) OLD & NEW TALES TO READ IN A HAMMOCK.
But I wanted to write about how last year I found myself in an ambulance, siren going, on my way to hospital with a stroke. I came to next day unable to speak or write (not good for a writer) and here I am, a year later almost fully recovered. It was my mind set, my determination not to accept that my inability to write, or walk more than a few steps, the struggle to find words, was permanent. I believed I would recover and did everything I was told, took (reluctantly) the drugs I needed. I still have to rest in the afternoon and recognise when I get tired. But I feel good, I have just published 4 new children’s books which had been simmering away for some time. What I’d like to encourage everyone that we can do anything we want if we are determined, expect you are going to achieve. It is hard work but the feedback I get from my readers is so wonderful and has been part of my recovery. Don’t give up! I’ve done more brave things than I have for years. Like learning to put a power point presentation together and give 3 talks in July to Book Groups on what inspires me to write. And they paid me! There I’ve said enough and we’ll see where it takes me.