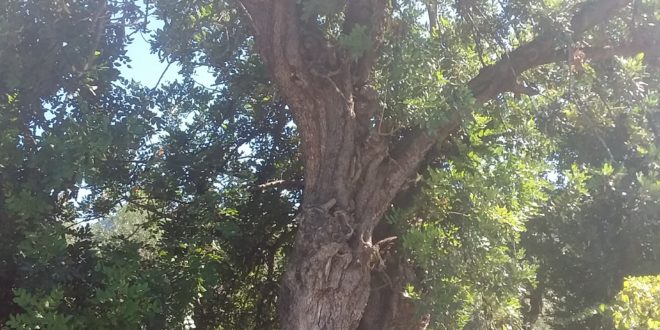 Carob trees tolerate drought conditions once they are established
Gardening

Carob is an oddly mysterious product. While most of us have a vague knowledge that it is somehow ‘good’ for us, not everyone has tried it, few people really understand just what it is or where it comes from, and even fewer realise it can be grown in New Zealand.

Just what is carob?

Like peas, beans, and lupin, the carob tree (also known as the Honey Locust) is a legume, belonging to a family of plants which harness nitrogen from the air for the benefit of the soil (which is why many of us grow legumes as a winter cover crop in our vegetable gardens). It grows as a medium-sized tree which, after a period of around 8-15 years, produces long pods which are similar in size and appearance to flattened broad bean pods. The leathery pods are a deep creamy-green colour but gradually turn brown as they ripen. They spring from both the branches and the trunk of the tree, and are harvested in late summer.

To harvest the pods, nets are laid around the base of the trees and the branches are beaten to dislodge the fruit. The hard seeds inside the pods are removed and processed separately to make a gum that is used, among other things, as a thickener and stabiliser in foodstuffs. The pods are washed and dry-roasted before being ground into the fine powder we can find for sale in our supermarkets. It’s this fine powder which we can use at home in drinks and baking, and find (combined with other ingredients such as milk powder) in confectionery.

Is carob actually good for me?

Carob is best known as a chocolate substitute – but why would anyone choose to swap in this strange dark substance for rich cocoa beans? The answer lies in the fact that unlike cocoa beans, carob is free from the caffeine. With so many of us are addicted, caffeine is often viewed as a stimulant we’d rather avoid. Carob also contains vitamins A and B, several important minerals, and it is a good source of protein. However, although carob doesn’t contain the fat that cocoa beans do (carob is just 6% fat) it’s not the guilt-free product that many people believe it to be. The sugar content in the pods can be up to 50% which means that the calories in carob drinks and products, even when no sugar is added, is not insignificant.

As with many fascinating food crop trees, the carob has yet to be discovered to any significant degree in New Zealand – which is a great pity given the potential of its pods to be both an animal feed and a source of nutrients for human consumption, and for the tree itself to provide good shelter and a means of erosion control.

If you live in a warmer part of the country and want to try growing something different, look for seeds of carob in the Kings Seeds catalogue, follow germination instructions carefully (the seeds require soaking), and sow plenty as germination rate is poor. The seedlings quickly develop a long tap root so sow them in a root trainer and plant them out as soon as possible. Although the trees are tolerant of drought conditions, they require protection from frost and wind until they become established. While there have been reports of carob trees being grown with success as far south as Rangiora, those in colder regions will have to remain admirers of this tree from afar. 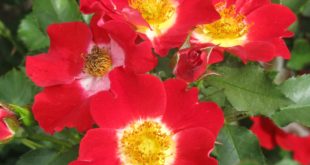 With the 50th anniversary of the New Zealand Rose Society trials being celebrated this year, ...