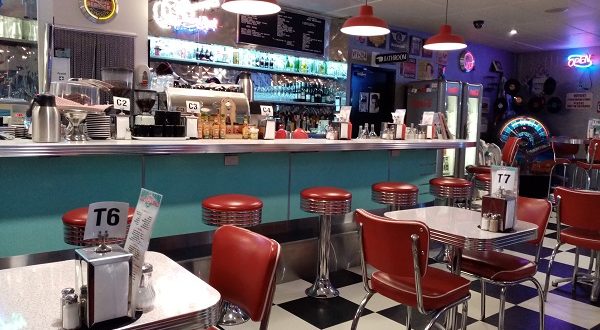 It’s one thing to eat out, and another to eat an American Diner-themed restaurant. The experience of neon signs, flickering jukeboxes, shiny chrome and Formica furniture, and wait staff in sassy uniforms, is nothing short of sheer entertainment. Throw in the Root Beer floats, striped straws and heavy ‘made in America’ sundae glasses, and you’re instantly transported back to the 1960s. But interestingly enough, the American Diner style restaurants we can enjoy, even in New Zealand, have their origins way back in the mid 1890s. 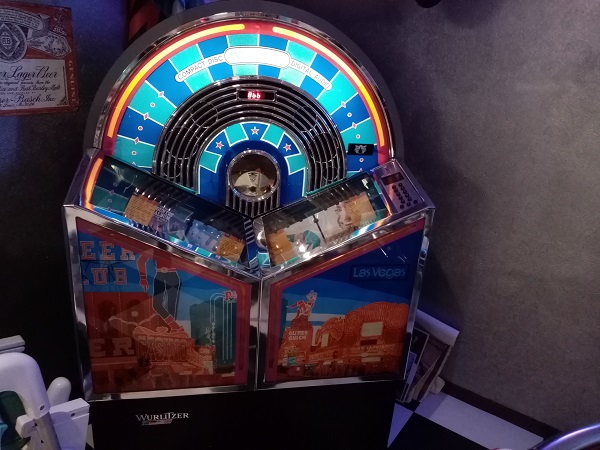 Walter Scott was an entrepreneurial newspaper type-setter when, in 1858, he decided to earn a few extra dollars by hawking sandwiches and coffee, from a basket, to night shift workers. When his business became highly successful, he got himself a horse-drawn covered wagon and parked it where he knew he’d find hungry customers. Walter’s mobile food cart, and others that followed, became so successful that companies were soon manufacturing purpose-built mobile dining carts that not only sold food and beverages, but which featured covered areas to allow customers to shelter from bad weather, and bars and stools where patrons could be seated. And they didn’t just operate at night – they became a favourite spot to pick up a light lunch. 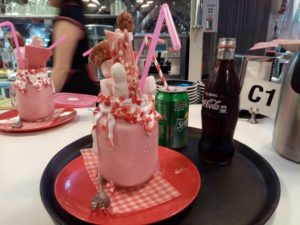 At the same that mobile diners were enjoying a roaring trade, horse-drawn streetcars (the ‘buses’ of the period) were being phased out in favour of electric trams. Instead of seeing the older form of transport decay in a streetcar graveyard, people began buying them up and converting them to diners! While diners, for a time, experienced the same unsavoury reputation as some New Zealand’s ‘pie carts’, women were soon taking them over from their menfolk, painting them in cheerful bright colours and giving them a whole new air of respectability.

While many businesses failed during the depression, especially those that relied on discretionary spending, American diners surged ahead because of the low-cost food they supplied. They were also popular at the end of World War 2 when the American economy surged ahead and people began eating out more. 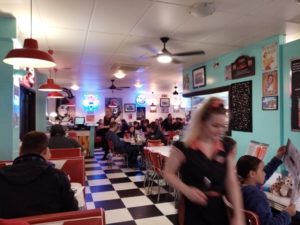 Diners took on their present day look in response to the need to stand out from the many other restaurants that were opening up in towns and cities. Their bright neon signs, black and white tile floors and shiny chrome were a way of saying ‘look at me!’. The decor was also a way of acknowledging the the space age which was gaining a momentum. While what we think of as traditional diner-themed decor lost popularity for a time, it surged back in the 1970s with a retro vengeance that is still enjoyed today.

If you’re looking for an American Diner that won’t disappoint, high tail it to New Plymouth and slide into a booth at the Deluxe Diner on Leach Street. Elvis and Marilyn Munroe swagger and pout from the walls 6 days a week from 9am until late, and food is seriously fresh and full of flavour. Unless you’re seriously averse to the occasional hit of sugar, be sure to ask to see the kids’ menu as well, and order yourself some serious eye candy in the form of a knickerbocker glory!

Previous Article New Zealand Place Names – and how you can alter and create them!
Next Article Getting Scam Savvy with Bank of New Zealand 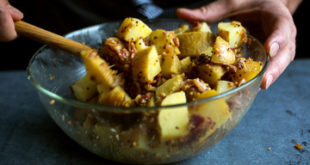 As good as it sounds.