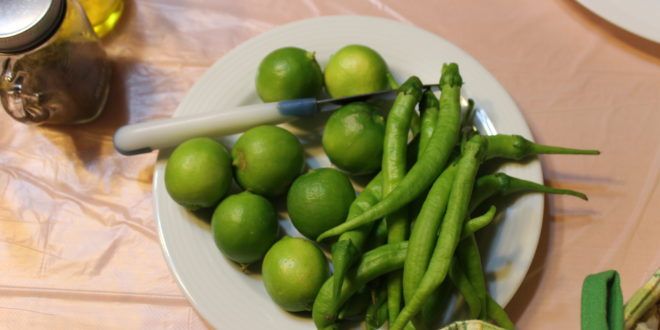 It can be tempting to swap in a lemon for a lime in a recipe, but although these two citrus fruits are relatively similar in nutrient content, they are a world apart in flavour. This is due, largely, to the different acids displayed in each fruit. Limes have more acid in them than do lemons, but lemons contain more citric acid than limes. Limes also contain citric acid but hold other, different acids as well, and it is these other acids which give the lime its slightly bitter flavour. 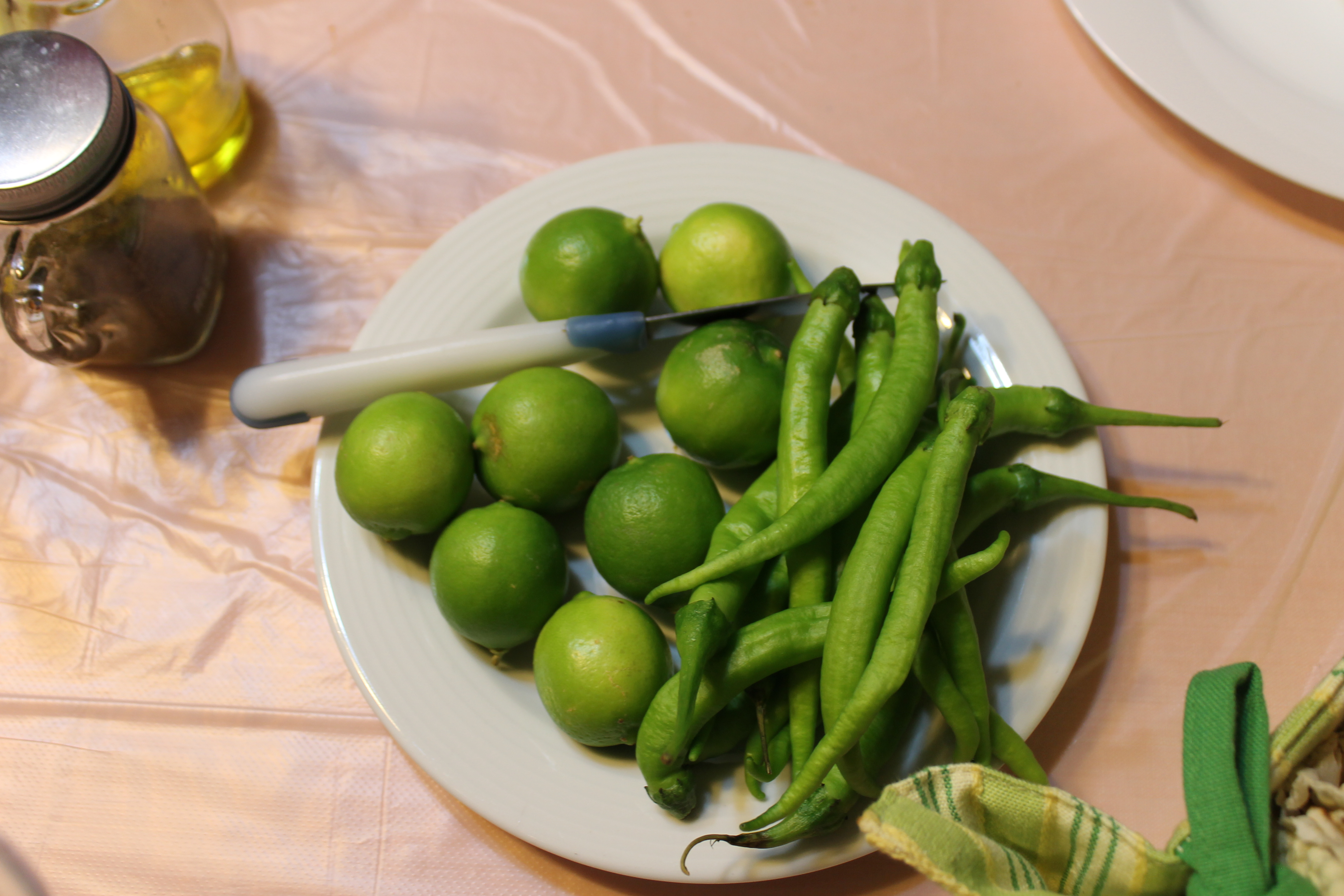 While a lemon is thoroughly tart, a lime also has a ‘zing’ but it is usually sweeter and holds more complex flavours. In New Zealand, we are less accustomed to the subtle but essential differences in flavour between lemons and limes, but we do still seek them out when they are available. Most New Zealand limes hail from the East Cape area around Gisborne, while throughout the country, several varieties are grown. These include the Mexican (Key) Lime, a hardy citrus which survives conditions as low as -6°C (which means many South Islanders can grow it), and the seedless Tahitian lime which is more acid, strongly perfumed, and is excellent for squeezing as it has a thin rind. We can also find the warty-skinned Kaffir or Thai lime growing in New Zealand. This variety offers both fruit and leaves for use in cuisine where they play an important part in curries and spice pastes as well as soups. Of the three varieties, it is the Tahitian which forms the bulk of our commercial lime crop.

Sometimes described as ‘spicy’, limes have always have been in hot demand in Persian cuisine. Even today, it’s unusual to sit down at an Iranian table (even at breakfast time) and not find a lime on a plate. The fruit is also valued in India where it’s used in pickles and chutneys, and is hugely popular in Mexico. It also regularly turns up in dishes in the West Indies and the Pacific.

Searching for limes on our supermarket shelves can be a tricky business. This is for two main reasons. The first is that lemons are often picked before they are ripe to avoid them being bruised during transportation, and in this state, they can be quite green in colour.  The other difficulty is that limes are not always the green shade we might expect them to be. This is because, as some varieties ripen, they turn a pale lemon, in which case they can be mistaken for ripe lemons. Generally speaking, however, limes are rounder and smaller than lemons.

If you do find that a recipe calls for a lime, and you have only lemons at your disposal, all is not lost (unless, perhaps, you are aiming for a dish with a thoroughly distinctive flavour such as Key Lime pie). The important thing to remember is that limes tend to be more acidic than lemons so if you are being asked for half a cup of lime juice, use ¾ cup instead, and reduce another liquid in the recipe accordingly.

Previous Article The Buzz of Beekeeping
Next Article Phone addiction is a grownup problem, too 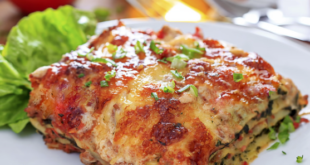 A properly-made lasagne is a dish of consummate beauty and one of the most beloved ...