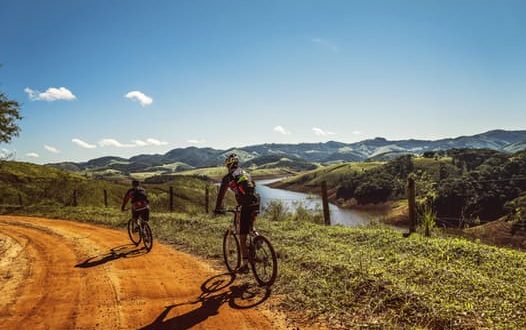 Have you ever thought of taking up bike riding as a boomer?  The knee joints are giving you hell and running is out, also long walks are problematical, that’s when cycling suddenly rears its ugly wheels.  You remember the childhood thrill of free-wheeling at high speed down a hill, the sun on your face, the wind in your hair and a sense of freedom and adventure in your mind. Perhaps secretly you have always yearned for a pair of tight lycra bike pants that shows off your shapely bottom, or accentuates your bulging manhood. You have to be mad or perverted, or both.  Shame on you!

However, it is hard to resist the urge to see if what they say about never forgetting how to ride a bike is true.  I can reveal that it is. You will discover that, yes – you can still ride a bike. However, an important caveat, you will probably discover that you can still ride but with less balance, more wobbles, more fear and a higher likelihood of breaking something if you fall off. You will discover a scientific fact that has never before been revealed (remember you read it here).  The ground (terra firma) has over the last forty to fifty years become noticeably harder than it used to be. Although you probably have more inbuilt natural padding from when you last rode a bike, it will not make up for the increased hardness of the earth beneath the bike. The best scientific explanation I can give is that due to global warming the moisture has been driven out of the ground making it harder. It is also known as the ‘sunburnt effect’.

Recently a female boomer of my acquaintance broke her ankle in a bike accident. She was riding through the narrow entrance to a park when she collided with a sign right in the middle of the pathway. The sign helpfully stated that the large area of grass with swings and slides ahead of her was a council park and to take care as council accepted no responsibility for personal injuries. I’m expecting that Auckland Council will soon put up another sign saying Beware of the Sign or perhaps Keep to the Grass – the Footpath is for Signs Only. 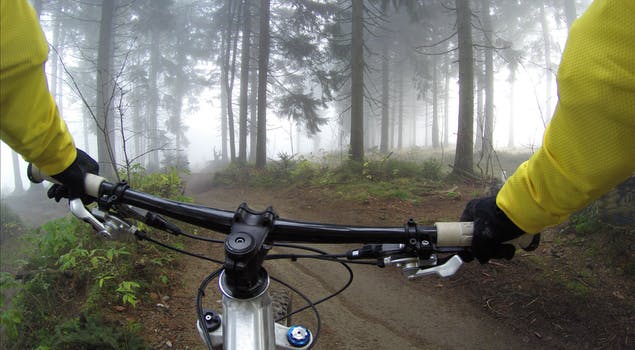 Bike riding forces you to rediscover old skills, like how to repair punctures and replace inner tubes. You will discover that you know how to do these things in principle, but in practice, they will take you a very long time. Recently I was riding out in the country with a fellow senior cycling enthusiast when I got a puncture. A large nail had driven through both sides of the tyre.

‘We can soon fix that Terry,’ said my mate. Pete is a much more practical fellow than me.

‘Okay,’ I said optimistically, ‘I have a spare tube with me.’

We soon had the tyre off and the tube out. I produced the spare tube I had been carrying around for many months. It looked a bit small. I had never examined it before but it was the size for a child’s bike.

‘Never mind,’ said Pete, ‘I have a brand new tube in my kit.’ (Pete always cycles with a large pannier as well as a large backpack. What he has in them is a closely guarded secret.)

We soon had Pete’s brand new tube in place and I pumped away furiously with the small plastic apology for a cycle pump one carries these days. It was a long slow business.

‘I think I have a better pump than that,’ exclaimed Pete, scrabbling through his backpack. He produced a bigger sized pump and pumped away furiously. The tyre almost looked full of air. Pete paused with his pumping and as we watched, the tyre slowly deflated.

“I think your tube is no good,’ I advised Pete.

‘I just can’t understand that,’ Pete said. ‘I only got it last week from the $2 bin at The Warehouse.’

“Well you certainly got a bargain, Pete,’ I told him.

Pete headed off at speed on his bike to fetch his car while I sat beside my disabled bike on the lonely country road. After a quarter of an hour or so, the first car came along. It was a late model BMW driven by a young blonde woman who could well have been a model herself. She stopped opposite me and the driver’s window whirred down.

‘Do you need some help,’ she inquired. 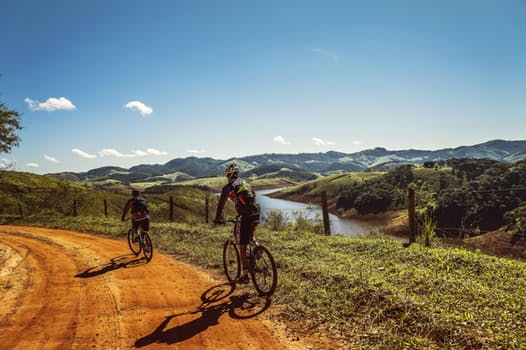 My immediate thought was to scream ‘Yes,’ leap into the BMW and be driven off into the sunset by the blonde, but common sense prevailed and I told her that I had a friend coming to collect me. She drove off and I watched her go feeling most depressed. I realised that she had stopped only because she thought I was a poor pathetic old man who might need help, not from any desire to make my manly acquaintance.

Pete returned and we put the bike on his SUV and he gave me a lift back to my car. Our ride had taken so long and we were covered in so much grease that for the first time in living memory we decided to forego our usual coffee. Sometimes desperate situations call for desperate measures.

(In a future article I shall explain how watching a YouTube video on how to repair a bike puncture does not make you an expert.) 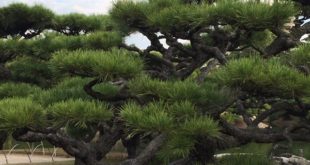