Pancreatic cancer statistics are shocking, with it being the 4th biggest cancer killer of Kiwi men, however it’s an illness that most people haven’t even heard of. However, there is good news in the form of two exciting research developments.

Pancreatic cancer has a very low recovery rate because it is hard to diagnose in early stages, spreads quickly to other organs, and even once diagnosed, is hard to treat.

The early stage of the cancer that has claimed the lives of Steve Jobs and Patrick Swayze generally has no symptoms and concerningly subsequent late diagnosis has a survival rate of about three-and-a-half months.

So, what is being done?

Encouragingly, scientists from Sydney’s Garvan Institute of Medical Research have announced recent findings they hope could slow the spread of the cancer.

The researchers found that reducing the levels of a molecule called perlecan leads to a reduction in the spread of pancreatic cancer as well as an improved response to chemotherapy.

Chemotherapy tends not to be effective because pancreatic tumours are protected by a kind of hard shell.

It is hoped that the research, which was focused on investigating why some pancreatic cancers spread while others appear to stay in one place, may could provide a viable path to more effective treatment options for pancreatic cancer and possibly breast and prostate cancers.

The two-pronged approach for treating pancreatic cancer identified by the researchers will hopefully improve the efficiency of chemotherapy and may help reduce tumour progression and spread.

Meanwhile, there’s been more encouraging research news in the fight against pancreatic cancer. In a study published this week by the University of Texas, researchers found that “a key difference between the few pancreatic cancer patients who survive long term and the many whose disease overcomes all treatments is the bacterial signatures on their tumours that either stimulate or suppress immune response.”

The researchers showed that faecal microbiota transplants (FMT) from long-term human survivors prompted an immune response and stifled tumours by altering the bacteria on the tumour.

This is the latest and somewhat startling example of gut health playing a powerful part in treating challenging conditions.

In this instance, long-term pancreatic cancer survivors – have a more diverse tumour microbiome than those who die quickly.

While research into this area is showing a lot of promise it is still in its early stages, and there is plenty of work ahead.

Kiwi researchers are also doing their bit to get pancreatic cancer on the run. Cancer Research Trust NZ have recently funded the work of Dr Christian Hartinger, who received a $80,000 grant during their 2018 grant round, to look at the structure-guided development of orally active plecstatin for pancreatic cancer treatment.

The development of drugs to treatment pancreatic cancer is of utmost importance as there are only very limited treatment options for this tumour type. Dr Christian Hartinger and his team have recently identified a new compound class – the plecstatins – which can be given orally and show promising anticancer activity in mouse models. Their project, will seek to characterise how the plecstatins interact with plectin in order to use this information to develop chemotherapeutics to treat pancreatic cancer.

What are the symptoms of Pancreatic Cancer?

Does it run in families?

In most cases no, but one in 10 pancreatic cancers is caused by a group of rare genetic conditions called family cancer syndromes.

Is it linked to lifestyle?

About a third of pancreatic cancers are linked to lifestyle, namely obesity and smoking followed by high consumption of alcohol.

Any other risk factors?

People with type 1 and 2 diabetes have double the risk of developing pancreatic cancer, and anyone over 50 who has unexplained weight loss should be tested for other pancreatic diseases. Chronic pancreatitis, a long-term inflammation of the pancreas, is often caused by alcohol misuse or gallstones and also appears to increase risk.

Sex after 60? Answers to questions you’ve been too afraid to ask

Cutting through the diet hype: What works – and what doesn’t 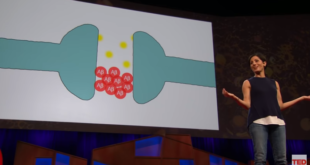 Video: What you can do to prevent Alzheimer’s

Neuroscientist Lisa Genova shares some promising research about what we can do to keep our ...