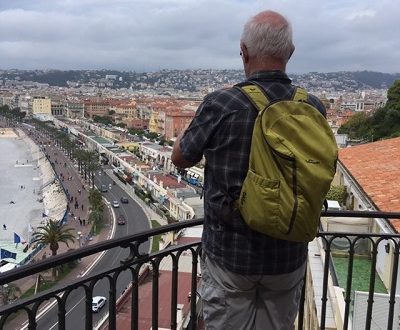 In Nice we had found ourselves a good place to stay close to the old centre (le Vieux Nice). Cyril, our helpful host sent us a video to show us how to get into the apartment as he could not be there to welcome us. He emailed frequently to see how we were getting on. On our last night he called in with his two greyhounds to say goodbye and brought us a couple of beers.

The only problem we struck was figuring out how to use the washing machine. John searched and found the English instructions for this particular model on the net so we were able to do our laundry after all.

There are so many restaurants in Nice we were spoilt for choice. For lunch we ate savoury buckwheat crepes amidst the narrow streets of the old town.

On the Friday night we thought we’d have a quick meal at a busy touristy restaurant in the old quarter. We were sure we had both pointed at the meal we wanted on the menu as well as doing our best to say it in French. So were mightily surprised to be brought two entirely different dishes. Oh well, we decided not to complain and ate up. Afterwards we discovered that this particular restaurant had quite a few bad reviews on Trip Advisor. We should have checked beforehand.

On the Saturday evening we booked dinner at Au Jour le Jour, a small family run restaurant which serves traditional French food. The waiter welcomed us very warmly and did his best to translate the menu into English for us. As well as a large first course John had beef cheeks cooked in red wine served with polenta. I ate three different kinds of fish swimming in saffron and anise flavoured cream. The servings were generous. No wonder our waists lines are expanding! 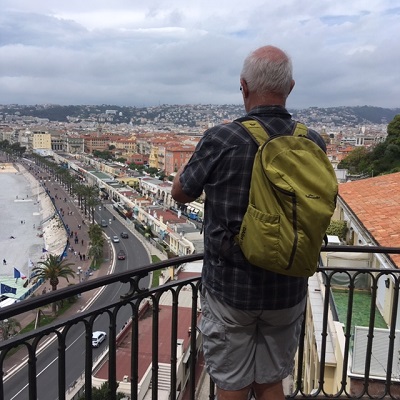 On the Saturday we joined the crowds and window shopped in the old quarter and the adjoining spectacular 19th Century Place Massina, the city’s main town square which is lined with red buildings. From there it was only a few minutes further to the Mediterranean seaside where we made a scenic walk along the 7 km long Promenade des Anglais, along with cyclists and skateboarders.

At nearby Castle Hill, another popular tourist spot, we decided not to ride the free elevator but to walk the 93 metres to the summit and did it without getting puffed. We must have climbed thousands of steps since beginning this holiday. Getting fitter by the day!

The castle was a military citadel from the 11th-18th centuries. Only the ruins remain now but there was a waterfall and a pretty park and wonderful views over the Bay of Nice (the pictures you usually see on postcards) all the way west towards Nice airport. 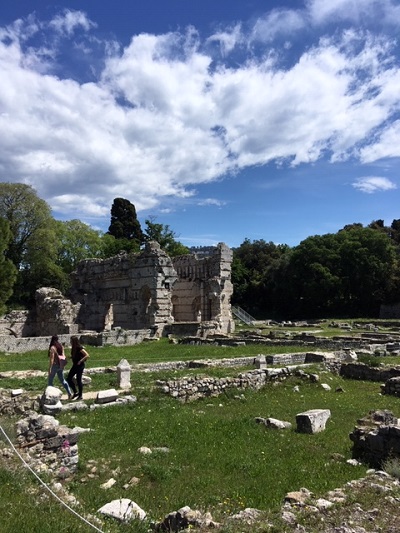 On the Sunday we put our Nice Riviera cards, which entitled us entry to many galleries and museums as well as a long hop on/hop off bus tour, to good use. We headed for the archaeological Museum to see some Roman Baths and a Cathedral dating from the second century.  But all that remains of them now are rocky fragments.

Many artists once lived in Nice’s artist quarter including Matisse and Chagall, both masterful colourists. When Matisse dies,” Picasso once said,” Chagall will be the only painter left who understands what colour is.” We visited their museums.

Chagall was Jewish and his museum featured his fantastical religious paintings on huge canvasses. Matisse created his colourful cut-outs in the last decade of his life. In his museum I was captivated by a video showing the artist directing an assistant on where to pin his brightly coloured paper shapes of plants, animals and figures from his wheelchair.

In the park adjacent to the Matisse museum a May Festival was in full swing with music and many food stalls. We joined in the fun and picnicked on the grass.

Our bus tour included a ride past the “yachts” at Nice port and to the sister town of Villefrance. We caught sight of some of the Grand Hotels where the British aristocracy used to while away the summer in sumptuous surroundings in the nineteenth century. Queen Victoria was a regular visitor. These Grand Hotels have mainly been transformed into apartment buildings.

In the early evening we were entertained by a street acrobat in one of the city squares and ambled beside the central city park. Small boys were kicking balls around with their dads. Such a wonderful asset to have a huge green space in the heart of the city! 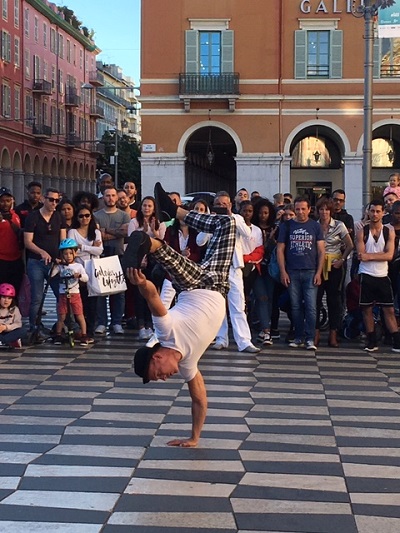 The only discordant note during our stay was watching a big march by the Yellow Shirt Brigade, accompanied by a sizeable police escort. It was a salutary reminder that in Nice, as in other French cities,the mainly right wing protesters are making a lot of unsettling noise.

Apart from that Nice felt very relaxed and peaceful and in holiday mood. The weather was pleasantly warm and sunnier than we had expected. From there we would fly to Lisbon where the forecast was for a much hotter temperature, around 32C. 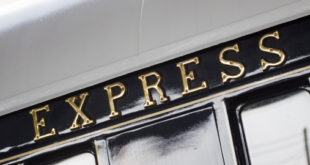