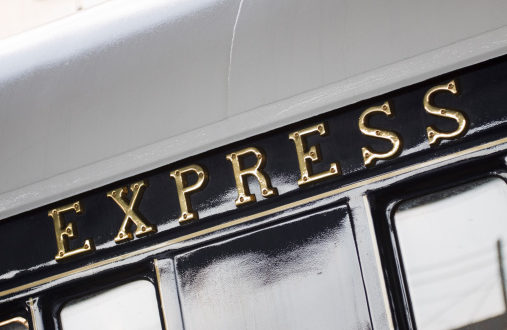 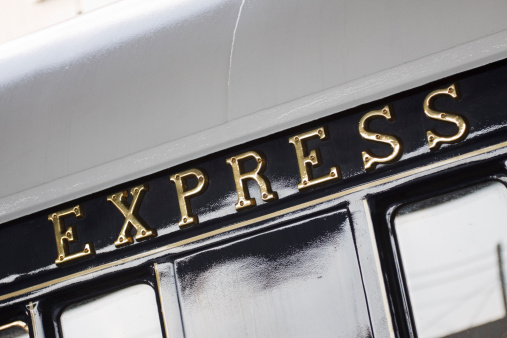 High on the list of the great train journeys is the legendary Orient Express – made famous by Agatha Christie’s detective story, “Murder on the Orient Express’.  It also has the reputation of being the ultimate in opulence.

Being a bit of a train enthusiast it has always featured on my ultimate bucket list.    So – having gulped a bit at the price – about $12,000 for a couple – my wife and I took advantage of being in that part of the world for other reasons and took the Orient Express from London to Venice.  This is probably the most popular version of the Orient Express but different versions run to a variety of destinations including Istanbul, Vienna, Budapest, Prague and Berlin.   The variety arises because this is not the original train but a recreation of the original train.  However, the British firm Belmond, who run luxury trains in Britain, have gone to considerable lengths to make the recreations as faithful as possible to the original, opulence and all.

One of the features of the journey is the standard of dress expected from the travellers and some people go to considerable lengths to dress up for the lunches and dinners.  Some items of dress are positively frowned on and that particularly includes jeans. On our trip one of the travellers was politely requested to change out of his jeans before he would be allowed to board the train.

First the trip itself.   We left London at 10.45 in the morning and arrived at Venice about 6 pm the following day.  Watching the ever-changing scenery from a train is always fascinating but the best scenery can be seen on the morning on the second day as the train travels through Switzerland on the way to Italy.  What we actually boarded in London were recreations of the old Belmond British Pullman dining carriages.  For the first stage of the journey to Folkestone near the entrance to the Chunnel we were treated to a 3 course lunch designed by the Head Chef on the train.  The food was good but not memorable, if I can make that distinction.

On arrival at Folkestone we transferred to buses for the journey through the Chunnel.  To those who are not familiar with the Chunnel, which is the underwater tunnel connecting Britain with France, the buses were taken through the Chunnel on a specially designed train. The buses then ran to Calais where we transferred to the “Wagon Lit” carriages which would carry us on the major part of the journey, and where we were reunited with our cabin baggage.  Our booking was for a double cabin. Looking through the train two things became obvious fairly quickly.  The first was that the carriages were indeed opulent and were a great recreation of the original carriages in that regard.  The dining carriages and the bar carriage were particularly “splendiferous”. The second was that the facilities available on the train 100 years ago had also been faithfully recreated which meant that our cabin had no toilet or shower – just a wash basin.  However, that was really no great inconvenience given that we would only spend one night on the train.

Each carriage was allocated a dedicated steward who did any rearranging of the cabin required, eg the bedding set-up, answered our questions, served any cabin food wanted and generally did a great job of looking after us.

The highlight of the journey was arguably the evening dinner served on the first day.  This was a very formal affair and provided in two sittings – the first at about 6 pm and the second at about 9 pm.   We opted for the early sitting.  A 3 course dinner was served but we were slightly underwhelmed given that the food was touted as being of French Restaurant quality – some courses were but some were very nice but not of that high standard.  Wine could in most instances only be purchased by the bottle but many people like us held over the wine remaining after dinner, for lunch the following day.

After dinner we went through to the bar carriage where live music was being provided by a pianist. Grand piano and all.  Given the “Sound of Music“ theme of the next stage of our trip – which was to Salzburg –  the pianist very obligingly  played Eidelweis  – one of our favourites – and then played  a series of Julie Andrews standards from her most well known films.

Altogether a very pleasant evening, and we returned to our cabin to find the bunks made up so we could go to bed when it pleased us to do so.

The following morning we were provided with a continental breakfast to be eaten in our cabins, with the time of delivery agreed with the carriage steward the night before.  We then settled down to watch the scenery which was quite spectacular.  We again opted for the early sitting of lunch which was at about 12 noon.  It was again a 3 course affair but I remember vividly the first course which was a delicious lobster creation – easily the best serving on the trip.

We again settled back in our cabins to watch the scenery slide by which by this time was distinctly Italian.   An unexpected surprise was to be served an afternoon tea which was accompanied by sweetmeats of various sorts – this was again served in our cabin by the carriage steward.

We finally drew into St Lucia station in Venice at about 6 pm as scheduled, and were pleasantly surprised to find an Orient Express representative guiding us to our hotel and helping with the luggage – a most welcome service.

So what is my verdict?

Would I do it again? Probably not.  For less money it would be possible to do the same trip – either sleeping on the train, or breaking the journey for an overnight stay at a proper hotel – and all in modern comfort,

But I have no regrets at having done the Orient Express at least once – it is legendary and you have to experience it for yourself to see what it is like. A large part of the experience is that it provides a window into one aspect of a bygone era of luxury and opulence.   Although expensive compared with a standard train, it is worth every cent for that first time experience.

Previous Article One bowl oat slice
Next Article Joke – Who wants to be a millionaire? 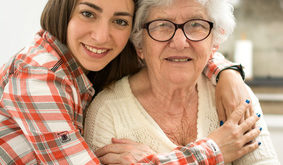 Today, travelling the world seems to be a rite of passage for many young people. ...