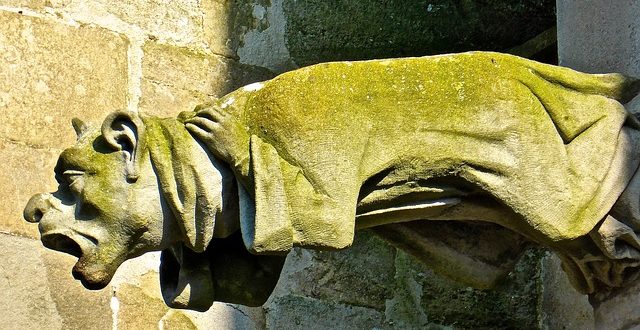 So, you think you know your own neck of the woods inside out and back to front? If that’s the case, here’s a challenge. Next time you’re heading downtown, look up at familiar buildings. Not only will you learn a thing or two about the past, but you’ll also discover a whole new level of architecture you didn’t even know existed.

Gone but not forgotten

Much of the history of a town lies in what its buildings were, not in what they now are. Just as in Europe we find architectural clues that point to early Christian churches having become synagogues, then mosques, and then churches again (according to which group of people dominated at the time), so our own buildings hold clues to past lives. Look up! Can you see names, picked out in concrete letters that have long been painted over? What is now a café may once have been a warehouse, a school, or a hotel. Check out rooflines. What was once a church may not be difficult to recognise, but look more closely. A saw-toothed roof can be a clue to a building having had a previous life as a factory. An arched roof may indicate a theatre or dance hall once occupied the premises. Why not pluck up the courage to ask the present occupier of the building for a peek inside. Who knows what you’ll discover – a pulpit, a printing press, or even a long forgotten proscenium arch and stage! 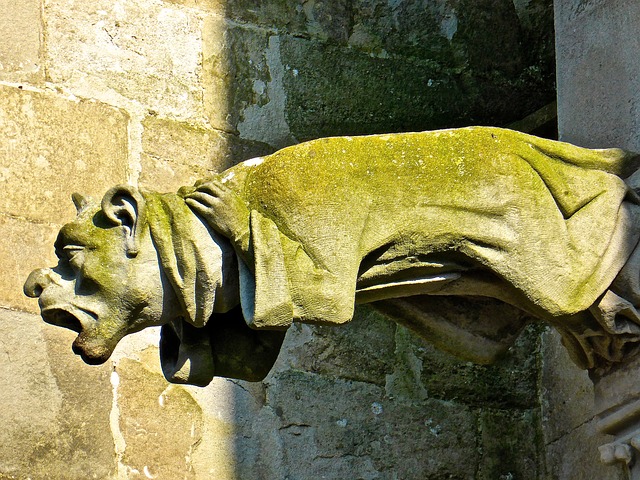 Long ago, when it seems people had all the time (and money) in the world, gargoyles sprouted on public buildings as frequently as the birds that landed on them. ‘Gargoyle’ comes from the French word ‘gargouille’ (meaning ‘throat’). In the strictest sense, gargoyles are decorative waterspouts that channel rainwater away from buildings. They helped prevent stonework from becoming stained, and protected the masonry from being worn down by water. But more than that, gargoyles were an opportunity for the owners of a building to exhibit their wealth. Look up and you will find gargoyles on many public buildings still standing, especially on those that were (or still are) civic buildings, places of learning (such as universities), banks, and hotels.

You may think all ornamental human, mythical and animal stoneworks on the upper levels of buildings are gargoyles, but that’s not so. Some of these weird and wonderful carvings are purely ornamental. Often, they are there to symbolise the function of a building. A theatre, for example, may sport stone comedy and tragedy masks while a look-alike Roman frieze on a court of law may represent the nature of justice. Churches frequently depict creatures from the Bible, while from the upper levels of historic university buildings you will see stone philosophers or half-human-half-beast characters from literature.

As you make a point of looking up, you will be surprised at how much there is still to learn about the buildings and stonework you see. Why not get out your camera and start collecting images of the most interesting examples you spot. Once you’re back home, hop on the net and research what you’ve seen. What was that building in its heyday – and who was the stonemason who carved those strange stone objects?

Coastal south-east Otago is littered with tiny seaside settlements, and one of the best (and ...