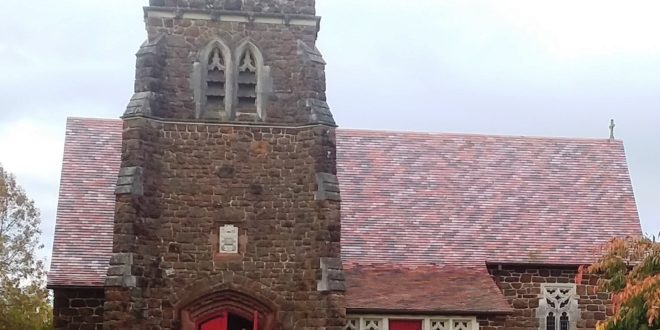 In an age of anxiety, it’s rare to find the doors to an historically important building are always open to the public. And you’ll never guess where this treasure can be found! 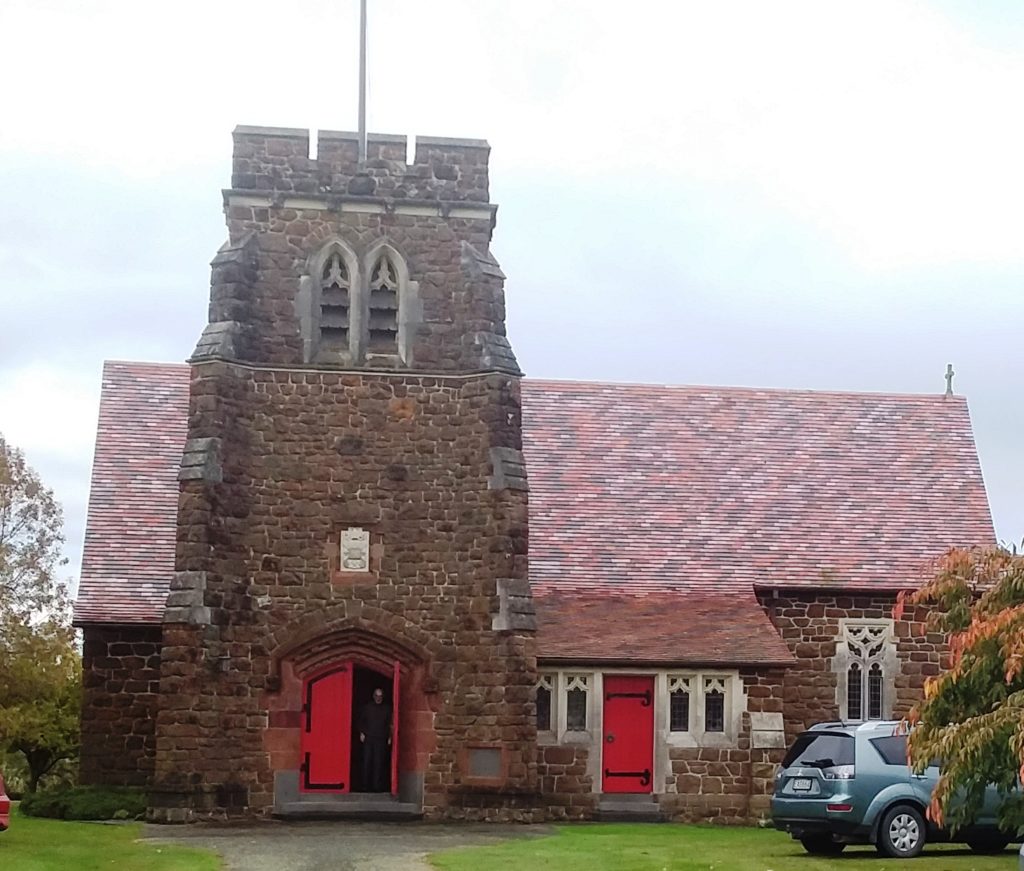 The tiny village of Maheno 13 minutes south of Oamaru is home to St Andrew’s church, built in 1938 thanks to a generous gift from the local Nichols family. If you didn’t know this significant architectural and artistic site was there, you would very likely drive right past it.

The church’s distinctive boulder-like exterior is constructed from local basalt, and sandstone which has been altered by volcanic activity. With its square bell, it is striking in itself, yet it is but an introduction to the delights which await inside.

Open the door and you will encounter pristine Oamaru stone walls festooned in grotesques and stone carvings, with a pelican on the front of the oak-surfaced alter taking centre stage. Why a pelican? The symbol dates from medieval Europe, when it was thought the pelican was so caring of its young that it wounded its own breast in order to provide its chicks with blood when no other sustenance was available – hence the link to Christian thinking. 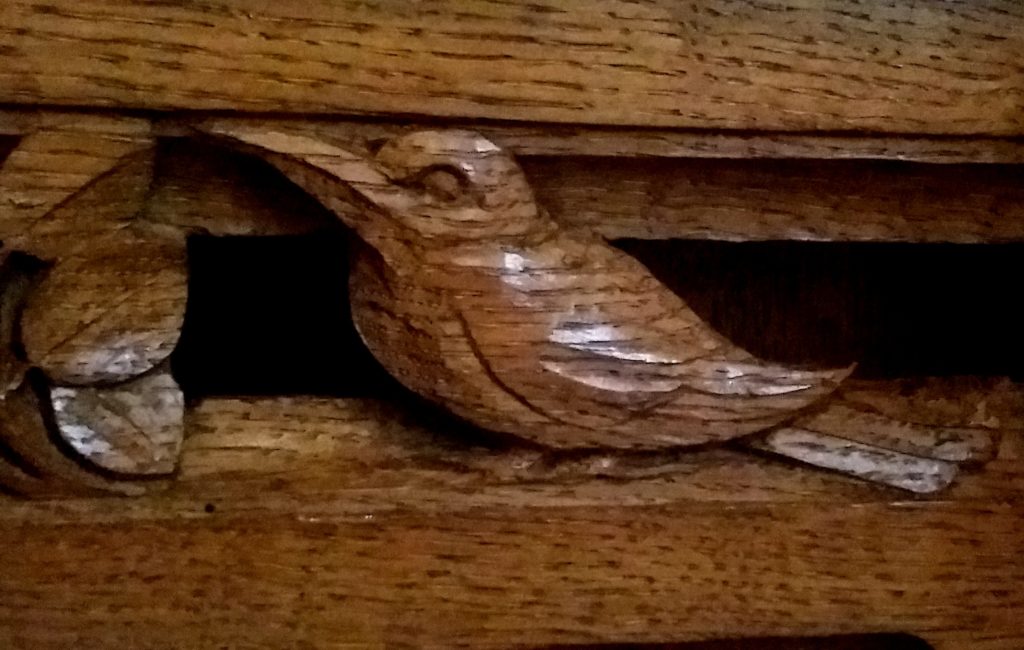 While the magnificent stain glass windows on the west and eastern walls of the church are breathtaking, the gentle wooden carvings on the end of each pew are sure to capture the attention of those who have a fondness for our native flora and fauna. Take your time, and see if you can spot the kingfisher, fantail, rifleman and tui (among others). The cheeky kea and solemn morepork perched on the very front seats will capture your heart. Among the carved flowers is the Mt Cook daisy.

It is said that every church should have its mouse, and St Andrew’s boasts its own ‘timorous beastie’, carved in stone, just above the main doors as you exit the porch. Before you head that way, however, don’t miss the nod to our country’s wider Anglican family in the form of several interesting pieces of stone masonry embedded into the wall to the right of the alter. They hail from famous British cathedrals and are accompanied by a collection of Roman coins in a small glass case close by. 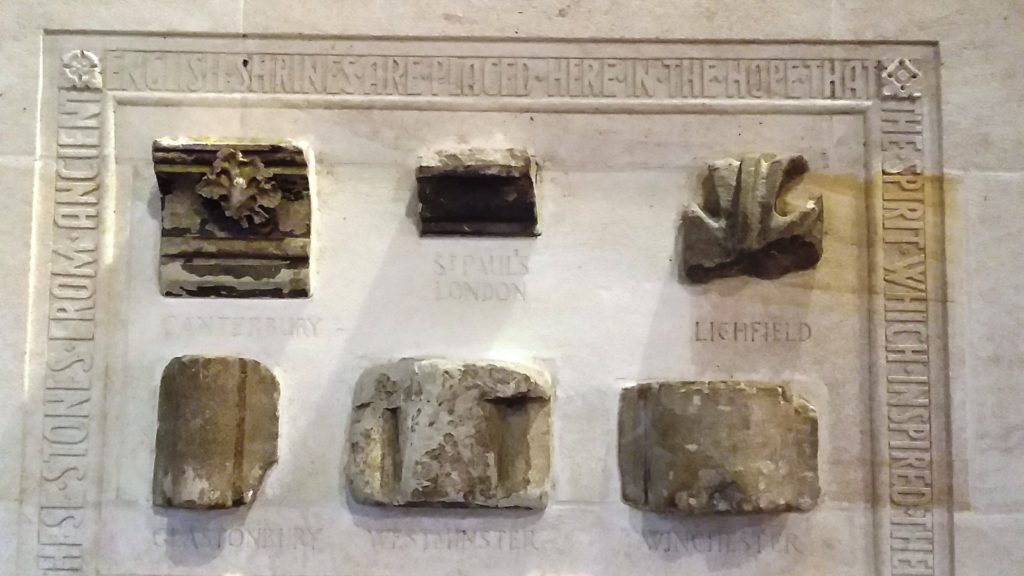 As you walk to the rear of the church to take in some local history in the form of the bronze plaques fixed to the south wall, note that you are walking over a carpet not originally intended to grace the church. The original carpet was lost at sea when the ship from England which was carrying it was torpedoed, and sank!

Before you leave the church, look up at the massive Oregon fir trusses and ceiling, and in the vestibule, stop to admire the fine pulls which are attached to bells, at least one of which was crafted in Dunedin.

If you are travelling on the southern route between Oamaru and Dunedin, be sure to call in at St Andrews for a breathtaking step back in time. The doors are open daily, and the grounds themselves, with picturesque exotic plantings, are also a pleasure to walk in.

Coastal south-east Otago is littered with tiny seaside settlements, and one of the best (and ...