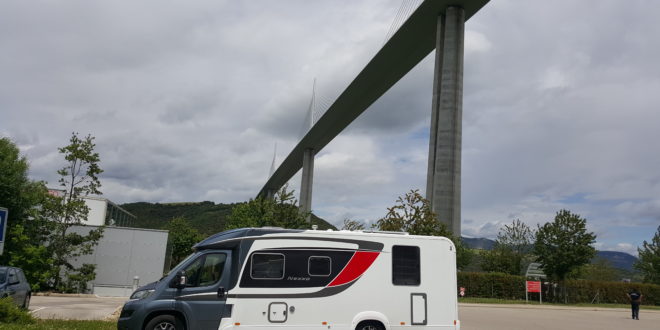 Tony and Helen Yeoman dreamed of travelling around Europe in a motorhome, but thought it would be too expensive – thanks to Smart RV that dream became a reality

Tony and Helen Yeoman first rented a motorhome in Australia for a week and loved it so much they went back a second time for a seven-week trip which was enough to convince them to buy their own motorhome in 2014.

“We looked around for maybe eight months before we found the one for us,” Helen says. “We kept an eye on Trade Me and called in on dealers wherever we went. When Smart RV showed us the Bürstner Ixeo 664 we were smitten. It was just a far better layout than any other motorhome we looked at. We loved the quality and how well made it was.” 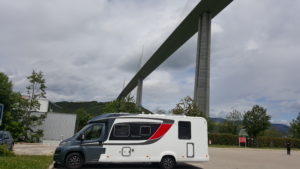 “We figured that hiring a motorhome for a few months was going to be too expensive so we talked to Smart RV. They gave us the option of trading in our old motorhome and buying a new one and instead of shipping it to New Zealand we could pick it up in Europe, use it for four months and then ship it home.”

The Yeomans opted for another Bürstner, this time the Nexxo T740 and Smart RV arranged for it to be delivered to England.

“The people at Smart RV were very helpful and they’ve been fabulous to work with,” Helen says. “We were only the second people to pick up a motorhome in Europe so we were guinea pigs, so to speak, but it worked out really well.

“They have a contact in the UK so we picked it up from him. He’d kitted it out with all the kitchen gear we needed. We sent our bedding to his home address so it was all ready to drive away when we got there.”

And so began the trip of a lifetime.

“We lasted just four days in England because we found the roads horrendously narrow,” laughs Helen. “We also struggled to find anywhere to stay so we took the EuroTunnel to France because we heard it was a lot easier over there. We decided to stay away from the toll roads as much as possible because we wanted to explore the real countryside and that worked out really well.

“It was such a bonus being in the motorhome as it meant we didn’t have to book ahead. We could stay as long as we wanted if we loved a place or move on if there wasn’t a lot to see.” 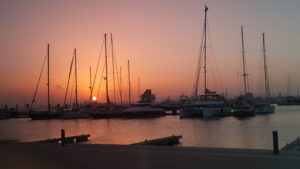 From Calais they travelled along the Normandy coast and then down into Paris.

“What we tended to do in the bigger cities like Paris, Bordeaux and Barcelona was find a campground close to the city centre that was on a bus or train route. We’d park up the motorhome and then bus or train into the city. We loved the history of the larger cities and we spent hours wandering the streets and soaking up the atmosphere.

“After Paris we headed for the south of France and drove past endless fields of poppies and sunflowers. One of the highlights of the trip was the town of Entrevaux in Provence. We wandered through the olive groves and explored the citadel and the old town in the evening, plus there was a great big carpark where we were able to park overnight for free.”

It wasn’t always that easy to find places to park however.

“We do like freedom camping but we struggled with it in Europe. We used two different apps on our phones to find campsites and we had the current AIRES book with us, which is like the NZMCA Travel Directory. 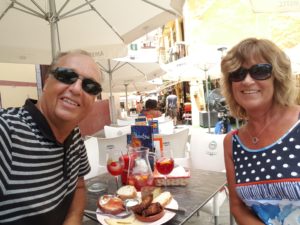 “Even so, three out of the four places we went to camp weren’t there anymore. My advice is to be prepared for the fact that your first or second options may not work out so you need to give yourself plenty of time.

“Some places will say there is no overnight parking but it pays to ask. Some of the campgrounds were little more than a piece of dirt and some that were advertised as free were quite expensive. Friends of ours had toured Europe a couple of years ago but even since then the prices have gone up. It was a challenge.

“It was the same with dump stations. Finding places without going to motor camps was very challenging and the motor camps are not cheap. It certainly made us realise how spoilt for choice we are in New Zealand. Don’t get me wrong. It was still a lot of fun but you need to do your homework before you go.”

After the south of France, next up was a trip to Spain where they soaked up some sunshine and enjoyed the beaches. 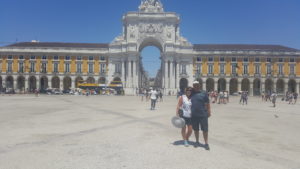 “At one stage, we ended up in a nudist camping ground, quite by accident,” laughs Helen. “We travelled through Portugal and then headed back up through France to Belgium where we checked out some World War I sites and museums. We’re quite interested in World War history because Tony’s father fought in World War I.

“We met this lovely guy who let us park in the back of his restaurant in Ypres. He was extremely knowledgeable about the New Zealanders and Australians who fought in WW1 and he took us to a neighbouring field where Tony’s father won his military medal and we found some shrapnel to take home as a memento. That was quite emotional.”

After Belgium they headed back to England.

“We both have family that emigrated from the UK so we wanted to see where our ancestors came from. In France we met a lovely couple from Newcastle so on our way from England to Scotland we stayed with them for a few days. We also stayed with some friends of ours from New Zealand who moved to the UK and that was very special as well.”

They didn’t enjoy the English summer quite so much.

“It was August but it was windy and cold. It was 12 degrees one day and we were thinking ‘what are we doing here.’ Luckily our Nexxo motorhome is built for colder temperatures with great insulation and a great heater, so we were quite snug inside.”

At the end of their road trip, they met Chris (Smart RV’s UK-based contact) at the airport before flying to Amsterdam for a Norwegian and Baltic cruise. While they were relaxing and reminiscing about their trip, Chris and Smart RV looked after shipping their motorhome back to New Zealand.

“They looked after everything,” says Helen. “When it arrived back in New Zealand they took care of the New Zealand conversion and installed the TV aerials and other bits and pieces we wanted.

“We looked at a lot of motorhomes and in terms of value for money we’re really happy with it. We’ve already made some wonderful memories in it. We were away for nearly five months, from May to September and we had a hugely diverse holiday which was fantastic. It was thoroughly enjoyable, not without its stresses for sure, but well worth the trip.”

There is no doubt holidays in caravans and motorhomes are on the rise again in vehicles which are virtually apartments on wheels. Holidaying in motorhomes and caravans is making a serious comeback in New Zealand as we recapture the essence of 40 years ago, when caravans were as much a part of the New Zealand lifestyle as fish and chips and jandals.

New Zealand’s largest annual motorhome, caravan and outdoor expo, the Covi Insurance Motorhome, Caravan & Outdoor SuperShow is on next week at Auckland’s ASB Showground’s, starting on Friday and running through to Sunday.

For more information see www.supershow.co.nz or find the show on Facebook. 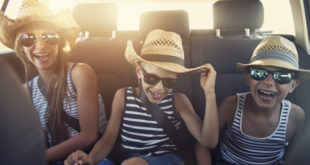 Are you looking forward to travelling with your grandchildren this summer? Of course you are, ...