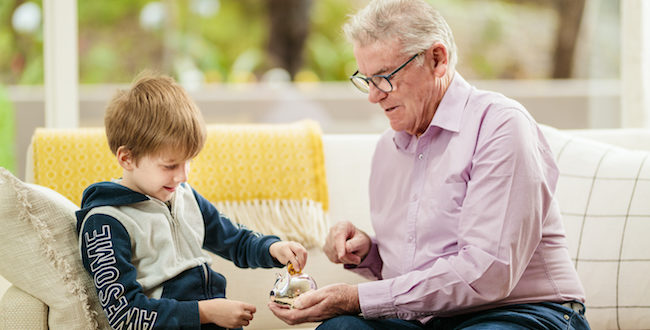 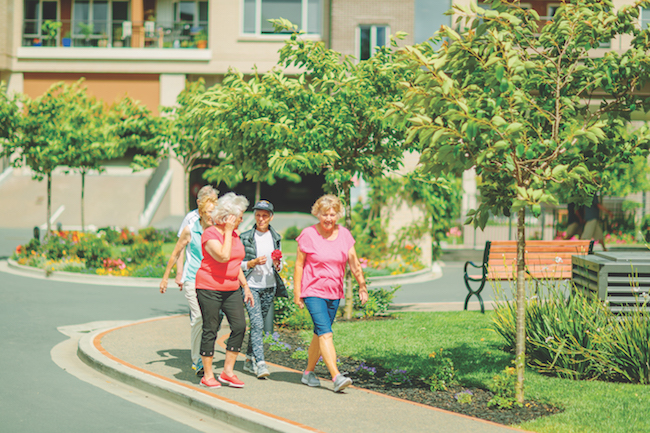 Jeannie and John count their blessings at Ryman

There’s a negative assumption that some people make about retirement villages – that they’re really just like retirement homes. But Jeannie and her husband John, independent residents of a Ryman Healthcare village, don’t see it that way at all. In fact, just the opposite. 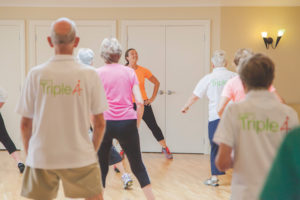 Jeannie worked hard all her life, mainly as an occupational therapist, but also in children’s homes and in various banks. Her husband John, a mechanic, has run a mobile car maintenance business, driven busses and even owned a small bus company out of Orewa over 40 years ago.

“We had a lovely two-storey home in Beach Haven,” says Jeannie. “We did pretty well. It was a really good life.”

Looking for a place to relax

As they got older, and Jeannie’s legs began to give her problems, they began to think seriously about retirement – but wanted to stay in the area. A Ryman village was being finished near where they lived, and they strolled down every day to look at the progress.

“John would press his nose to the gate and see what they were doing. They had a walkway on the flat straight to the bus stop. So theoretically, you could take a suitcase, walk out the door and go anywhere in the world!”

Jeannie said the village seemed to tick all the boxes for them. It was in the area they loved, and John could walk to work with the bus depot right nearby. They had a look at what Ryman offered – the apartments had a lovely view of the city, and if Jeannie needed care, it was all included in the same village.

“People can have a preconceived idea that you’re going into a rest home,” says Jeannie. “A village is not that. It’s got a rest home, but at our stage – and let’s hope it lasts another 20 years! – the independent part, it’s just for security.”

One of the things Jeannie loves about the village is how welcoming it is for family members, especially grandchildren. Her son Shane and daughter Roslyn each have a son, and both boys regularly visit during school holidays. They’re already fast friends with other visiting grandkids. They play games, and go to the pictures together. 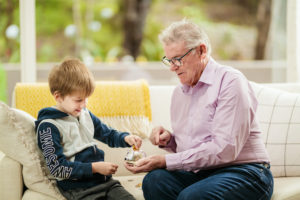 “With the tech we have today, they very soon linked up on the games they play together. When they go home they can still play,” Jeannie explains. “They love it here!”

As much social life as you want

Being sociable people, Jeannie and John very quickly got involved in the village’s activities. Whether it’s meeting people for morning tea, strolling through the lounge, or simply popping out to collect the mail, they find themselves stopping for conversations with friends and suddenly two hours go by.

“I don’t know where the days go!” Jeannie exclaims. “When you’re in your own home you don’t have morning tea with your neighbours, or street parties three nights a week! Here, if you go to someone’s place after 4pm, they say ‘Hello, come in, would you like a drink?’” 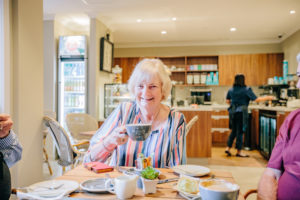 After three years, Jeannie and John have settled in well. They feel more independent now than they ever did when they lived in and cared for their own home. They can pack up and go on trips, knowing their apartment is secure – the next jaunt being a cruise to England. Jeannie’s walking issue has resolved itself for now, which she regards as a huge bonus.

The village has developed since they moved in, too, with a designated craft room, a workshop and a burgeoning garden. John enjoys the intervillage sports competitions, with more sports coming on board, but the best thing for both of them is the freedom from responsibility.

“If it’s raining and there’s a blocked drain, we can just sit inside and say, ‘Oh dear, how sad!’” Jeannie jokes.

The manager at the couple’s village loves dressing up too, and that encourages residents to join in, making all the difference to special days like St Patrick’s Day or Halloween.

“We have a very good team with Ryman, fantastic staff. We’ve been here three years, and the staff have been had absolutely fantastic! We’re very grateful for what we’ve got,” says Jeannie. “We can lock our door and go, and our family doesn’t have to worry that people will come to the door and try selling us a new roof!”

The staff are there for safety, too, and every resident has a buzzer to press for emergencies.

“I’ve done that once accidentally!” admits Jeannie. “The staff are always there for you if you need or want them. And later on if I need care, I would still be near John.”

Jeannie and John are glad they made the move to a Ryman Village. They have more fun and less responsibility, they’ve made new friends, learned new skills and can welcome their family at any time. Plus, later on, they have the security and comfort of knowing they will be cared for by expert, empathetic staff and can stay together, whatever happens.

Thinking about retirement village living? Go to rymanhealthcare.co.nz to find out more. 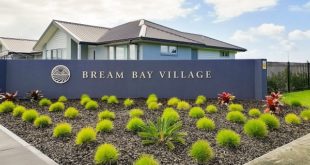 Bream Bay Village Residents are settling into their new homes…

More and more people are moving in to Bream Bay Village! Only 90 minutes from ...