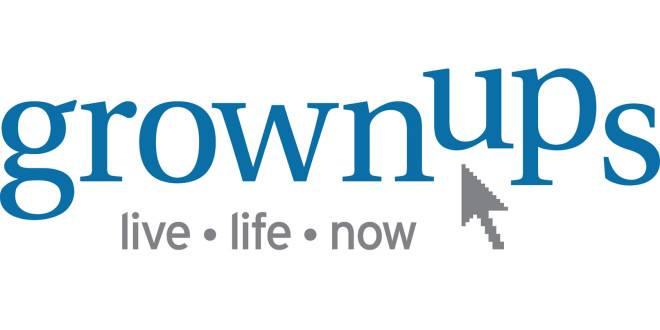 David Hartnell (MNZM)
No-one is recognised as knowing more about Hollywood and celebrities than David Hartnell MNZM. He’s not only spent a lifetime reporting on Hollywood’s trivia, gossip, and scandals, but he counts many celebrities among his personal friends. Every Monday morning David will give you an exclusive weekly update on the gossip, scandals, and trivia of Hollywood’s elite.

Bas Walker
Bas is a chemical engineer by training, with a first degree from Canterbury and a Ph.D. from Cambridge in the UK.Interestingly, Bas was very much involved in policy during the energy crises of the 1970s (which is a long time ago now!). Since then he has been Chief Executive of three different government departments, (Energy, Defence; and Research, Science, and Technology) and of one government agency (the Environmental Risk Management Authority). Bas joins us after blogging on his own ‘Beachside Pondering’ blogpost.

Terry Carson
In a previous lifetime, Terry Carson was a practising lawyer with a passion for writing. He retired early from the law and has written several books with legal themes. He used to write legal columns for GrownUps and other publications. Now that he has forgotten most of the law he once knew, he prefers to write about life in general. Terry believes that the most important thing is life, as one grows older, is to find plenty to laugh about. He never realised that most of the time he would be laughing at himself.
When not engaged in writing Terry enjoys walking, social cycling, travelling, reading, and researching New Zealand colonial history.

Lyn Potter
A parent and grandparent, a writer of educational resources, a passionate home cook and collector of recipe books and an Avid Traveller – always with a camera at the ready.

Ron Tustin
Ron provides support and life coaching advice. His greatest realisation after working in public health was that you cannot make anyone change. That change has to come from inside that person from their own ideas and values– a good coach will skillfully help you to achieve this.

Frank & Dr. Muriel Newman
Oily Rag: Money and Savings Tips
Living off the smell of an oily rag on-line is based on a concept developed by Frank Newman. Frank is the author of a number of books, including the hugely popular Oily Rag series. Oily Rag On-line is intended to be your site – it’s an opportunity to share your ideas and tips with the Oily Rag community.

Kay Rayner
Writer and film producer enjoys reliving her childhood memories through her children’s books.  In 2007, Kay collaborated with her son-in-law Jonathon to write and publish ‘The Pipsies’ series of children’s stories.  These stories were born from her childhood fantasies and focus on a family of little furry creatures that lived in a garden.

Hayden Foulds
Hayden has had a lifetime involvement in gardening and horticulture in the Manawatu region. The last 20 or so years has seen a passion for the rose develop which Hayden shares freely through his writing and photography.

Vicky Adin
Vicky is a New Zealand historical fiction author. She lives on the North Shore of Auckland within walking distance of the beach, the coffee shops and inspiration. Three words sum up her passion in life: family, history and language.

Alex Sharp
After almost 50 years in the Financial Services Industry, Alex retired just over 3 years ago. Retirement has given him and his wife Robyn many opportunities to travel to destinations in New Zealand and around the World. When not travelling golf activities, home handyman projects, genealogical research and spending quality time with his family, fill most days.

Richard Warwick
Is a Dad to 5 adult children and a Grandfather, he has been married to his wife Antoinette for 32 years and would describe himself as an “average kiwi bloke”. However, what is less average is that since the age of 16 he as lived with a significant physical disability as the result of a massive brain bleed, that at the time completely paralysed him down his left-hand side.

Lynn McConnell
A journalist since completing training at Wellington Polytechnic, now part of Massey University’s School of Journalism, Lynn has had two stints on The Southland Times (the second 10 years as Sports Editor), the Marlborough Express and the now-defunct Evening Post (Wellington).  Lynn writes for GrownUps via the Golden Oldies sports travel company.

Monica Louis
Life begins at 50+; it may be just an expression but it’s absolutely true for Monica.  Monica was born in Holland, close to the borders of French-speaking Belgium and the German industrial north. Crossing real and virtual borders has been in her blood so it’s probably not surprising that she’s enjoyed working in travel and tourism.

Jacqui Oliver:
Life, Sex and Relationships: How to Play to Win! The Sex Technique Modifier at End the Problem, Jacqui Olliver is the “go to” person for doctors and relationship therapists to refer their clients to, to solve sex problems including premature ejaculation, erectile dysfunction, being unable to orgasm and libido problems WITHOUT DRUGS. Every week Jacqui will provide us with insights and motivational tips to improve our life, sex and relationships.

Michael Easther:
A long term newspaper columnist and poet.  Michael, in his 80’s, is finally slowing down a little, but will be contributing verses to our site. ‘When World War 2 had just begun, And I was relatively young, We feared the Nazis would drop gas, and citizens would die en masse. That’s why authorities declared, In order that we be prepared, we’d all have gas masks fitted, then, we’d be protected -“if or when”. Now here’s an interesting fact – They feared small children might react, to wearing masks and so, instead, they wore a Mickey Mouse’s head.

Peta Stavelli:
A baby boomer who found her true vocation late in life, Peta has variously worked many different jobs. Her writing reflects a quirky outlook on life.

Jonathan Rayner-Burt: Illustrator, Cartoonist and Film maker
Jonathon hails from the rural South Island although he moved to Auckland in 2002 to chase a career in the creative sector. While these are endeavours are part time, they bring him great pleasure and he feels very lucky to have the support of family in these crazy ventures

Linda Grigg:
As well as supporting charities and other good causes around the country, reading and writing about inspiring and passionate ‘everyday’ people is one of Linda’s joys.

Dr Dorree Lyn: Sexual Health Columnist
The older we get, the better it should get…for honest articles about sex and sexual health, we recommend that you have a read.

Janis Grummitt:
A social anthropologist and brain building enthusiast and well known in the field of mind development and effective thinking.

Eva Maria: Social Networking & All Things Teen
Having a broad knowledge of people and years of experience of working, mentoring and coaching teenagers and their parents. Eva-Maria is living on the road to her dream; to bridge the gap of misunderstanding between youth and the older generations around the globe.

Lindsey Dawson: Personality/ Life and Laughter
A past judge of the Montana New Zealand Book Awards, she has been a talkback host and newspaper reporter, a National Radio commentator and book reviewer, has been a member of the Broadcasting Standards Authority, speaks professionally about the content of her books and runs writing workshops.

Leigh: Bramwell: My Generation
Leigh Bramwell has been a journalist ‘forever,’ starting her career as a cadet reporter on the Otago Daily Times in the seventies and concluding it (she hopes) with a stint as editor of the New Zealand Herald magazine ‘My Generation’.

Doesn’t any one use this site

Is there anyone who could do a review of my book
“The Absolute Bull of NZ”; just published end November.
It’s a satire on the Justice system.
I will post a copy to the brave person.

yes. have a good day

im just new to this site,but ive found this to be easy reading and on a
very good range of topices,and the best part is ?i can sit in the lounge
by the fire with my laptop and keeping up with the outside world.
so thanks very much for haveing a servic on line thats there for all
ages.:)