No-one is recognised as knowing more about Hollywood and celebrities than David Hartnell. He’s not only spent a lifetime reporting on Hollywood’s trivia, gossip and scandals, but he counts many celebrities among his personal friends.

David Hartnell has joined GrownUps to provide an exclusive weekly update on the gossip , scandles and trivia of Hollywood’s elite, but, as always,…HIS LIPS ARE SEALED

David is a Celebrity Journalist, Author, Television Broadcaster, Producer & Presenter. Recipient of The Hollywood Award along with the Scroll of Honour from New Zealand’s Variety Artists Club.

I’ve had the honour to be called this country’s most respected Hollywood movie authority. During my many years working in Hollywood, I’ve had the pleasure of becoming close friends with many of the biggest names in show business. I’ve dined with the immortal housewife and superstar Dame Edna Everage, lunching with Jackie Collins and in the company of people like Sharon Stone, Arnold Schwarzenegger, Julia Roberts, and Hugh Grant. Then there are the dealmakers, the agents, the directors, and all the power people who keep the famous famous – all friends and confidents.

Living in New York, Los Angeles and London gave me the opportunity to build up an invaluable network of friends and contacts. Frequent visits since I resettled back in New Zealand, ensures those strong links are maintained.

Over the past 50 years my Hollywood columns have appeared on television, radio, newspaper, magazine, and I’m the author of seven books.

Every week over 700,000 people of all ages read my weekly celebrity gossip syndicated newspaper and magazine columns plus my radio spots across the nation on NewstalkZB and my weekly Triangle TV show.

I’ve covered everything from major Hollywood events, television, movie stories, sad passing of a legend, the Oscar’s, and spectacular movie and theatre premieres.

Marilyn Monroe said, ‘Hollywood is a place where they’ll pay thousands of dollars for your body and fifty cents for your soul … I’ve slept with producers for work. I’d be a liar if I said I didn’t … All the girls did. It was like part of your job. They wanted to sample the merchandise. If you didn’t go along, there were another twenty-five girls who would. It wasn’t any big tragedy.’

Hollywood can be the cruellest city in the world when it comes to hopeful actors and actresses who move there willing to risk everything to realize their dream. Sure, a handful succeed, but thousands fail. Many times the pressures at the top of the Hollywood ladder can be the very same as the hardship and pain felt at the bottom. Cybill Shepherd once told me, ‘Hollywood is the only city in the world where you can climb to the top of the success ladder, and still get stabbed in the back!’ I think there’s only one word that sums up Hollywood and that’s ‘survival’! Hollywood has always been a place of paradox. A place where it’s best never to make close friends, because it makes it so much harder to stab them in the back.

While living and working in Hollywood I always lived by the three no-no’s, a Hollywood gossip columnist must never do. One, never answer the phone on the first ring, two, never say ‘I’ll be right over’ and three, never let them see you sweat.

From the first day Hollywood came about, there was gossip, scandals and trivia about its stars. For many years I worked as a makeup artist in the industry and soon found the makeup room the best place to hear all the gossip. Years later I gave up my trade to become a full-time syndicated gossip columnist, something which I’ve never regretted. I hope you’ll enjoy all the gossip and trivia in the following pages.

Now if I’ve got the occasional date wrong in the book, or the story ‘seems’ too far-fetched to be true, I’m not sorry. I’ll tell you why… I believe in that Hollywood saying: ‘Don’t bother me with the facts — all I want is the GOSSIP!’ I truly believe that there is no worse fate for a gossip columnist than to be taken seriously. After all, when you look up the word ‘gossip’ in the Collins English Dictionary it says: Gossip – idle talk about other persons, regardless of fact; idle talk or writing; one who talks thus; formerly, familiar friend. Engage in gossip; chatter. I hope you’ll enjoy my weekly Hollywood gossip and celebrities stories. I’m delighted to be part of the Grownups web site and I hope you’ll join me each week, so until then………………. MY LIPS ARE SEALED 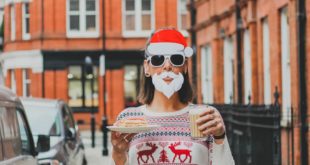