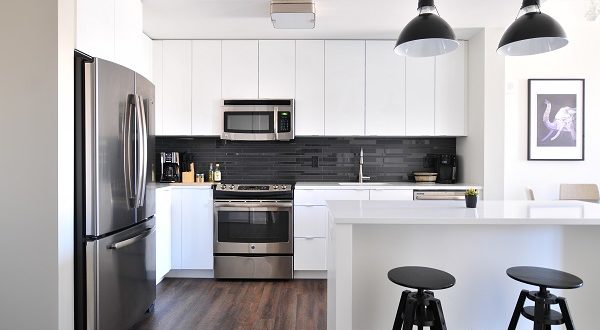 How electrifying NZ changed the way we lived

Just 120 years ago in New Zealand the electricity era had hardly begun. Our great-grand parents grew up without electricity – gas lamps, coppers on the boil, milk in the old food safe.

To most Kiwis that seems like the stuff of historical novels. So, we thought we’d dig into the fascinating history of electricity in our country, so you can learn more about how it changed the way we lived, and how renewable sources of energy will further drastically change the way we live in the future.

Then: from gaslight to hydropower

Like most places, electricity in New Zealand was first produced privately, with generators on-site powering factories and other businesses. Private homes in Reefton were the first to be lit up in New Zealand. That first station, which harnessed the flow of nearby Inangahua River, set the scene for a hydropowered NZ – it worked well for Reefton, so we kept building them! By 1930, 92% of all stations in New Zealand were hydro-powered.

The local and national governments saw how much electricity would benefit the country – keeping us warm in winter, preserving food and literally powering business – so by the early 20th century, new stations were cropping up all over the country. Even remote rural areas got onto the grid. The idea was that with supply would come demand and bring us into the modern world – and it worked, perhaps too well. Electricity use increased 22% every year, quickly outstripping supply, which wasn’t resolved until large hydro power stations were built in the 1950s. Kiwis then started to use power a bit too freely. In 1991, based on our energy use versus economic output, we were the second-least energy-efficient of 41 OECD countries.

Our previously state-owned power generation assets were partly sold off in the 1980s and 1990s, but the NZ government still owns much of the infrastructure, including the national transmission grid system.

Here’s the good news: 82% of our electricity comes mainly from renewable energy, like hydropower, solar, geothermal or wind. That means our electricity sector is one of the lowest carbon emitters in the world. While motorists in other countries have to weigh up whether recharging their electric cars really is an improvement on using petrol, Kiwis can plug in knowing we’re significantly reducing our carbon footprints. But moving the country entirely to electric transport and powering the whole economy by electricity means we’ll need to generate at least double the electricity we do now. And the bad news? We still have 18% of our power coming from coal, gas and oil. Natural gas emissions are half those of coal, but gas is still not totally clean. Around a third of all gas used in NZ goes towards generating electricity and last year around 20% of all coal used in NZ was used to produce electricity.

CO2 emissions from dirty power form an invisible layer, which insulates the planet. While subtropical temperatures may suit some, with melting polar caps and rising sea levels, things need to change! We are facing a climate emergency and have no time to waste. Have you heard about young climate change activist Greta Thurnberg? Well the bad news is she is absolutely right!

We, of course, need to move away from using that dirty fuel – the question is, how?

The NZ government has pledged to move the country towards 100% renewable electricity by 2035 and a carbon zero economy in 2050. That means electricity is going to power a lot more things – maybe even short-haul planes. We already have enough power lines in New Zealand to wrap around the world 15 times. And if we stack up all those big intrusive transformers that sit on the edge of the footpaths, they would reach 300km high – 30 times higher than the 10km altitude planes fly at.

But the trouble is we’ll need even more to meet future electricity demands, we need to produce more. And, if we keep building power stations and expanding the grid as we’ve done before, it’s going to be costly – we need a new, smarter approach.

Solar power to the people 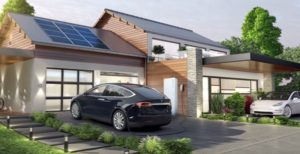 An alternative to all that expensive new infrastructure? The sun. If every Kiwi household and business produced their own power through solar panels, the power would shift – in more ways than one!  Everybody would control, share and generate their own power and there’d be no need for big spending on new power plants or huge transmission lines!

So, is it realistic to think that New Zealand’s 100% renewable energy pledge could be delivered with solar panels and batteries? solarcity thinks it is.

Solarcity’s solarZero offering makes it easy – you can have solar panels and a smart battery installed with no upfront costs. Instead, you’ll pay a fixed monthly fee for solar energy as a service, starting from as little as $85+GST a month. solarcity guarantees you’ll save money on your power bills from your first year. They’ll also take care of upgrades and maintenance, so there are no hidden long-term costs. All you need to worry about is how you’re going to spend your power bill savings!

Think solarZero might be right for your home? Click here to see if you qualify to join the Grid for Good to generate power from your roof.

Since 1981, solarcity has built its business around the principle of kaitiakitanga. Certified Carbon-Zero since 2010, solarcity is one of the top, fastest-growing green companies in NZ. They’ve installed more solar panels than anyone else, which is why they’re New Zealand’s most trusted solar energy provider.

Say no to limp lettuce! try these tricks to revive your soggy greens

Help Prevent Bird Deaths with This One Simple Trick

Making The Most Of A Small Bathroom 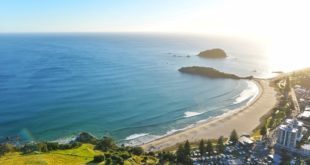 How to save money over Christmas

Festive doesn’t need to be expensive It’s the most wonderful time of the year…and it ...