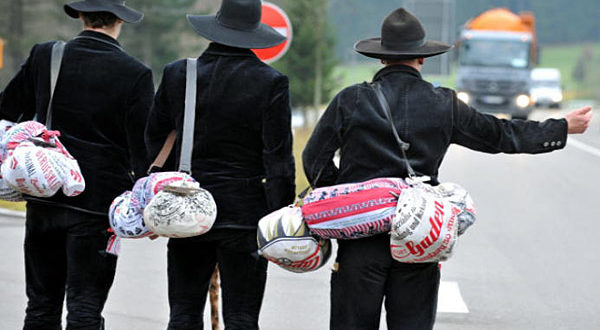 Their flared trousers, buttoned waistcoats, durable jackets and wide-brimmed hats make them an unusual sight on New Zealand roads, yet these oddly-dressed young men and women are not on their way to a fancy-dress party. Nor, despite holding out their thumb for a ride, are they carrying the typical hitch hiker’s laden pack. In fact all their worldly belongings (which includes little else but a sleeping bag, staff, clothes and tools) are stowed in a small, cloth swag slung over one shoulder. These ‘brothers’ (and ‘sisters’, given that 10% of them are now female) belong to a centuries-old tradition which began life in Germany.

Dating back to medieval times, apprentices of all kinds, from tailors to carpenters, were bound to their masters for as long as 7 years. Once an apprenticeship was completed, the apprentice was known as a ‘journeyman’ and was entitled to ask for payment in return for their labour and skills. The next step along the career ladder was to become a ‘master’ who could, in turn, adopt their own apprentice. However, a journeyman could not become a ‘master’ until they had constructed a ‘masterpiece’, a feat which would first require them to gain further experience in their trade.

As gaining this experience could take several years, a journeyman would often take himself off to foreign places where, in the course of working, he would learn more from others more senior than himself. This travel away from home was for a prescribed period of either 3 years and 1 day or 2 years and 1 day, during which time the traveller must not come within a 50-kilometre radius of his home town. The journeyman also had to adhere to certain guiding principles that still continue into modern times.

As their forebears did, today’s journeymen (and women) must travel with only a tiny amount of money at their disposal (just a few dollars), and must not take public transport (which is why you will find them hitchhiking). A journeyman has no means of paying for accommodation but, instead, must rely on the kindness of strangers to take them in, offering in return, their labour. You will often find them, men and women alike, wearing a single earring. Traditionally, this earring was made of gold, and should the journeyman die while away from home, the earring was to be used to pay for their necessary funeral expenses.

Modern journeymen don’t carry phones to make arrangements ahead of time, but will likely have a letter of introduction to the mayor of a town they are passing through, or the consulate of the country they come from. When a journeyman at last returns home from their travels, they are required by tradition to climb over their town or village’s ‘welcome’ sign.

If you see a journeyman or woman hitchhiking, give them a wave, and if you pick them up, they are sure to be able to give your more fascinating details of their travels around the globe.

Previous Article Joke: All in the family
Next Article Digital literacy – why you might need to upskill 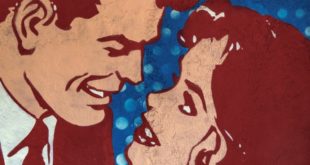 So many reasons not to say ‘sorry’

Have you ever noticed how often Kiwis say ‘sorry’? If you haven’t, start listening right ...