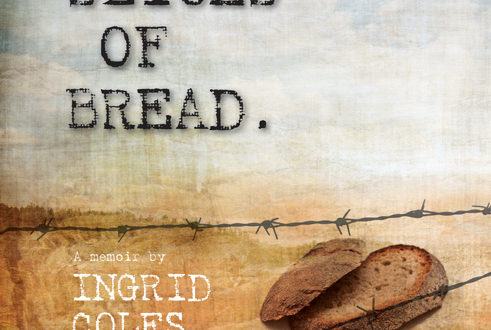 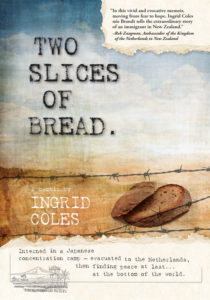 In Two Slices of Bread Ingrid Coles, a Dutch Kiwi and grandmother, looks back on a remarkable life.

Life was good for her family when they lived in Indonesia, where her father worked for a sugar company, until the Japanese occupation. Three months after she was born (in 1942) she and her family were incarcerated in Japanese POW camps. Here they were subjected to sadistic brutal treatment and became severely malnourished. Her father died in captivity.

After the Japanese had gone the Indonesians were ready for Independence and wanted rid of the Dutch. The decision was made to evacuate the family to the Netherlands.

Her mother’s internment in a Japanese concentration camp had left her in very poor physical health and emotionally scarred. She was prone to violent angry outbursts, had breathing troubles and was often bedridden for weeks on end. It was a very unhealthy environment for the children to grow up in. Ingrid tells it as it was.

After her Mother’s untimely death, Ingrid travelled to New Zealand at the tender age of 16 by boat to start a new life and realise her dream of becoming a nurse. She was one of many young Dutch people who came out to New Zealand in droves during the fifties as the post-WWII Dutch economy was in the doldrums and New Zealand welcomed more workers.

To say goodbye was a big decision in those days. The cost of a return visit was prohibitive so many would never see their Dutch relations and friends again or not for a very long time.

That happened to our family too. My parents emigrated in the fifties with seven young children in tow. We were so excited about going on such a big journey that we didn’t give much thought to those we were leaving behind. But only one grandson was able to make it back to Holland for a visit before our paternal grandparents died.

Ingrid’s older sister Juliana and husband Rob who had immigrated to New Zealand eight years earlier were waiting to welcome her. By now they had a toddler who she would meet for the first time.

On the drive to her new home in Hastings, she sat in the back of their VW. Her first impressions:

“The radio played staccato classical music as we drove through an old town with overhanging roofs. I felt we were participating in a country and Western movie! Expecting to see cowboys and Indians on horseback galloping past, I was disappointed that none appeared. Nor were there Maori people dressed in grass skirts, the typical picture of New Zealand I’d seen on postcards and magazines before my emigration!”

(Misconceptions went both ways. When I started at primary school in New Zealand my classmates thought of Holland as a country where flaxen-haired little girls tiptoed through the tulips.)

Ingrid did suffer from homesickness but once she started her nursing training at Waipukurau hospital, where everyone treated her as family and invited her to join the nurse’s hockey team, she settled down. The Matron alternated their duties to fit in with their games.

Ingrid did make it back to Holland in 1964, a year after graduating, but an invitation to play hockey pulled her back to New Zealand the following year.in time to play in the 1965 K cup hockey tournament in Taranaki. Then, like many young single Dutch women at that time, she fell in love with a Kiwi. She and Mark have three children and ten grandchildren.

Although Ingrid and her brother and sisters still have ongoing physical and/or mental health issues what really astounded me was her capacity to forgive (helped by her Christian faith) the great harm done to her family as a result of their experiences in Japanese concentration camps.

In the introduction to this memoir, a previous Dutch Ambassador Rob Zaagman (whose mother and her family were also interned in Japanese POW camp) wishes that more immigrants would tell their stories.

That would be great. Many other refugees and immigrants have travelled from different parts of the world through turbulent times before finding a new home here. Each has added to the rich patchwork of many colours which makes up our multicultural society. Their stories would bring it to life and deserve to be told.

Two Slices of Bread: A Memoir by Ingrid Coles Published by Wild Side Publishing. RRP $39.99 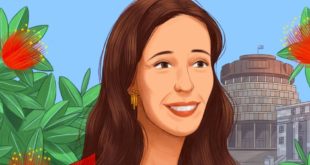