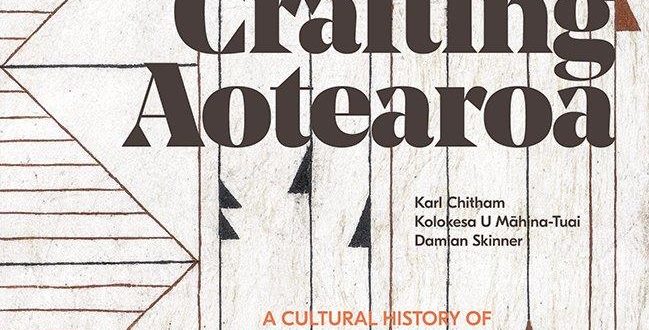 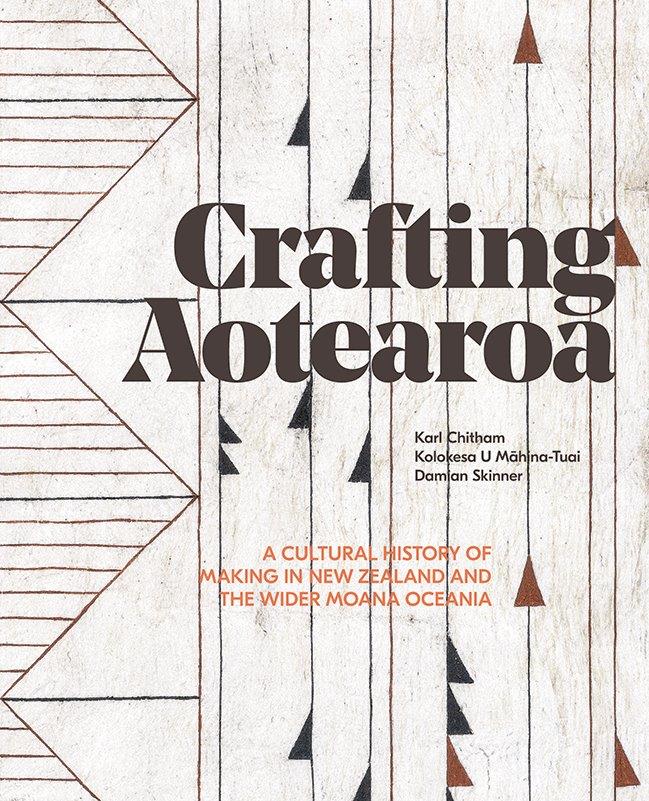 Crafting Aotearoa brings together for the first time the crafts made by all of us (Maori, Pakeha, Pacific and other migrants). It traces their histories, how they have changed over time and the connections between them. It is a large book full of fascinating stories and photographs.

Maori had a strong a history of making handmade objects well before pakeha arrived. The colonists brought many kinds of crafts with them. These were often thought of as the preserve of women but from the earliest days of settlement men were also crafters.

There is a photograph of a chair made out of whalebone which may not have been very comfortable to sit on but at a time when early visitors and settlers often arrived without furniture it was a very innovative way of filling a need. Another photograph shows a model of a cathedral which a Dalmatian gum digger A Addis constructed out of more than 600 pieces of kauri gum. It took him 10 years to complete.

Increasing industrialisation in the western world meant that textiles became much more readily available and affordable. But in New Zealand the care and maintenance of textiles continued to be seen as so important that in 1884 Samuel Luke reassured readers of the NZ Herald that any girl who could not pass half the maximum number of marks in needlework would fail to gain a scholarship or a certificate of proficiency.

When New Zealand went through hard times during the Depression people had to make do with whatever was to hand and became very inventive out of necessity. In a photograph of a chintz chair found in a farmhouse attic, partly exposed from wear and tear, we can see that it was made from a wooden kerosene tin box. These were commonplace in homes living without electricity and were often repurposed to build everything from bookcases to dressing tables.

In the new millennium young people are getting back to knitting as a nostalgic hobby and use social media to share ideas and make friendships.

A Slow Fashion Movement has also taken off as a way of promoting sustainability. For instance, as a reaction against mass-produced overseas cheap clothing, Dunedin based NOM’d is repurposing op shop garments and extending their lifespans.

After the 2010 and 2011 Christchurch earthquakes, memorials created from fabric, ribbon and yarn were placed around locations where people had died and where cherished buildings had fallen. It was a way for people to come together and to provide comfort.

In our Pasifika community crafts are imbued with cultural significance. As a group of women create a tapa cloth together, they will tell stories and sing songs. Once finished the tapa cloth fills an important role at ceremonies such as weddings and funerals.

For Tongan Methodists the first Sunday in May is Fakame (White Sunday) Children’s Day. In the lead up to this important occasion mothers, aunts and grandmothers will have been busy creating the clothes and adornments for their children which can be either Tongan or Pakeha in style or a mixture of both. There is a beautiful photograph of two young girls exquisitely costumed for White Sunday).

The section on NZ potters was a chance for me to take a nostalgic walk back into that time in the sixties and seventies when evening classes in pottery were widely available and very affordable. I was fortunate to be taught by one of NZ’s foremost potters, Patricia Perrin at Avondale College and went on to have my own kiln, joined a pottery co-operative and taught a night class. Pots sold like hot cakes in the seventies because people liked handmade domestic ware and it was relatively cheap.

The view on what constitutes craft is changing and is becoming more fluid.  Ngapuhi artist Maureen Lander’s installation which was commissioned for the 1998 opening of Te Papa Tongarewa (our national museum) is a case in point.

Whai (similar to the English game cat’s cradle) was a traditional Maori game. For her installation, called String Games, which included whai patterns, she used materials such as fluorescent coloured string. It was displayed in a darkened room and activated by ultraviolet light. Was it art or was it craft, but does it really matter? Let’s just celebrate the beauty of the handmade.

All those who are interested in New Zealand’s cultural history, especially those who love crafts, will enjoy this wide-ranging and informative book. I am finding it endlessly fascinating.