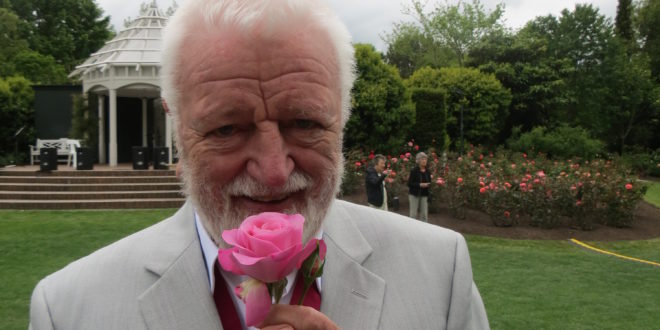 An icon in the world of roses, Dr Sam McGredy IV, passed away in Auckland on August 25th 2019. Almost anyone with interest in roses would grow at least one McGredy rose and anyone who didn’t still associated his name with roses. 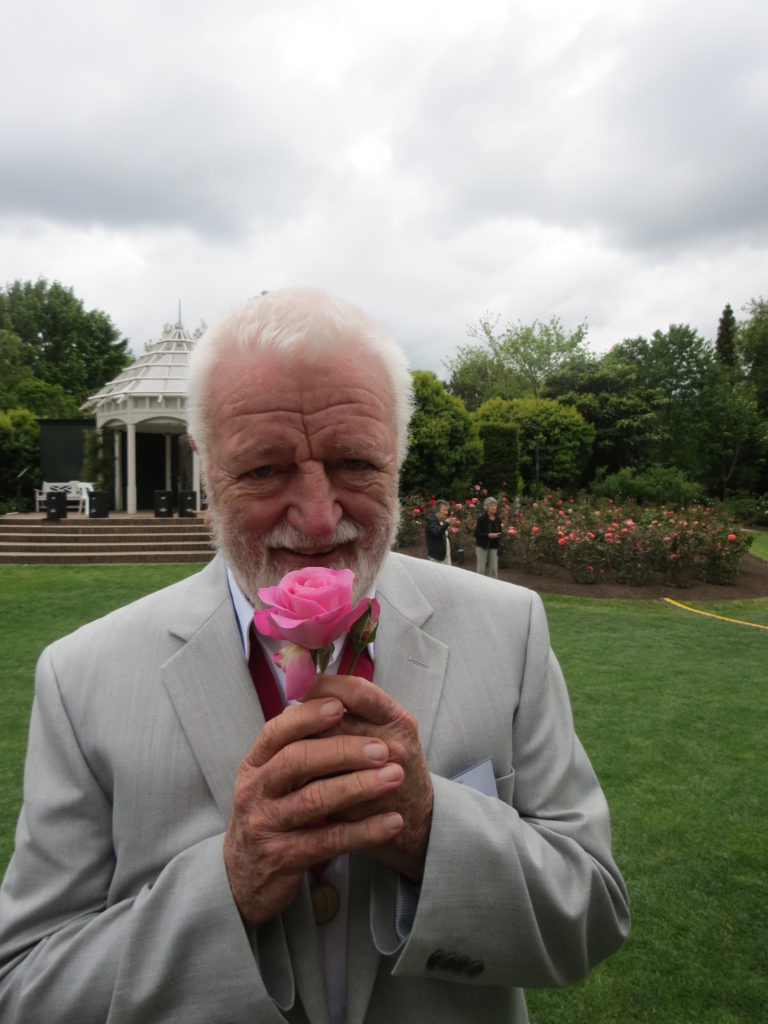 Born in 1932 in Portadown, Northern Ireland, Sam was the fourth generation of his family to breed roses. Tragedy struck at age 2 when Sam’s father passed away suddenly, leaving a trust to run the nursery headed by Sam’s Uncle Walter. World War 2 also meant the roses were pushed to one side and vegetables grown to help the war effort. Young Sam attended boarding school and also spent a year on exchange in the United States before attending Greenmount Agricultural College and Reading University where, by Sam’s own admission, rugby, drinking beer and chasing girls took priority over studying.

In 1952, Sam reported for duty at the nursery, was given the keys to the hybridising house and was told: “it’s yours”. Not knowing what to do and with nothing done with the breeding since the war, Sam decided to start afresh with new lines and also sought out the leading rose breeders in Europe for advice.  His first introduction came in 1958 and throughout the 1960s, introduced many fine roses which were always widely promoted.

Sam visited New Zealand in 1962 with further visits made including attending the 1971 World Rose Convention in Hamilton. By now the political situation in Northern Ireland had turned for the worse, Sam decided to immigrate to New Zealand with his wife Maureen and daughters Kathryn and Maria. A third daughter Clodagh was born in New Zealand. Before deciding to move to New Zealand, Sam successfully lobbied for the introduction of Plant Variety Rights (PVR) which helps plant breeders to protect their new varieties. He had previously lobbied successfully for the introduction of similar laws in the United Kingdom.

Arriving in New Zealand in 1972, Sam went from being running a nursery growing one million roses a year and employing 160 staff to just him and a glasshouse breeding roses. Sam regarded the move to New Zealand made him a better rose breeder, and he had much success both here in New Zealand and around the world with many fine roses. There would be few rose gardens without a McGredy rose in them and made a major mark on the rose scene in New Zealand. He helped to establish the Rose Introducers of New Zealand (RINZ) and was involved in setting up the Auckland Rose of the Year trials at the Auckland Botanic Gardens which ran from 1990 – 99. This then moved to the Rogers Rose Garden in Hamilton and became known as the New Zealand Rose of the Year trials which are held as part of the Pacific Rose Bowl Festival.

Sam retired from rose breeding in 1991 with the last variety ‘Hamilton Gardens’ introduced in 2008.  His second wife Jillian assisted him in the last five years of rose breeding.  This brought an end to four generations of the McGredy family breeding roses but Sam was always supportive and encouraging to other New Zealand rose breeders like Rob Somerfield, Bob Matthews, Doug Grant and Frank Schuurman. New Zealand rose breeding has been left for the better since Sam’s retirement.

Sam’s contribution to horticulture and the world of roses has been recognised numerous times. Among his awards are a CBE for services to Horticulture, an honorary doctorate from Massey University, the Dean Hole Medal (UK) , the New Zealand Rose Award, the Australian Rose Award, the Gold Medal from the World Federation of Rose Societies and the Associate of Honour from the Royal New Zealand Institute of Horticulture.

In my next column, I will look at some of the varieties Sam McGredy has bred over his career in rose breeding.

In the rose garden for October: 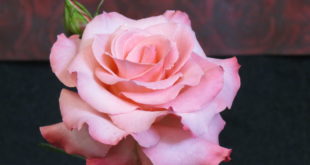 It has been a busy few weeks for those in the world of roses with ...