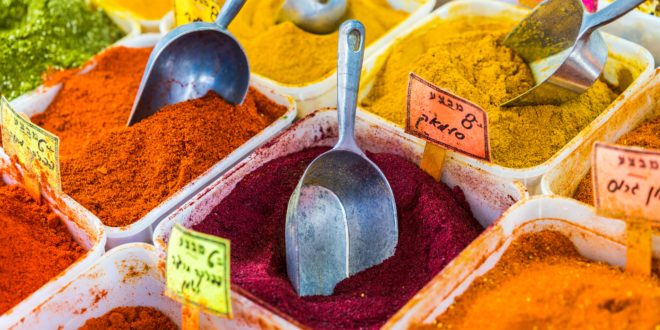 Even our grandmothers were using a version of it. Same with mixed spice which contains cinnamon, pimento, ginger, nutmeg and cloves. And let’s face it, even if we don’t use it ourselves, we’ve become pretty familiar with Chinese 5 spice with its flavours of star anise and fennel. Many of us now choose the more exotic-sounding garam masala over curry powder even though the two contain similar ingredients, and there are few pantries that don’t hold lemon or herb rubs (even though, strictly speaking, they are aren’t traditional blends).

However, what we may not realise is that, waiting to be discovered, is a whole range of authentic ethnic herb and spice mixes that have been used for centuries in some of the earliest inhabited parts of the world. 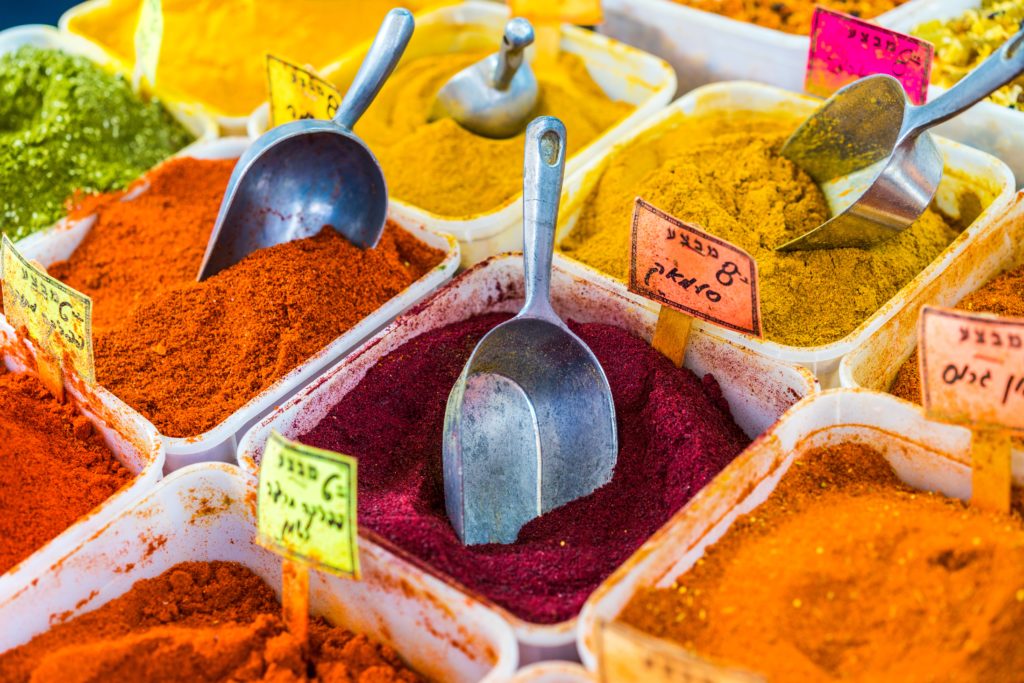 Two traditional spice mixes to have come to our attention in recent years are harissa and za’tar. Harissa hails from North Africa (think Morocco and Tunisia) and comes in two forms: wet and dry, with the only real difference being the addition of olive oil to the wet version. Cumin, caraway and coriander seeds, along with garlic powder and salt, are the mainstays of harissa but its real punch comes in the form of lashings of smoked paprika. What it doesn’t do for pumpkin dishes isn’t worth knowing!

Another new-ish chum on the block is za’tar, a blend from the Middle East (Lebanon in particular) which is delicious sprinkled onto flatbreads that have been painted with a little olive oil. It’s also sensational when added to yoghurt-based dips, and is used to season meat, and to bring a little zing to roast vegetables. Za’tar’s tangy flavours come from the addition of sumac to a mix of roasted white sesame seeds, salt, and dried thyme, marjoram, and oregano. And if you’re scratching your head over just what sumac is, that’s not surprising given that this lemony-flavoured subtropical herb hails from East Asia and Africa.

Yet to hit town!

There’s no end to spice mixes from around the world so we have a lot of them to look forward to. Perhaps Shichimi Togarashi will be next. This spicy blend hails from Japan and includes a few of the well-knowns such as chilli and sesame seed mixed with the more unusual dried orange peel and nori seaweed.

While Indian food-lovers know about panch phoron, the rest of us are still waiting for this interesting blend to become mainstream. To create it, the seeds of cumin, fennel, fenugreek, black mustard and kolongi seeds are mixed together, either whole or ground. When using them, they are fried briefly in oil to release their fragrance before being added to vegetables and/or meat.

Jerk spice mix is a Jamaican discovery that we’ll be sure to welcome when it arrives. Said to have been devised by African slaves who fled from the British when they invaded the island of Jamaica, it’s often associated with smoke-flavoured foods because of the open fires it’s ‘inventors’ cooked in their forest hideaways. The mix contains garlic, onion, cayenne pepper, thyme, parsley and paprika brought together with dash of sugar and a pinch of salt.

Whatever mix next comes our way, we’ll be sure to welcome it and, being the do-it-yourselfers we Kiwis are, we’ll no doubt be making our own versions of it before long.

Previous Article Joke – Probability
Next Article Why does Alzheimer’s affect some people differently?

Why is my supermarket fruit so tasteless?

Hate washing dishes? This story is for you 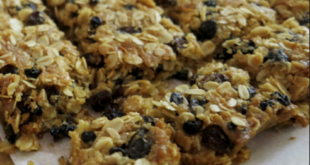 Recipes don’t come much simpler than this and with only one bowl used, cleaning up ...