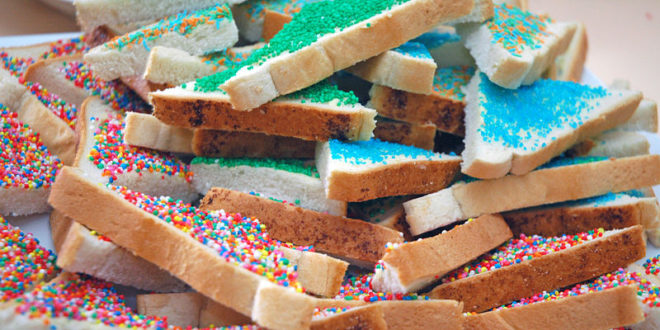 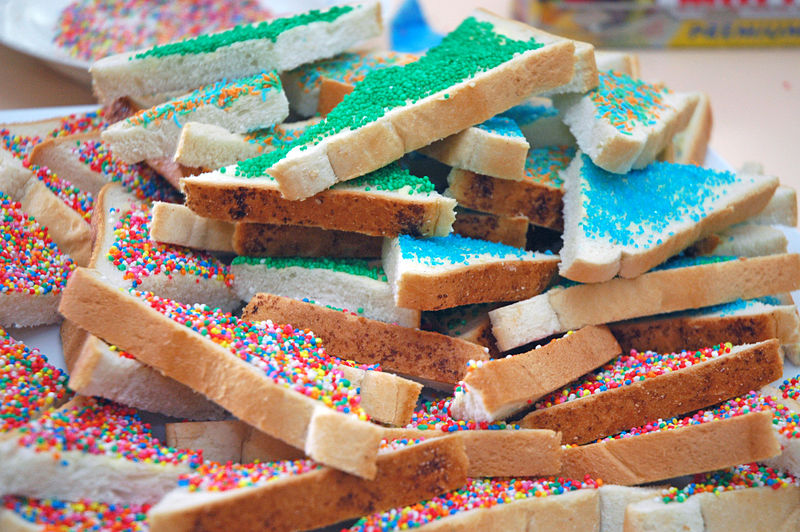 Depending on which side of the birthday table you sit, this iconic kids’ party food is either gritty, fatty and super-unhealthy, or deliciously crunchy, buttery and sweet. However you see it, fairy bread is not some relic from the past, or even a retro revamp. No way! Fairy bread lives! In fact, it’s so popular that it no longer has to wait to be brought out for birthday treats – you can find being nostalgically drooled over in some of our hippest cafes!

Needless to say, the Aussies have tried to lay claim to it (although even they admit there’s not a lot of historical data to go on). The closest they can get is to a 1929 newspaper reference to a fund-raising garden party for children in Hobart. The newspaper report states “The children will start the party with fairy bread and butter and 100s and 1,000s and cakes, tarts …” Prior to that, the closest anyone seems able to get to tracking down the colourful party treat’s origins is a reference to ‘Fairy Bread’ in a poem by Robert Louis Stevenson in ‘A Child’s Garden of Verses’ published in 1885.

Over the years, there have been many attempts to glamorise fairy bread, with one American outlet even producing rainbow coloured bagels, spread with cream cheese, and topped with sprinkles. We’ve had fairy bread biscuits (sold by the packet and also baked at home). And, for a while, there was a short-cut fairy bread where all busy mums had to do to produce the party food was slap some icing onto a wine biscuit and top it with the called-for tiny sugar balls. Those wanting to stamp their own mark on fairy bread get out he cookie cutters and cut fairy bread shapes in hearts and stars, while healthier-minded birthday parents have even been known to attempt to mitigate the effects of the longed-for party food by serving up the sugar sprinkles on sough dough (we’re with you there – ugh!).

But like it or lump it, there is only one true recipe for fairy bread. For starters, the bread must be thin and white (there’s no room for error here or you’re out of the game from the start). There’s the teeniest bit of room for variation where the fat is concerned. While slightly softened (not melted) butter is always best, margarine can be tolerated at a pinch. But when it comes to the sprinkles, only the tiny round ones will do (forget the hail, the chocolate dots and the spun sugar threads) – and the sprinkles must be in rainbow coloured (even if those hipster cafes are offering single-colour options). As for crusts – they should always be cut off. And leave the cookie cutters in the draw – fairy bread is cut only into triangles (4 to a slice!).

Mm-mm – can anything compare to fairy bread? Well, actually, a Dutch version comes a very close second (and is just as traditional). What’s more, you don’t have to wait for your grandchild’s birthday party to enjoy it. The Dutch sprinkles are called ‘hagelslag’ (which translates as ‘hail storm’) and the first chocolate version was manufactured in Holland in 1939. Hagelslag are sprinkled on top of buttered bread and eaten for breakfast, lunch and as snacks. What’s even more refreshing is that they come in a range of flavours and shapes. And you can eat them on toast and no one will think any the worse of you! Keen to try? Book a ticket to Amsterdam today!

Tips for cooking with a slow cooker 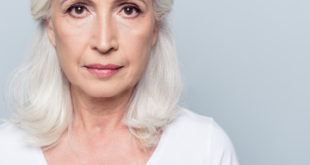 Knowing the right foods to help you feel and look younger needn’t be a challenge! ...