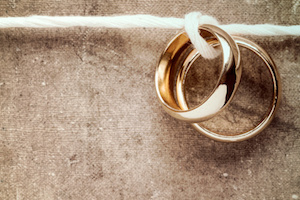 Love and marriage: over time, wars have been fought for love, alliances have been made through marriage and our society has formed expectations of behaviour, based around the institution. In ancient times, women were theoretically given equal rights once they were married.

Marriage used to be much more of an ‘arrangement’ than it is today, where families had much more say in which was considered a ‘good match,’ economically, politically and socially. The ideal of marriage as a declaration of love alone is a far more modern development. The Twelfth century troubadours were the first ones who thought of courtly love – the whole notion of romance became more apparent in these times.

Even today, marriages are still arranged in many cultures. For some, the shared ideology, family support and expectation combine to make a successful union, at other times, the outcome is far less positive. The same can be said of love unions!

Whether you believe in the traditional marriage, civil unions, de-facto relationships, same sex marriage or a combination thereof (how complicated!), there’s one thing they all have in common: anniversaries. Couples have a date where they chose to commit to one another, and love should be celebrated. If there was more love and less conflict in the world, it would be a better place.

Symbols and traditions are important in marriage. The most common symbols and traditions include that of rings and gifts to mark anniversaries. Engagement and wedding rings date back to Roman times, where the belief was that a ring represented eternity. The wearing of wedding rings symbolises a union that is to last forever. It was once thought that a vein or nerve ran directly from the “ring” finger of the left hand to the heart.

However, anniversaries can be sources of conflict. Depending on the way you choose to celebrate, your partner or spouse may end up feeling more (or less) loved as a result. To help prevent an issues, we have compiled a list of the traditional ways to mark anniversaries, along with some alternatives.

The historic origins of wedding anniversaries date back again to the Roman Empire, when husbands crowned their wives with a silver wreath on their twenty-fifth anniversary, and a gold wreath on the fiftieth. Given the life expectancy of the time, these would have been rare gifts indeed. It was in the 2oth century that commercialism led to the addition of more anniversaries being represented by a named gift.

Mostly, anniversary gifts are given between the couple, to each other. At important intervals, the wider family is often involved (for example a golden anniversary), and may come together to buy a more significant gift for the couple.

In English-speaking countries, the first wooden gift was cut on the day of celebration and then presented to the wife as a finished article before the next two-quarter days had passed.

Over time the number of symbols expanded and the German tradition came to assign gifts that had direct connections with each stage of married life. The symbols have changed over time. For example, in the United Kingdom, a diamond was a well-known symbol for the 75th anniversary, but this changed to the now more common 60th anniversary after Diamond Anniversary of Queen Victoria.

The current monarch Queen Elizabeth II’s 60th year on the throne, in 2012, was widely marked as her Diamond Jubilee and commemorated in 2012.

Gifts between spouses should also have meaning for the two of you. An anniversary gift should be purchased with love and thought and contain a love token or secret that only you two know.

This can include poetry, photographs, letters, mementos or other tokens – you don’t necessarily have to spend a fortune to show your love. A card is important, and must never be overlooked. Take a moment to write down what you have appreciated about your partner over the past year – the highlights and how they have helped you with any issues. It’s fine to use humour, just make sure there is a serious message in there somewhere too! In times when the relationship is being challenged, these words can remind you of the reason you chose one another in the first place.

Whether you are a traditionalist or more modern in your outlook; money is no object or times are tight, there are many places to go for inspiration. You can simply google wedding gifts, or ask your friends for their best suggestions.

Check out wedding anniversary gifts by year for creative gift ideas for the 1st anniversary to the 60th:

20 Years (China) – Splurge: Plan a trip to China with your partner or family and really embrace the culture and beauty China has to offer.

Save: Visit local markets and find interesting pieces of china that remind your spouse about a happy or romantic time.

30 Years (Pearl) – Splurge: Take a once in a lifetime pearl diving trip in Bora Bora! Pack your bags, and book your flights to the stunning island of French Polynesia. This tropical paradise is less than five hours away and whether you decide to search for pearls yourself or visit the people that do, this will be one-anniversary present you can both enjoy and remember for ever. You can do the same type of pearl trips in Fiji, the Cook Islands and the west coast of Australia.

Save: Repurpose unworn family jewellery by resetting or threading a pearl necklace. Search antique shops for a pearl-handled letter opener or inlaid box as a keepsake.

40 Years (Ruby) – Splurge: Go to Australia and stay at Uluru (Ayers Rock) and have dinner in the shadow of this iconic Australian landmark.

Save: find 40 red items that your love will appreciate and make a care box – red wine, candles, home-made jam, or a flower. Get creative and have fun with the 40 ideas- what a way to say I love you!

50 Years (Gold) – Splurge: Throw a gold-themed party for all your friends and family to enjoy! Find shiny decorations, outfits and party treats, play music from 50 years ago and kick up your heels. Remember one bottle of gold bubbles to share only with your beloved!

Save: A gold picnic – use metallic tissue as a tablecloth, and roast a chicken until it’s golden and remember a few Hershey’s kisses for dessert.

60 Years (Diamond) – Splurge: re-create the moment you proposed or were proposed to, try and remember all the smaller details can plan it out again as if it were the first time. It could mean a trip away, or visiting that special place you never thought you would return to. A nice and extravagant touch would be to add another diamond ring! Design your own and visit a diamond factory or re-set the original from 50 years previous.

Save: Diamonds are forever, and so are honest words of love and appreciation. Take a leaf from the ’40 red ideas’ of the ruby anniversary and write a letter, poem or list of 60 things that your partner has added to your life that you consider priceless. Write it on a beautiful piece of stationery or frame it. Tears of love and happiness guaranteed!

Every couple has a ‘song’ – one that reminds them of the day they met, their wedding day, or some other special time. You could arrange a musician to arrive at your anniversary dinner and play it live, ask your favourite radio station to play it at a time you know your love will be listening, or buy tickets to the performer’s show.

Finally, here’s a song, viewed over 20 million times on YouTube, reported to be the most romantic ever…does it compare to ‘your song?’ 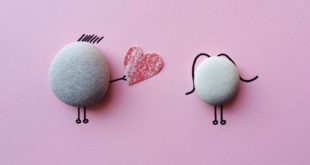 From splurging on presents for the grandkids to overindulging in Lindt balls, it’s all too ...