Those of us of a certain age will remember dragging our feet all the way to the ‘Murder House’ for our annual visit. You could be sure that, when you had opened your mouth wide for the school dental nurse, she would proceed to do at least one painful filling. Those were the days before fluoridation, when mothers put sugar-laden, home-baked treats in lunchboxes and cavities were rife.

We felt we were the victims. What never crossed our minds is that dental nurses were victims too of a system that would not allow them to use painkillers for fillings to ease the pain. And as late as 1959 dental nurses were still having to use old treadle drills invented a century earlier.

In Tooth and Veil, Noel O’Hare has recorded the history of the Life and Times of the New Zealand Dental Nurse.

The School Dental Nurse service was established in Zealand nearly 100 years ago to do battle with ‘Bertie Germ’ who was causing grievous harm to children’s teeth. A social experiment unique to New Zealand, it won admiration around the world and was adopted by 15 other countries.

In practice the dental nurses were used as lowly paid ‘slaves’ by the dental profession. They endured military-style training, poor resourcing, petty discipline and increasingly archaic rules about uniform and behaviour.

From the moment they started their training students were expected to be slavishly submissive and respectful of their seniors at all times.

They had to ‘rise and stand to attention when spoken to when on duty, or when addressing a member of the staff, another nurse or a member of the public. The position of attention is defined as follows. Standing erect, feet together, hands clasped behind the back.’

Once trained a dental nurse could be told to set up a clinic anywhere in New Zealand at a moment’s notice, sometimes in very remote areas where the conditions could be substandard. When Margaret McClean arrived in Hokitika there was no-one to meet her:

“The clinic was a mess, with half the equipment lost and there was a huge backlog of children who had gone untreated. The isolation and loneliness of the place had driven the previous nurse to drink. Margaret worked from 7.30 am until dark. Children had to be treated in one day. Petrol was curtailed as a result of the wartime petrol shortage. The children used to eat onions because they thought nurse wouldn’t treat them but nurse ate onions too.”

Dental nurses soldiered on through a Depression, and a War. Noel O’Hare paints a picture of young women who were compassionate, resourceful, and courageous.

Why did they do it you might well ask. A major reason was that apart from teaching and nursing there were very few opportunities for young women to enter a profession.

It was not until 1974 that the school dental nurses had finally had enough and decided to march. A pay issue had triggered it, but it was also a reaction against years of having to be subservient, blindly obedient, and under-resourced. It was a huge logistical exercise to bring dental nurses from all over New Zealand to Wellington for one day. It must have been quite a sight to see 600 respectable middle-class women in their starched white uniforms and red cardigans, marching along Lambton Quay to Parliament, determined to be heard.

Included in Tooth and Veil are a series of vintage posters put out by the Department of Health for schools including one labelled Bombs for Bertie in which a bomber is shown dropping a load of vegetables onto the arch-enemy Bertie the Germ of Tooth Decay.”

I thought Tooth and Veil a good read. Letting some of the dental nurses tell their stories in their own words and the many black and white photographs of dental nurses at work brought the part New Zealand dental nurses played in the battle for women’s rights alive for me.

Any residual hard feelings you may still be harbouring about the pain that was inflicted on you in the ‘Murder House’ will more than likely be dissipated as you read about the Dental Nurses’ side of the story. 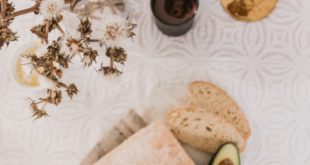 It happens to all of us – you mention a word in conversation, and the ...