By and large our current society operates mainly though contestable markets, ie markets in which one undertaking or individual competes with others in order to achieve success. This applies in business, in politics, in sport and many other fields. However, competition is a hard task master, particularly if the competition is intense and involves many “players”. In business for example for every business that succeeds, there are probably 10 that fail within a year of setting up. Competition is particularly intense in high level sport where there can be only one winner but many competitors.

So, what makes the critical difference between sustainable success in these markets and either failing or falling back into mediocrity? One of the most important factors is “competitive edge”, ie the possession of an attribute or an ability which sets one organisation above the others in a particular market.

It is comparatively rare for “competitive edge” to be self-sustaining over a long period of time, particularly in today’s world with rapid and world wide communications and the ability to analyse competitors in detail using “smart” technology. The partial exception is where competitive edge is derived from a natural advantage, for example if a country or a company had unique access to a critical resource such as a rare metal. However, even in those cases natural advantage tends to be eventually overcome, e.g. in the case used, by the development of alternative materials or the recycling of material already is use.

So competitive edge has to be continually worked at or improved if success is to be sustained and there are outstanding examples of how this has been achieved in different fields.

Competitive edge is most commonly associated with technology, and there is no doubt that in many manufacturing and processing industries technology does indeed provide the competitive edge. However, the firms that sustain their success are those that are continually investing in research and development in the laboratory, and innovation on the shop floor, so that their technology stays ahead of the pack. There are some good examples of that in New Zealand – looking back in time continuing investment was a key factor in the sustained success of the Fisher and Paykel organisation – initially in-home appliances and then in medical devices. A good current example is yacht design and construction, and particularly the use of the Americas Cup competition to drive continuing innovation and technology development in yacht design and construction.

Competitive edge does not have to be driven by technology – a key driver in any industry is the performance of human resources, ie people, in providing services. A good example is our national airline – Air New Zealand – which is renowned for the excellence of its service. Obvious examples are consultancies of different sorts, whether they are in a field such as engineering, the law, building design (architects) and many others – all of which are people based.

An interesting example in sport is the unparalleled success of the All Blacks in international rugby. Initially much of this success was due to natural advantage. The agricultural sector dominated early New Zealand and its physical and decision-making demands fed through into rugby. In the 50s and 60s especially the image of the All Blacks was exemplified by examples such as Colin Meads and Brian Lochore – big men, who were naturally fit from meeting the demands of farming, and derived their strength from having to manhandle fence posts and other farming equipment. However, those days are gone – New Zealand is now largely urbanised and it is the gym rather than farming which provides strength and endurance for the players. In that respect all the international competitors now have a level playing field when it comes to the fitness and strength of the individuals involved.

The loss of that initial natural advantage has had its impact. The All Blacks have lost their aura of invincibility and can expect to lose at least some games in a season when once loss was unthinkable. At present they are not even rated as the No. 1 team in the world although that is likely to be a temporary situation – the real test will be whether they can win the forthcoming World Cup in Japan. Although they still win far more than they lose, their competitive advantage is “thin” and under constant attack and this forces continual improvement and innovation. The interesting aspect of this example is that the competitive edge held by the All Blacks – and I think they still do have a competitive edge – consists of complex mix of factors, not just a single attribute. Those factors consist, amongst other things, of the depth of the talent base, priority access to players (a real problem for Northern Hemisphere nations), astute and stable selection and coaching, and what is still the undoubted “aura of the Black Jersey”. It remains to be seen whether the continuing development of these and other factors is enough to maintain a successful competitive edge.

5 ways to extend the life of your clothes 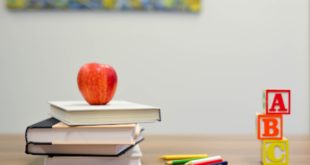 Discover U3A – and build friendships as well as your brain!

Ever thought about going to university (or returning to those heady heydays?). With U3A, a ...