This saucy memoir, by Jenny Lynch, journalist and former editor of the New Zealand Woman’s Weekly is far from a nostalgic, dewy-eyed trip down memory lane.

‘How could it be? We were hardly angels. There was booze. Some people had permanent hangovers. There were blow-ups. A colleague hurled a typewriter out of a window. Another threw a sharpened spike at a worker who irritated him. I once swept everything from my desk and stormed out of the door. There was eccentricity,’ she writes.

Readers of the New Zealand Woman’s Weekly may be relieved to hear that these kinds of shenanigans took place in the newsrooms and editorial offices of other magazines where Jenny Lynch worked and not at their beloved squeaky clean and more sedate Weekly.

Although my mother, a lovely, respectable churchgoing lady, who read the New Zealand Woman’s Weekly from cover to cover each week would have been shocked to hear that Jenny Lynch once worked at a restaurant-cum-nightclub in Melbourne called ‘ The Playboy’. Here busty bunnies in scanty outfits were the main drawcard and one of her tasks was to field obscene phone calls.

Jenny Lynch began her career as a journalist in the fifties. She was 19 years old and recently back from a year as an AFS scholar when she went knocking at the door of Jean Wishart, the Editor of the New Zealand Woman’s Weekly, and was offered a job. She developed a great respect for the astute way Jean Wishart listened and responded to the interests of her readers as this contributed greatly to the popularity of the magazine. It was filled with local stories, lifestyle features, London gossip, recipes, and knitting patterns.  Readers could send in their household hints and share their opinions in ‘Over the Teacups’ and ask advice from an Agony Aunt.

Jenny was put in charge of the Pixy Pages, a challenging task as she knew nothing about children. Writing for teenagers was more to her liking as it gave her an opportunity to interview some of the pop idols of the day. Her stories were written on a clunky old Imperial typewriter.

After two years she left to take up a speech and drama scholarship in America. On her return to NZ she found employment at the Weekly News which, bemused by its stiflingly formal culture, she refers to as a Gentleman’s Club.

‘The overriding impression was one of stuffy maleness-tweedy jackets, pipes, grey hair and sometimes the post-lunch smell of booze.’

When the Weekly News folded a job at the newly created Sunday Herald followed. The first copy rolled off the press in September 1971. The Sunday Herald too ran into money troubles and eventually folded. But not before it had provided many a journalist with opportunities to do some interesting investigative journalism including a piece by Gavin Ellis, her future husband, about how pensioners were resorting to eating pet food as the cost of meat was beyond their reach.

He bravely agreed to put a doggy dinner to the taste test and concluded:

‘If I had to eat pet food, I would become an instant vegetarian. Dogs seem to enjoy the stuff but personally I couldn’t care a woof if I never tasted pet food again.’

The Sunday Herald also gave Jenny Lynch the job of bringing outspoken feminist Germaine Greer from Australia and to accompany her on her New Zealand speaking engagements. Jenny’s account of the public response to Germaine’s rather outrageous behaviour, which reflected the conservative attitude of the time, makes good reading. I well remember feeling astonished that Germaine was summoned to court for using the word “bullshit”.

After the Sunday Herald closed, a writing job at the magazine Thursday followed. It was aimed at younger women, took a more feminist slant, and dealt frankly with some serious social issues such as abortion. Insufficient advertising and having to pay for contributed material sadly led to the demise of this magazine also.

And then it was full circle. Jenny Lynch returned to the New Zealand Woman’s Weekly. She writes about how a series of editors, of whom she was one, endeavoured to respond to the changing times and to what a new generation of readers wanted to read.

The New Zealand Woman’s Weekly became embroiled in what was known as The Magazine Wars which adversely affected its circulation and increased costs, due to the rise of cheque book journalism, proved hard to match.

But the New Zealand Woman’s Weekly was still very much a going concern until German-owned company Bauer Media, to the dismay of many, suddenly and unexpectedly closed its NZ doors during lockdown. In a flash, our iconic Weekly was gone along with a raft of other magazines such as The Listener, North and South, Kia Ora, and Metro.

But not forever! The good news is out that private equity company Mercury Capital, the new owner of Bauer New Zealand’s magazine titles will resume the publication of the New Zealand Woman’s Weekly immediately which will undoubtedly bring joy to many of its loyal readers.

Under the Covers. Secrets of a Magazine Editor. By Jenny Lynch. RRP $38. Published by Mary Egan Publishing. 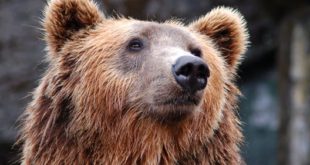