Category sponsor
For your enjoyment - have a laugh!
Entertainment

Stupid people should wear signs. Do you need one?

Stupid people should have to wear signs that just say, "I'm Stupid." That way you wouldn't rely on them, would you? You wouldn't ask them anything. It would be like, "Excuse me… oops, never mind. Didn't see your sign."

It's like before my wife and I moved. Our house was full of boxes and there was a Ridgeways truck in our driveway. My neighbour comes over and says, "Hey, you moving?" "Nope. We just pack our stuff up once or twice a week to see how many boxes it takes. Here's your sign."

A couple of months ago I went fishing with a mate of mine, we pulled his boat into the ramp, I lifted up this big whiting and this idiot on the ramp goes, "Hey, you catch all them fish?" "Nope. Talked 'em into giving up. Here's your sign."

I was watching one of those animal shows on the Discovery Channel. There was a guy inventing a shark bite suit. And there's only one way to test it. "Alright Jimmy, you got that shark suit on, it looks good… They want you to jump into this pool of sharks, and you tell us if it hurts when they bite you." "Well, all right, but hold my sign. I don't wanna lose it".

Last time I had a flat tyre, I pulled my car into a gas station. The attendant walks out, looks at my car, looks at me, and I SWEAR he said, "Tyre go flat?" I couldn't resist. I said, "Nope. I was driving around and those other three just swelled up on me. Here's your sign."

We were trying to sell our car about a year ago. A guy came over to the house and drove the car around for about 45 minutes. We get back to the house; he gets out of the car, reaches down and grabs the exhaust pipe, then says, "Damn, that's hot!" See? If he'd been wearing his sign, I could have stopped him.

I learned to drive an 18-wheeler in my days of adventure. Wouldn't you know I misjudged the height of a bridge? The truck got stuck and I couldn't get it out no matter how I tried. I radioed in for help and eventually a local cop shows up to take the report. He went through his basic questioning…ok…no problem. I thought sure he was clear of needing a sign…until he asked, "So, is your truck stuck?" I couldn't help myself! I looked at him, looked back at the rig and then back to him and said "No, I'm delivering a bridge… here's your sign."

I stayed late at work one night and a co-worker looked at me and said "Are you still here?" I replied, "No. I left about 10 minutes ago. Here's your sign."

A point of view… Barbara Walters of Television's 20/20 did a story on gender roles in Kabul, Afghanistan, several years before the Afghan conflict. She noted that women customarily walked 5 paces behind their husbands.

Miss Walters approached one of the Afghani women and asked, "Why do you now seem happy with the old custom that you once tried so desperately to change?"

The woman looked Miss Walters straight in the eyes and without hesitation said, "Land Mines."

Moral of the story: behind every man is a smart woman.

Remuera Barbie:
This modern day princess homemaker Barbie is available with a Mercedes 4WD SUV, a Prada handbag and matching Nike Yoga ensemble. She has a master’s degree and double-majored, but has the luxury of being a stay-at-home mum with Ken's generous salary. Comes with a Prozac prescription and Botox. Starbucks mug and traffic-jamming Blackberry internet/cell phone device sold separately. Husband Ken is into fishing, golfing and is often "working late." Available at all Newmarket-area Starbucks retailers.

North Shore Barbie:
This Barbie is only sold at Smith & Caughey. She comes with an assortment of Kate Spade handbags, your choice of a BMW convertible or Hummer and a long-haired foreign lapdog named "Honey". Also available is her cookie-cutter development dream house. Available with or without tummy tuck, facelift, and breast augmentation. Workaholic, cheating husband, Ken, comes with a Porsche.

Massey Barbie:
This pale model comes dressed in her own Levi jeans 2 Sizes too small, an "It's All About Me" T- shirt and a Guns and Roses tattoo on her shoulder. She has a six pack of Lucky and comes with Metallica CD's. She can spit over a distance of 2 metres and kick mullet-haired Ken's derriere when she is drunk. Also available is the gold-toned cubic zirconium ring that Ken gave her after their last big fight. Comes with Barbie's Dream Double Wide Trailer. Available at K-Mart. 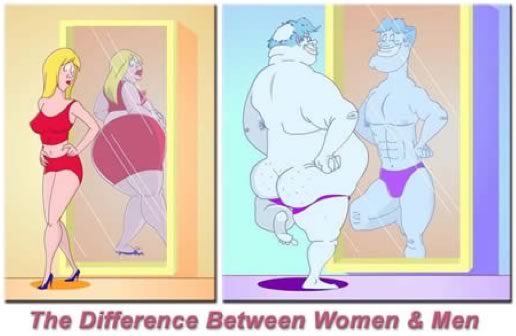 Recently, I was diagnosed with A. A. A. D. D. – Age Activated Attention Deficit Disorder.

But then I think, since I’m going to be near the mailbox when I take out the trash anyway, I may as well pay the bills first.

I take my checkbook off the table, and see that there is only one check left my extra checks are in my desk in the study, so I go to my desk where I find the can of Coke that I had been drinking. I’m going to look for my checks, but first I need to push the Coke aside so that I don’t accidentally knock it over. I see that the Coke is getting warm, and I decide I should put it in the refrigerator to keep it cold.

As I head toward the kitchen with the coke a vase of flowers on the counter catches my eye–they need to be watered. I set the Coke down on the counter, and I discover my reading glasses that I’ve been searching for all morning. I decide I better put them back on my desk, but first I’m going to water the flowers.

I set the glasses back down on the counter, fill a container
with water and suddenly I spot the TV remote. Someone left it on the kitchen table. I realize that tonight when we go to watch TV, I will be looking for the remote, but I won’t remember that it’s on the kitchen table, so I decide to put it back in the den where it belongs, but first I’ll water the flowers. I splash some water on the flowers, but most of it spills on the floor. So, I set the remote back down on the table, get some towels and wipe up the spill. Then I head down the hall trying to remember what I was planning to do.

At the end of the day: the car isn’t washed, the bills aren’t paid, there is a warm can of Coke sitting on the counter, the flowers
aren’t watered, there is still only one check in my checkbook, I can’t
find the remote, I can’t find my glasses, and I don’t remember what I did with the car keys. Then when I try to figure out why nothing got done today,
I’m really baffled because I know I was busy all day long, and I’m really
tired.

I realize this is a serious problem, and I’ll try to get some help for it, but first I’ll check my e-mail.

Do me a favor, will you? Forward this message to everyone
You know, because I don’t remember to whom it has been sent.

Don’t laugh — if this isn’t you yet, your day is coming!
GROWING OLDER IS MANDATORY.
GROWING UP IS OPTIONAL
LAUGHING AT YOURSELF IS THERAPEUTIC! 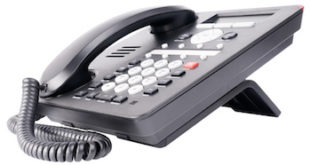