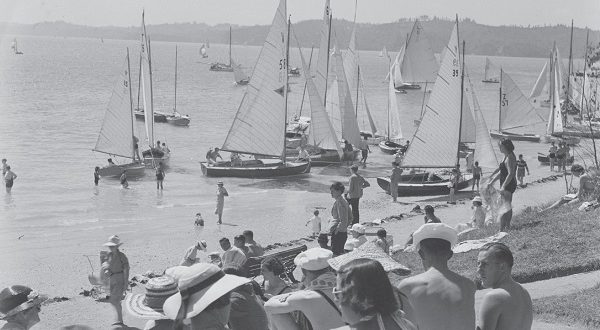 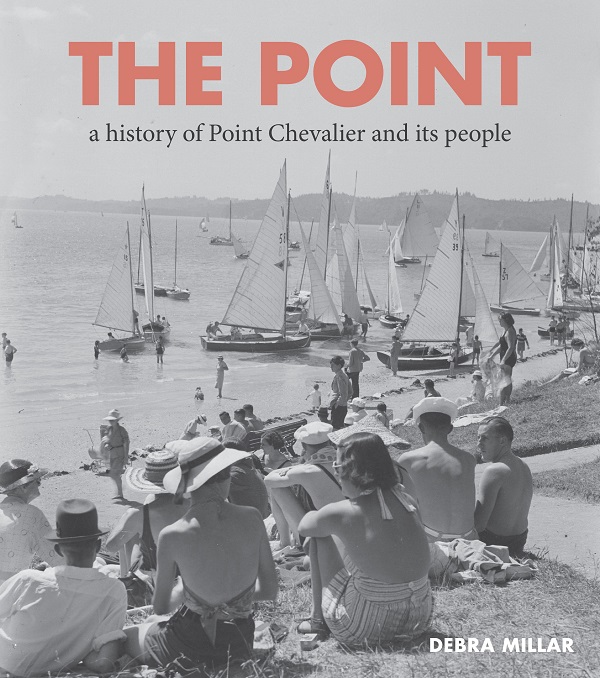 Debra Millar was curious to find out more about the place she loves and has lived in for the last eight years. She set about delving into its past and discovered that Point Chevalier has a rich and colourful history which she has shared in her book The Point. A history of Point Chevalier and its people in a very engaging way.

In the sixties, when I flatted with three other university students in a little pink house on Meola Rd, Point Chevalier was just a quiet dormitory suburb. So I was fascinated to read that it had been a hotbed of jazz and dancing in the twenties.

And our little house may well have been one of the many state houses built under the First Labour Government in Point Chevalier.

Growing up in Point Chevalier

Children made their own fun in the thirties and were allowed to roam much more freely than these days. She quotes Keith Sinclair, one of 10 children and later a well-known history professor at Auckland University:

“The Point was magic. A near-city suburb. It could have been hundreds of miles from town. We lived, not close to the beach, but part of it. In the lives of children, it could have been centuries before. We were the people of the land. We owned it. Our life was timeless. Not many places could have been better to grow up in.”

Point Chevalier beach has long been a very popular place with Aucklanders. She describes how in the nineteenth century it provided a welcome respite from the often overcrowded living conditions in the city. Although only four miles from the centre of town it was quite a journey, the last part of it through farmland on little more than a rough dirt track.

Only children would go into the water to swim, the adults stayed on the beach to picnic and play games.

There is a gorgeous photograph of a woman in an elegant long white maxi dress and sunhat lounging in a deck chair under a pohutukawa tree while beyond horses are tethered to the bank.

Over the years some of the Point’s famous landmarks have been demolished, but others are still standing and have been repurposed. She traces their history. The most imposing was the Auckland Provincial Lunatic Asylum (established in 1860) which was later renamed Oakley and then Carrington Psychiatric Hospital before it took on a different role when Unitec took it over. There is to be a next chapter in its history as a new urban housing development is planned in its spacious grounds.

There was also the Point Chevalier Fire Station built in 1926 which is still standing but is now a student hostel.

The ASB bank, designed by architect Daniel Boys Patterson in the classical revival style, is now a home for the organic bakery and café Daily Bread. Here master German baker Patrick Weizenbach makes his bread and pastries with a 600-year-old sourdough starter.

The Battle of the Buses

The history of transport in Point Chevalier was one of ups and downs.

In the early part of the twentieth century, as the population grew, there was hot competition between two private bus companies which caused commuter commotion. The dispute got out of hand!

“A truce was called, but amid accusations that the two companies were not observing the agreed timetable, hostilities escalated into complaints of dangerous driving and assault, involving both companies.”

Point Chevalier has had its share of interesting characters whose stories she tells such as Eric Allen’s who at 94 years old is still running Reef Radio 106.7 FM and playing 1930’s-1970’s music out of his living room.

Sports have played a very important part in the life of the Point over the last 100 years, and there were many sporting clubs some of which are still there today.

There are many more stories and photographs in The Point. A history of Point Chevalier and its people including its early Maori History, how the Point got its name, its schools, churches and businesses.

Residents and those who once lived there will treasure this book. And those who love to explore their own backyard will also find it really informative and interesting.

Or why not catch a bus from the city to Point Chevalier with your grandchildren, take them on a history walk and buy them a treat from Hannah Clarke’s cake shop ‘Let them eat cake” on Point Chevalier Rd. Or feast on a pizza from Francesca’s Pizzeria which has notched up twenty years of business and is still going strong.

The Point. A history of Point Chevalier and its people is by Debra Millar. Point Publishing. RRP $40.

Previous Article VIDEO: What did kids do in the school holidays in the 60s?
Next Article Joke – Haunted house