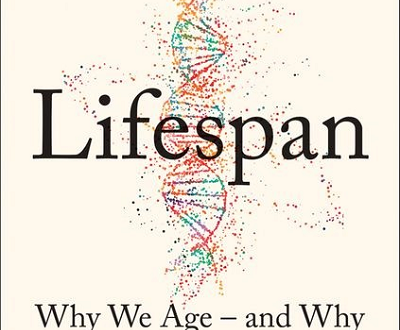 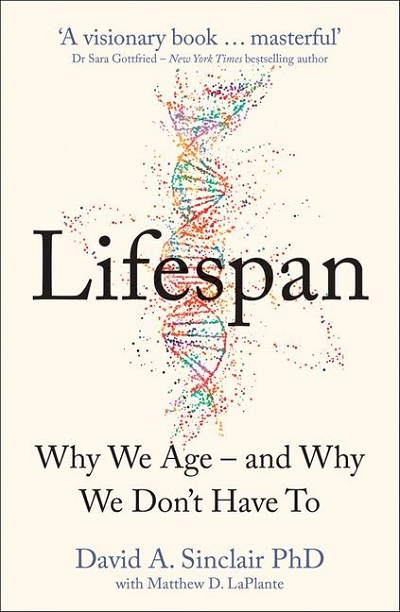 We can live longer and stay healthy to well over a century. And, this sounds even more remarkable, it is possible to turn the clock back and to reverse the ageing process.

Dr Sinclair shares these beliefs in Lifespan. Why We Age-and Why We Don’t Have to. No, he is not an oddball maverick but a highly intelligent man, an acclaimed Harvard Medical School Scientist and one of TIME’s most influential people.

In the first part of his book he guides us through the science of ageing and the experiments that have been done in his laboratory with rodents. These showed that the drug resveratrol prolonged the life and health of mice. They also showed that those who were given medication died quickly at the end,

The following is his cocktail of longevity pills.He takes 1 gram (1,000 mg) of NMN every morning, along with one gram of resveratrol (shaken into his home made yoghurt) and 1 gram of metformin. In addition he takes 1 daily dose of vitamin D, vitamin K and 83 mg of aspirin.

So far his longevity medication has only been tested on himself, his family members, his dog and some colleagues.

But such anecdotal ‘evidence’ is not evidence at all. Scientific testing involves a double-blind trial where the participants and researchers do not know if a pill contains the drug or just a placebo. The problem is that decades of such testing will be required to prove or disprove his theory. Right now, all we really have is one person’s opinion.

He himself is remarkably fit and healthy and much younger than would be expected for his chronological age. But maybe this could also be attributed to the lifestyle changes he has made (including a more plant-based diet, regular exercise, eating less and fasting).

Old age is a disease

‘There are several ways’ he says, ‘to speed innovation to find and develop medicines and technologies that prolong healthy lifespan, but the easiest is also the simplest: define ageing as a disease.

Researchers would then be able to compete on an equal footing with researchers working to cure every other disease in the world and gain access to large amounts of public funding.

And once widely tested doctors would feel comfortable to prescribe longevity medication to their patients before they become irreversibly frail.

So far no country has been willing to take his advice.

I am of the opinion that, because public money for health research is not a bottomless pit, this money would be far better spent on finding cures for diseases which young people who have their lives ahead of them suffer from.

His counterargument is that longevity pills would mean fewer bed-ridden geriatrics. Old people would be fit and healthy so more money would be available to spend on the health of the rest of the population.

But there is no real guarantee that towards the end of their increased lifespan people would die speedily. They might instead still begin to suffer from cancer, dementia, and general frailty and linger on for some years. The cost of looking after them would not have disappeared it would just have been deferred.

A heavier burden for younger people?

And as the proportion of young to old people is already changing in many countries because of a declining birth rate there would be fewer young people to shoulder the load of supporting the ever-increasing number of old people.

Not such a problem if old people are healthy and can keep working into their nineties! He argues.

But would the world be a better place with so many more old people around?

My view is that age does not always bring wisdom and they would greatly outnumber young people who are more likely to bring new ideas and innovations.

So, before we start to tinker with our genes a lot of thought needs to be given as to what the social consequences could be.

But who knows what the future might bring? The world is changing very rapidly and life expectancy is already increasing markedly.

So, I would recommend reading this visionary and thought-provoking book. It is sure to spark some interesting conversations! It certainly has amongst our baby boomer friends.

Lifespan. Why We Age-and Why We Don’t Have To is by David Sinclair. Publisher Harper Collins. RRP $35. 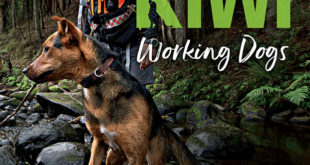