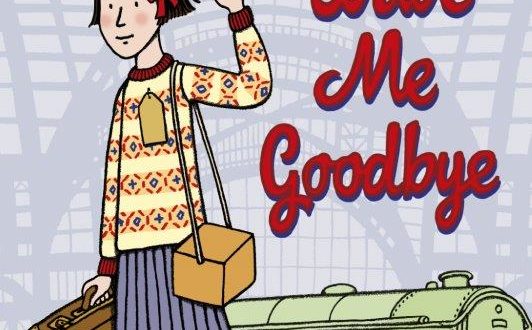 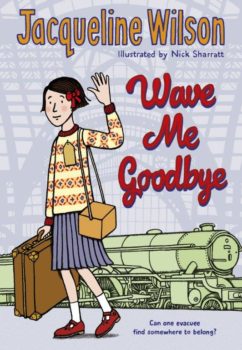 World War Two is imminent and children are being evacuated from London to the countryside for their safety. As the story begins ten year old Shirley is being told by her Mother to pack for a holiday. But where is she going and why is her Mother not coming? When Shirley finds out she is distraught but she must go.

A rule has been made that each child can only bring one favourite book but at the last minute Shirley, who loves reading, secretly squeezes in her whole library which makes her suitcase exceedingly heavy to carry.

When they arrive, after their train journey, the children are lined up and the villagers (who are required by law to take some evacuees if they have spare bedrooms) come and choose which children they want to take home. But no one picks Shirley or Kevin or Archie (two boys from East London). So sad and humiliating to be the unwanted leftovers!

Strangely, although there are plenty of bedrooms, there are no spare beds so Shirley has to spend the first nights sleeping on the floor which is cold and uncomfortable.

The reality of living in the countryside soon comes home to Shirley when she finds out, after  eating one of Chubby’s wonderful pies, that it was a rabbit pie and that Chubby had been out with a gun that very morning to shoot it. ‘Murderer!’ she cries.

As the story develops there are all sorts of dramas between Chubby, Mrs Waverley and the three children. Jaqueline Wilson builds up the tensions between them in a very engaging way. There is never a boring moment and a suitably dramatic climax.

But she also manages to sensitively capture what is going on in Shirley’s head as she struggles to adjust to her new life, away from home for the first time, and living with two difficult lads and the two old ladies who really have no idea of how to bring up kids.

The subplot of how Chubby and Mrs Waverley came to live together in this grand old house adds further interest to the story.

Jaqueline Wilson is one my eleven-year-old granddaughter’s very favourite authors. But I enjoyed reading Wave Me Goodbye as well. It was a little slice of World War Two History I was unfamiliar with. 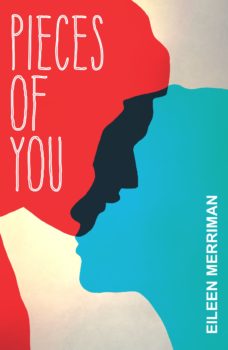 Rebecca was a happy teenager who loved goofing around with her girlfriends until her parents shifted from the South Island to Auckland’s North Shore. Then her life took an alarming turn.

She was invited to a teenage party where the parents were absent and alcohol flowed all too freely. Feeling lonely she wandered off to the beach by herself where another teenager took advantage of her inebriated state and sexually assaulted her. Deeply disturbed by this experience she began on a cycle of cutting herself.

But her life looked up when the neighbours were invited to dinner and she mat Cory, their handsome oldest son. Through their mutual love of reading they became soul mates. Their friendship gradually blossomed into young love. Rebecca’s pain began to heal.

Although on the surface Cory is a popular, balanced and happy young man there is another more complicated side to his character. More demons must be faced along the way which could shatter Rebecca’s life all over again.

I found Pieces of You a harrowing story which deals frankly with many issues that teenagers may experience today such as rape, self-harm, excessive drinking, bitchy school mates, adoption and suicide. But all was not doom and gloom. There were also many humorous and loving moments in the lives of these teens.

It is a YA novel (aimed at those who are14 years plus) but I think this book is well worth reading for adults too, especially those with teenage children or grandchildren.

Rebecca had parents who loved her. She made a few good friends and went to a counsellor but she felt unable to share her secret. The sad reality is that parents and grandparents of troubled teenagers may not always know what is going on inside their heads.

The mental health services available for our young people are inadequate in New Zealand and we have the highest youth suicide rate in the developed world. Too many are slipping through the net.

But organisations such as Youthline, Rape Crisis and Suicide Helpline can offer support. It is good that a list of these and how to contact them is provided at the end of the book.