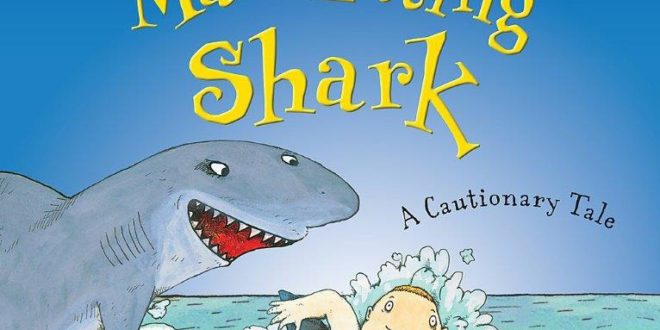 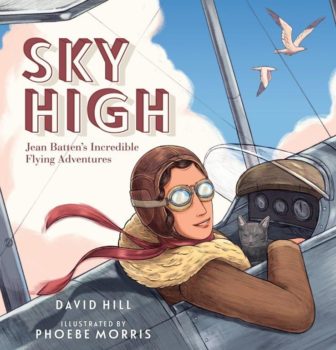 Jean Batten was surely one of the most determined and courageous women in New Zealand’s history. Award winning author David Hill has told her story in a very engaging way in Sky High.

She was born in 1912 in Rotorua. While her Father was away fighting in the War her Mother brought her up and encouraged and helped her to realise her dream to fly a plane. They were not a wealthy family. To raise the money to sail to England where Jean could take flying lessons she sold their piano.

Then Jean made bigger plans to fly from England to Australia. After many adventures, setbacks and a few crashes along the way her fearless determination and flying skills helped her survive storms and crashes, as she crossed great oceans and lonely deserts in her tiny plane.

It made her famous both abroad and at home. Maori people gave her the name Hine-o-te-Rangi, daughter of the skies. But hard times followed and eventually she died penniless and alone on the Spanish island of Majorca.

Her story, which is suitable for 5 years and up, will inspire girls to reach for the sky. But I think boys will be equally fascinated by the accurately drawn pictures of the different planes she flew and Jean Batten’s great sense of adventure. 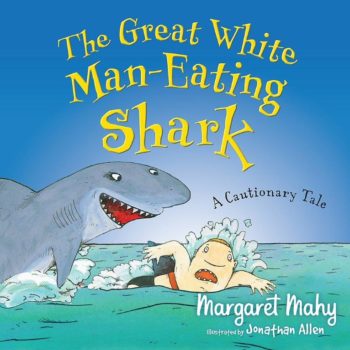 Perhaps because he was rather ugly, with a face that looked just like a shark, Norvin is a bit of a loner. He would love to be an actor, but can’t find a part to suit him.

His second love is swimming at a wonderful bathing beach called Caramel Cove. But when he shoots through the waves like a silver arrow other people get in his way which makes him very cross and resentful.

The terrified bathers panic and rush to get out of the water. So for quite some time Norvin has the beach all to himself.

But one day as he is enjoying another solitary swim a female white man eating shark nuzzles up to him.

“You are the shark of my dreams.” she says ‘Marry me at once or I shall lose my temper and bite you!”

His disguise has finally landed Norvin in trouble and the trickster is about to be taught a lesson.

Margaret Mahy has a magical way with words and a wonderful imagination. Young children will love this delightfully scary cautionary tale! 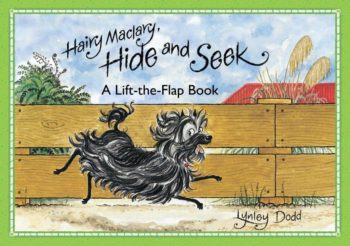 Hairy Maclary, that mischievous little rascal from Donaldson’s dairy, is back again playing a game of hide and seek with the cats in his neighbourhood.

Well actually he’s doing the hiding and the cats are blissfully unaware that Hairy could pounce at any moment. Greywacke Jones is hunting a bee, Butterball Brown is washing a paw and Mushroom Magee is asleep on a ledge.

But when Hairy Maclary finally decides to bounce out of his hidey hole he gets more than he bargained for. Because he is about to meet the most fearsome of all the neighbourhood cats “Scarface Claw’ who gives him a big fright and chases Hairy Maclary all the way home!

I think you can never go wrong with a Hairy Maclary book. Children just love him! And what make this one especially fun for pre-schoolers is that they can join in Hairy Maclary’s game by lifting the flaps on each page to find his hiding places.

The words in these two charming little sturdy books are in both English and Maori so they are a great way to introduce them toTe Reo while they learn their colours and numbers. 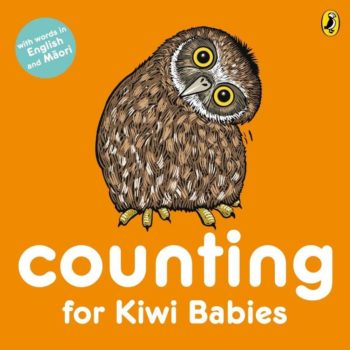 Since becoming a guide at Tiritiri Matangi Island wildlife sanctuary I have discovered just how much kids of all ages love bird spotting!

In Counting for kiwi babies little ones will learn to count to ten in both English and Maori. And catch their first glimpse of one morepork(ruru) , two kingfishers ( kotare) , three fantails (piwakawaka) , four kiwi , five  tuis and more of our special native birds.

And who knows? Showing little children these lovely illustrations of our feathered friends might just sow the first tiny seed in their hearts for a desire to protect them. 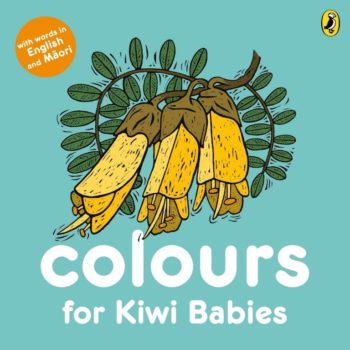 Most of the pictures in this book come from our natural environment, from the earth the land and the sky.

Pohutukawa is red (whero), Kowhai is yellow and Kiwi is brown ( paraone)

But as this is a book for kiwi kids black (pango) just had to be an All Black rugby jersey. And on the very last page there is an iconic white Pavlova ( paherowa).

Many grandparents these days have grandchildren who live overseas. I think these two little books would be great to tuck into a suitcase to bring a taste of home to their kiwi grandbabies.