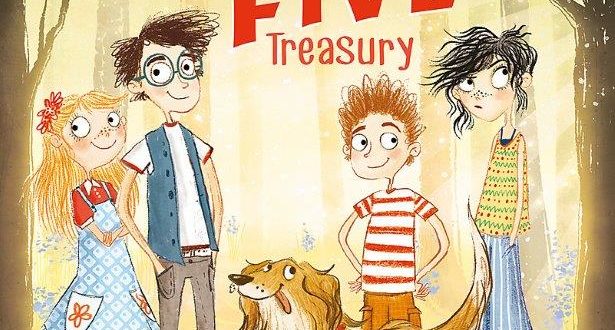 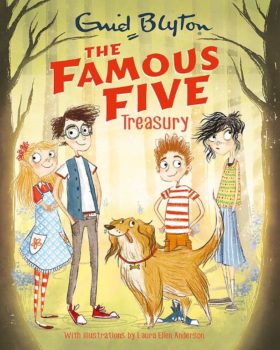 I loved reading about the adventures of the Famous Five when I was a child so reading this anthology was a walk down memory lane. It is filled with short stories and excerpts from the full length books as well as fact files about each of the Five and some fun ideas for things to make and do.

But I never bought any Enid Blyton books for our children and I doubt if they’d have found them in their school library. Because by then librarians and teachers had become very critical of her formulaic stories, her simple plots her predictable narratives and her one dimensional characters. She was also accused of being sexist, racist (especially in her Noddy series) and xenophobic.

It didn’t stop Enid. She didn’t care about what the critics thought and kept churning them out at the rate of one book a week. She made a fortune. By the end of 1953 she had sold more than 6 million copies and although she died in the late sixties she is still one of the world’s biggest selling authors.

In hindsight the fact that she was so heavily criticised does seem like a bit of an overreaction. There are also lots of positives in her Famous Five stories which she was not given credit for. The four children in the Famous Five books were loyal friends. They had healthy appetites and ate lots of good food. They loved being outdoors and making their own fun. And they were brave young crime fighters.

But what might concern parents now is the extraordinary amount of freedom these school age children had to go off on adventures to quite remote places where they had some very dangerous encounters with strangers who were sometimes armed and wanted to harm them. Why wasn’t there more of an outcry about that?

I do think it a shame Enid Blyton never let the Famous Five grow up (like Harry Potter). Throughout the 21 Famous Five books they stayed the same age. Anne would probably have turned into a perfect suburban housewife but who would George have become? Maybe a staunch feminist protesting against such a traditional role or as she so strongly felt she wanted to be a boy might she have transitioned?

As for Uncle Quentin he would probably have been sent off to a course in anger management.

I was a little surprised when my granddaughters said they had enjoyed reading some of the Famous Five adventures. Now why would girls who love the Harry Potter series and Jaqueline Wilson books which are much more multi-layered enjoy reading about the Famous Five?

Well they thought they were good adventure stories.  And who could argue with that?  But the best reason for giving Enid Blyton our seal of approval is that as her books are so easy to read they are helping to turn children away from their obsession with technology and onto reading.

I think there are lots of stories in The Famous Five Treasury which would appeal to 5 to 6 year olds at bedtime. And they would love hearing how much we enjoyed them when we were young as well.

The Famous Five treasury by Enid Blyton is a Hodder Children’s Book. RRP $34.99 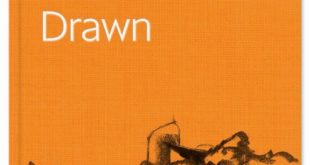