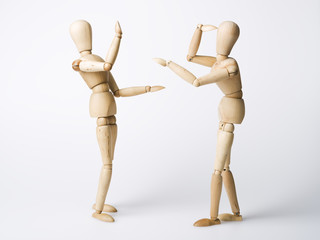 “Love is saying ‘I feel differently’ instead of ‘You’re wrong.’”

Men and women talk and argue differently. It seems to me that it is an absolute miracle that the two genders get on as well we do when you look at the different ways we see things. So today I am borrowing a little from John Gray’s work on the mistakes that men make in an argument and the mistakes that women make. I hope there is something in each list for all of you.

Raising your voice or becoming cold, sharp, or distant in tone. Men can care so much about being right that they don’t realise that their tone can sound uncaring from a woman’s point of view. Men often sound threatening and overwhelming when angry. Becoming aware of your tone is a good start to making a difference.

Making condescending comments such as, “Don’t worry about it,” or “it’s not a big deal”, instead of acknowledging her feelings, is a mistake most men make repeatedly.

Interrupting her with comments such as “You shouldn’t feel that way.” or correct her observations. Instead of taking time to reflect and saying something like, “I understand you think that…”

Expressing frustration with the pace of the argument. This is when a man will say in frustration, “Why do we have to go over this again and again.” A better approach may be for a man to say, “I have to take some time out to absorb what it is you are saying.”

Offering solutions rather than asking more questions. This goes back to the classic Mr. Fix-It. Rather than listening, they will offer solutions.

Having to get in the final word. Whatever she says, her man comes back with, “So once again everything has to be your way.” Statements like this often stem from a male’s sense of frustration that his partner has more accomplished verbal skills.

Giving in to what she wants, but with the message that you are doing so even though she is being unreasonable. There is no real way to make peace here. It is just the opening of the next argument.

Raising your voice and using strong emotional tones: Being accusing, mocking, or sarcastic. Try to stay unemotional and resist these temptations.

Using rhetorical questions like, “How could you say something like that?” Try instead to express what you do like and accept, such as, “I understand and agree with that, but…”

Making generalised complaints rather than giving specifics: “We never spend time together,” or “You’re not doing the things that you said you would do.” In general men do not respond to the abstract as well as the specific. Give examples of what he has done if you want to be heard.

Expecting him to respond like a woman instead of a man. Saying such things to a man as “Why can’t you speak from your heart?” or, “You’re not opening up to me?” doesn’t wash that well with a man. Try instead to address a man as a man with comments like, “I know you want to solve the problem, but right now I just need you to hear me.”

Bringing up old issues to make your point. Don’t muddy the waters with past arguments. Stay with the issue you are dealing with right now.

Comparing him to someone else or how he used to be. This totally confuses a man. Comments like, “You used to be so much more affectionate,” don’t go down well. Try instead to make a positive statement and give him a model of behaviour you may like him to follow, such as, “I love it when you….”

Expecting your partner to make you feel good, rather than taking the responsibility to feel good on your own. A woman says something like, “Well that doesn’t make me feel any better.”

What Women Want: To be loved, to be listened to, to be desired, to be respected, to be needed, to be trusted, and sometimes, just to be held.

What Men Want: Tickets for the test match.

Motivating baby boomers to see the world with fresh eyes.

Previous Article Joke: Anger vs exasperation
Next Article How to make Greek Moussaka with Akis Petretzikis 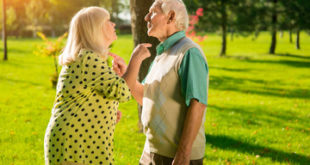