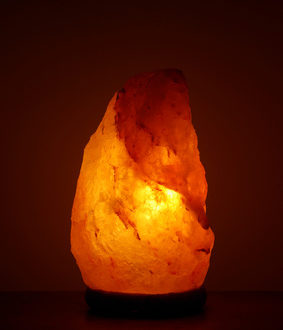 From naturopath waiting rooms to rock and gemstone stores, you’ve probably admired the sultry glow of a Himalayan salt lamp at one point or another. But did you know that as well as giving off an ambient glow, salt lamps also go hand in hand with a host of health benefits?

The healing powers of salt 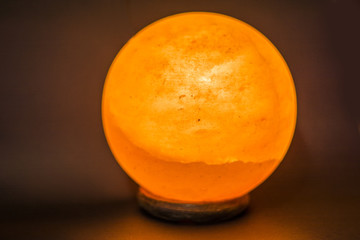 Basically, salt is hygroscopic which means that it attracts water molecules from the air. This means that salt lamps actively trap dirt, pollen, smoke and other particles that are carried in water vapor. These airborne contaminants are then locked in the salt, which has a purifying effect on the air. When the lamp is switched on heat revitalises its absorption capacity and means it can continue to attract particles.

What’s more, as the lamp warms up it generates negative ions which are then released into the air. These negative ions are thought to have a myriad of health benefits.

If you’re not a huge fan of winter, some studies suggest that negative ions can help people suffering from seasonal depression (SAD), and could even combat other forms of depression.

Another popular claim surrounding salt lamps is that they help you enjoy a deeper sleep. This is because over-exposure to positive ions can hinder the brain’s supply of blood and oxygen which can mess with sleep patterns. Sleeping next to a salt lamp could help balance out positive ions and increase the quality of your sleep. 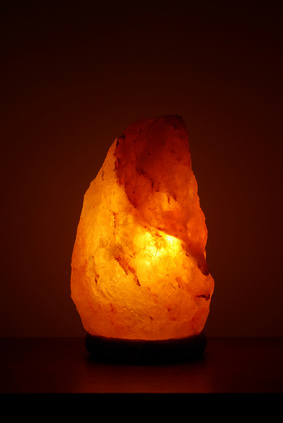 Supposedly, positive ions drain your body of energy. So, because salt lamps counteract positive ions with negative ones, they could help you feel more energised and invigorated.

Some studies show that negative ions increase cilial activity, while positive ions do the opposite. Cilia are the microscopic hairs that line your windpipe, which means that salt lamps could help you breathe better and keep your lungs clean.

If you’re feeling stressed or anxious, some experts maintain that exposure to negative ions creates a calming effect.

As mentioned earlier, salt actively absorbs particles in the air which could be a huge drawcard if you suffer from allergies.

If you’re concerned about a build-up of positive ions from electronic equipment salt lamps could be your saviour. Some experts warn that constant exposure to EM radiation can cause chronic fatigue, stress and weak immune systems. Salt lamps work to cancel out positive ions and keep your body in balance.

While there’s plenty of hype surrounding salt lamps, it all comes down to whether you believe the theories or remain a sceptic. But with so many amazing health benefits on the line, there’s nothing to lose by experimenting. At the very least, you’ll be left with an on-trend home décor accessory. 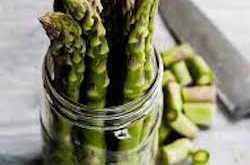 It is a pity when fruit and vegetables get soft and mushy before you’ve had ...