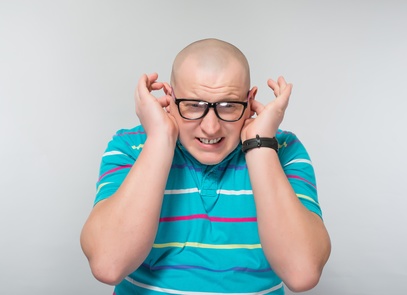 Tinnitus, from the Latin word for “ringing”, is the perception of sound in the human ear in the absence of corresponding external sound(s).

Tinnitus can be perceived in one or both ears or in the head. It is usually described as a ringing noise, but in some patients, it takes the form of a high pitched whining, buzzing, hissing, humming, or whistling sound, or as ticking, clicking, roaring, “crickets” or “locusts”, tunes, songs, or beeping. It has also been described as a “whooshing” sound, as of wind or waves. Around 15 per cent of people experience tinnitus at some stage and it’s more likely to occur after the age of 60.

Most tinnitus comes from damage to the microscopic endings of the hearing nerve in the inner ear. The health of these nerve endings is important for acute hearing, and injury to them brings on hearing loss and often tinnitus. If you are older, advancing age is generally accompanied by a certain amount of hearing nerve impairment and tinnitus. If you are younger, exposure to loud noise is probably the leading cause of tinnitus and often damages hearing as well.

There are many causes for “subjective tinnitus,” the noise only you can hear. Some causes are not serious (a small plug of wax in the ear canal might cause temporary tinnitus). Tinnitus can also be a symptom of stiffening of the middle ear bones (otosclerosis).

With tinnitus, you quite simply hear a noise that no one around you hears. This noise is usually a buzzing or ringing type sound, but it may be a clicking or rushing sound that goes along with your heartbeat. The sound is sometimes accompanied by hearing loss and dizziness in a type of syndrome known as Meniere disease. In addition to the noises associated with tinnitus, certain other symptoms may accompany this condition. These include:

How is Tinnitus diagnosed?

Persons with tinnitus should be seen by a physician expert in ear disease, usually an otologist or a neurotologist.

Why is my tinnitus worse at night?

Is tinnitus a common problem?

Yes. Almost everyone at one time or another has experienced brief periods of mild ring or other sound in the ear. Some people have more annoying and constant types of tinnitus. One third of all adults report experiencing tinnitus at some time in their lives.

What is the treatment of tinnitus?

After a careful evaluation, your doctor may find an identifiable cause and be able to treat or make recommendations to treat the tinnitus. Once you have had a thorough evaluation, an essential part of treatment is your own understanding of the tinnitus, i.e., what has caused it, and your options for treatment.

In many cases, there is no specific treatment for tinnitus. It may simply go away on its own, or it may be a permanent disability that the patient will have to “live with.” Some otolaryngologists have recommended niacin to treat tinnitus. However, there is no scientific evidence to suggest that niacin helps reduce tinnitus, and it may cause problems with skin flushing.

Previous Article Colourful business ideas for the grandkids
Next Article Joke: A problem with gas

Why does Alzheimer’s affect some people differently? 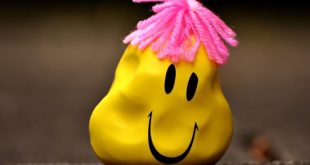 While you may be successfully getting your cardio and strength-training workouts in each week, have ...