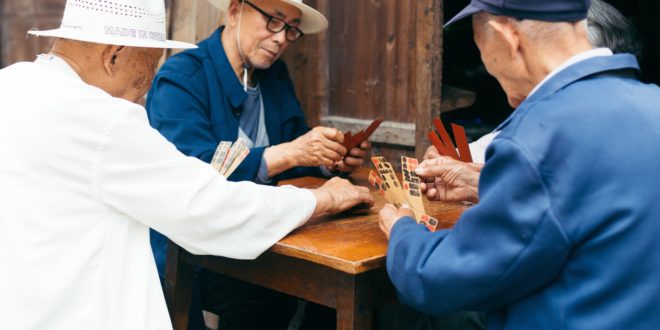 It happens to a lot of us as old age creeps up on us. The doctors call it dementia or cognitive decline. We know what they mean, we are losing our marbles. It happens to a great many people, but there are things we can do to slow down declining brain power, or hopefully avoid it altogether.

We can start by eating lots of fruit and vegetables. These are high in antioxidants, which help keep you healthy right down at the cellular level. They help prevent the main cause of dementia – Alzheimer’s disease. By lots of vegetables, we mean lots of different vegetables. Instead of just one green vegetable and potatoes, it’s better to have five or even six vegetables in a meal. Go for different coloured vegetables because the different colours mean the vegetables contain different antioxidants and different vitamins. But whichever veggies you choose, be sure to include leafy green vegetables, say silverbeet or spinach, with every meal. As well as nourishing your brain, the leafy green vegetables also protect your eyes against macular degeneration, which is the main cause of blindness in older folk. One in seven people over 50 are affected by this disease, and the older we get the more at risk we are. 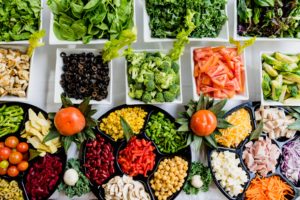 As well as antioxidants from fruit and vegetables we also need omega-3 fatty acids to keep our brain healthy. We get these from the so-called “oily” fish: herring, kahawai, kippers, mackerel, mullet, salmon, sardines, silver warehou, trevally, trout and tuna. Canned fish is fine, but the Heart Foundation recommends fish canned in spring water rather than brine.

Australian researchers have found that as well as protecting you from dementia, eating fish four or more times a week reduces by a third the risk of blood cancers leukemia, myeloma, and non-Hodgkin’s lymphoma. Who knew fish was that healthy?

Two other things that help avoid dementia are exercise for the brain and exercise for the body. Exercise for the brain might mean acquiring a new skill: learning a new language for instance. How pleased will your Chinese neighbours be when you start chatting with them in their own lingo? Or maybe you’ve always wanted to learn the piano, so why not start now? The best brain exercises are those which you enjoy and which involve other people, so if you join a class rather than study alone then so much the better. Likewise playing cards or chess, both of which involve using your brain and also involve other people. 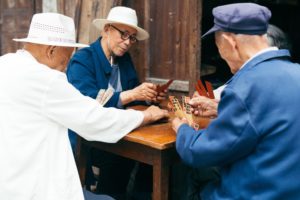 Now get this: daily physical exercise halves the risk of you developing Alzheimer’s disease, which is the main cause of dementia. Brisk walking is a good exercise for us oldies, provided it is brisk enough to get you breathing a little faster. Swimming and jogging are good too, but tennis and golf are probably better as these involve social contact. But be sure to check with your doctor before undertaking any regular exercise programme.

As the population ages, New Zealand is in for an epidemic of dementia. If you start taking steps now you can avoid being one of its victims or at least delay its onset. The right foods, plus regular mental and physical exercise, will help you continue to be the charming, intelligent and sensible person you and those around you know so well.

Old wives’ tales – true or not? Get the facts and dump the fiction

Five exercises to strengthen your bones workout with Growing Younger

To help everyone get through lockdown, the Growning Younger Programme has put together some workouts ...