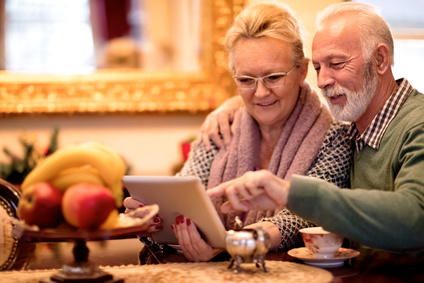 Many older people enter into relationships late in life seeking only companionship and some mutual support.  The thought that a legal relationship with property sharing implications may arise often never enters their minds. Unfortunately, we are living in an age where the law seems determined to stick its nose into peoples’ personal lives whether it is wanted or not.

Some years ago a client, aged ninety years, called into my office and asked me whether he needed a contracting out agreement under the Property (Relationships) Act 1976.  I was rather surprised at the question as old Dan (as I’ll call him) was a widower who had lived on his own for a number of years. He went on to tell me that an old family friend, a lady of eighty-seven years of age, had just moved into his home unit.  She was a widow. She had her own house but Dan’s unit was warmer and closer to the shops and doctors and they had decided they would enjoy the company arising out of sharing the unit. “You have no idea how nice it is to have someone to talk to in the evenings again,” Dan told me.

Neither Dan or his lady friend had any interest at all in the property of the other but they were both concerned at what a family member, with an unhealthy interest in acquiring money, might do if either of them died or went into a rest home, and there was any doubt over who owned what.

The legal definition in the Property (Relationships) Act starts off by saying it is a relationship between two persons who are over eighteen years of age, live together as a couple, and are not married or in a civil union with each other.  This part seems quite simple although in one reported case “living together” was taken to include a situation where one party worked overseas and the couple only physically lived together during relatively short holiday periods each year.

The Act then goes onto say that when looking at the above factors all the circumstances of the relationship are to be taken into account, including:

After setting all these matters out the Act then goes on to say that none of these criteria have to be present and a judge can give them what weight he/she wishes and can have regard to basically any other matter the judge thinks is appropriate. Accordingly, the statutory provisions hardly give you a clear definitive answer in all circumstances, if in any at all.

In the case of Dan, my ninety-year-old client, I was pretty confident that his arrangement was not a de facto relationship but I could not be one hundred per cent sure. In the end we took the conservative approach and the two old folk entered into an amicable property agreement that largely just recorded what each had and confirmed that it was separate property.  They had no intention of jointly acquiring any property.  Making the agreement gave them peace of mind and although both of them are now deceased they did enjoy a few happy companionable years living together under the same roof.  It was a shame they could not have done that at the outset without needing to consult lawyers.

Disclaimer: The information contained in this article is of a general and summarised nature only. It should not be used as a substitute for obtaining personal legal advice.

Previous Article Fact: Do dolphins have hair on their body?
Next Article Central Heating New Zealand 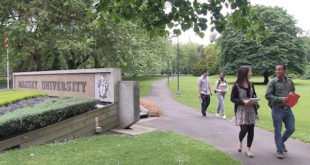 Leaving a Gift in your Will

A gift in your will to Massey University can make a lasting contribution for generations ...