Almost no one has followed the IRD's current foreign pension tax rules so they are proposing a new tax regime, mainly targeting the 250,000 plus British and Irish expats as well as all those Kiwi's that have lived are worked in the UK. The sweeping changes affect 1 in 11 people in New Zealand and are likely to either affect you, your friends, family (like sons and daughters that have travelled and lived in the UK), neighbours or work colleagues.

The new rules are proposed to take effect on 1 April 2014.

The new rules propose an increasing tax rate on foreign pension lump sum payments or transfers with increases linked to the amount of time you have been in New Zealand. But they also state that if you transfer prior to 1 April 2014 you can elect a special rate that in most cases will be substantially lower than proposed post 1 April 2014 rates.

The proposed changes clear up existing complicated rules on taxation of foreign pensions which have led to massive non-compliance, by proposing an income tax on a portion of a foreign pension transfer or lump sum payment. And the longer you have been living in New Zealand the higher the portion – ultimately, up to 100% of the value transferred or lump sum being declared as taxable income in your tax return.

But there is a gilt edged opportunity created in the rules, because the IRD recognises people have not been compliant with their tax obligations in the past they have stated that anyone who transferred their pension fund to New Zealand prior to 1 April 2014 will be able to elect to declare just 15% of the transfer as income in their tax return. The IRD have also given a way of way of meeting your tax obligation as well by allowing a withdrawal from your KiwiSaver to pay the tax.

So if you have been in New Zealand for longer than seven years you will have to declare more than 15% after 1 April 2014 so it might pay to transfer prior.

The perfect catalyst to assess your UK pension

Many people with UK pensions may have lost touch with the amount of the pension might be worth when it comes to transferring the funds to New Zealand.

This might be because they retired on a final salary scheme where they get a yearly statement showing the benefits (such as £5,000 a year in pension benefits).

Often these benefits when converted into a cash equivalent transfer value ("CETV”) can yield a high value (due to current low annuity rates). It is not unusual for the CETV's to be 15 to 20 times the value of the annual benefits.

With an estimated $10B in UK pension benefits held by New Zealand resident expats and Kiwi's that have returned the flood of interest in getting pensions into New Zealand has already started. The funds must be transferred into a Qualifying Recognised Overseas Pension Scheme (QROPS) in New Zealand of which there are a limited number.

As the average transfer time is 3 to 4 months for a UK pension to be transferred to New Zealand time is running out and with a limited capacity for New Zealand schemes to process these pensions capacity will be stretched going forward so the time to act is now so if you elect to transfer your UK pension you can do so before 1 April 2014.

If you or people you know are yet to transfer your pension to New Zealand you can find out more about the legislation and its impact here.

NOTE: It's important to understand that State Pensions and those that have or are already being paid to you in New Zealand or to an account in the UK CANNOT be transferred.

If you have already transferred your pension to New Zealand you can find out by clicking here.

Simon Swallow is a Director of Charter Square Services Limited.
You can contact him here.

Get Mortgage Free and Retirement Ready

How much money do I need to retire?

Retirement – A goal or a lifestyle? 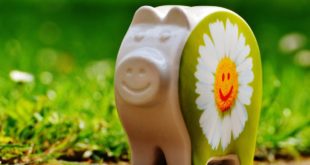 Keeping on with KiwiSaver

In the olden days, on retirement people cashed up everything. Whatever investments and other assets ...