It’s spring, so we have been out in the garden, watching the worms at work. We think worms are not given the credit they deserve, so we are going to give them some.

Worms are nature’s fertiliser machines and much better (and more fun) than buying commercial fertilisers. Here are some interesting facts discovered by our oily rag research team. Worms live in the top 150mm of the soil. Each day they munch their way through their own body weight in composting matter. The casts (worm poo!) are much more valuable as a growing medium than the organic matter the worms eat. Worm droppings contain six times the nitrogen content, seven times the phosphate content and twelve times the potassium content of soil.

Worms also produce 60 percent of their body weight in urine (worm wee!) each day. This liquid is a nitrogen concentrate that can be diluted 10:1 and used as a liquid plant food (i.e. add 10 parts water to one part worm wee). Besides producing valuable fertilisers, their worming around also aerates soil and provides drainage.

Now some may think all worms are created equal. Well, that’s not the case at all! There are earth worms and then there are worms that specialise in chomping decaying organic material (in much the same way that some doctors specialise in paediatrics and others in geriatrics!). The more common composting worms are known as redworms, brandling worms, tiger worms, and red wiggler worms. You can generally tell them apart from the general every-day variety of earth worms that are likely to be prowling around your garden by the fact that compost worms tend to be smaller (some have a reddish stripe) and they are extremely hyperactive when uncovered.

Basically worms will eat anything that is organic but they are especially partial to foods that are high in nitrogen. According to the experts, the ideal foods for worms include fruit scraps, tea bags, coffee grinds, egg shells, horse manure, sea weed, paper, and corrugated cardboard. If the worms are being farmed they say to go easy on citrus, bread, meat, dairy products, and anything that is too oily or can become too stinky too quickly!

Worm food can be raw or cooked and doesn’t have to be ground up, as the micro-organisms that live in compost will gradually soften it up ready for the worms to eat. Soft garden waste such as weeds and vegetable leaves are suitable foods, and an occasional sprinkling of garden soil in the bin gives the worms the grit they need to digest food. It’s not harmful to give worms entire plants, but they will not process woody parts or large roots – because they haven’t got the right kind of teeth! Worms cannot break down bone and are said to dislike highly spiced foods such as onions, garlic, and hot curry – so it’s safe to assume worm farm worms did not originate from India!

There are lots of helpful web sites and books that explain how to make a worm farm. A good place to start is Worms R Us (www.wormsrus.co.nz). They show how you can make one out of recycled material like an old bath, but they also have household units available for those that do not have recycled material available. The price of a basic unit is about $70 (plus the cost of the worms). By our calculations worms only cost about 2 cents each – but you will need at least 1000 so budget on $20.

It can take six to eight months for your worms to turn waste into castings and a year to reach full production. Castings can go can then go straight onto the garden or pot plants. Work the castings into the soil or turn it into liquid fertiliser by adding a handful into a bucket of water, stirring and leaving to sit for a few hours before applying.

Is investing in property right for you?

What have eggs, baskets, advice and the missing middle got in common?

Property: Has it had its day in the sun, or does it need some more sunscreen? 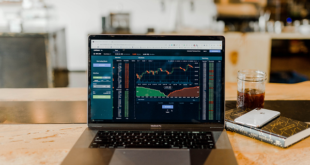 How Do Income Funds Really Work?