Insurance is a form of risk management. It is purchased to avoid the possibility of a large , potential future loss. To compensate the insurance company for taking on this potential future payout, the insured pays the insurance company a certain sum of money known as the premium.  In return for the payment of the premium the insured receives a written document, known as the insurance policy, that lays out what events are being insured and what the payment to the policyholder would be if that event actually occurred.

The insurance company collects the premiums of a large group of insured’s to cover the few losses they would have to pay out for. They use historical data to figure the probability of losses and then charge premiums to cover them while building in a profit for themselves.

For example, let's say there were 100 houses each worth $100,000 in a particular area.  They would have a total value of $10,000,000.  According to the history of that neighbourhood, two houses are expected to burn down during any one year.  Without insurance all 100 homeowners would have to keep $100,000 in the bank to cover the possibility of the house burning and needing to rebuild it.  With insurance, each homeowner would only need to pay $2,000 into an insurance pool to pay for rebuilding the two houses that are expected to burn down.

That $2,000 premium will then have to be increased somewhat to add a profit margin for the insurance company.

In addition to the built in profit that the insurance company adds in to each premium it takes in, the company would also be subject to the actual experience of the insured group.  If it takes in more money in premiums than it paid out in claims then it receives what is known as an underwriting profit. And, on the other hand if it pays out more than it has taken in then it has an underwriting loss.

One way of looking at how well an insurance company is doing is to look at their loss ratio.  The loss ratio is calculated by taking the losses they had to pay out and add to that the expenses they incurred to actual pay out the

claims and divide that sum by the premiums taken in. A ratio of less than 100% shows a profit and a ratio greater than 100% indicates a loss.

In many cases if an insurance company's ratio is greater than 100% they can still be profitable.  That is because there is usually a period of time between taking in premiums and paying out claims.  During that period of time the company can invest the money taken in and they can earn a profit from that investment to offset any underwriting loss and could actually end up with a net profit.  For example, if the insurance company pays out 15% more in claims and expenses than premiums it took in, but made a 25% profit from its investments, then it would have received a 10% profit.

So, as can be seen there is more than one way to skin the profitability cat for an insurance company to make money. Two key factors in that regard are how well they can predict their payouts and how well they can invest the money they take in.

5 things to think about getting sorted now

Are your children – and their families – covered?

Nicely explained… but have a question… How they are deciding the tenure of Insurance ?

Can you please comment on why insurance companies can oblige the premiums to be paid by direct debit only? DD’s do not appear on your banks upcoming payments schedule and therefore run the risk of being dishonoured. My contention with insurance companies over payments, arise from the fact that payment by automatic payment should be a discretionry right of the insured. The insured is diadvantaged by the arrangement the insurance companies have with the banks because the banks gain from the dishonour fees when DD’s could easily be included in the forth coming payments schedule. I believe the banks have the ability to show DD’s on the forth coming payment schedule but continue the regime because its good business. 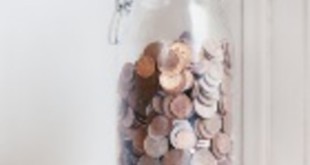 Save Money on Life Insurance

How to save money on life insurance