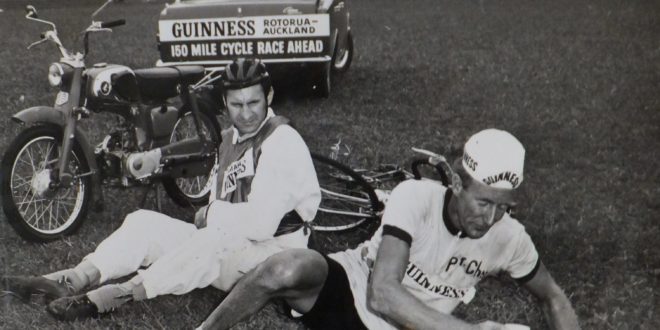 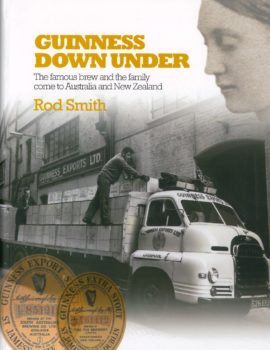 No small beer – tracing the fortunes of famous brew and family behind it.

MORE than nine million pints of Guinness are sipped around the world every day – a testament to the adventurous Guinness dynasty and a family tree with branches reaching around the globe, notably New Zealand and Australia.

Rod Smith has traced the story in Guinness Down Under, giving a fascinating and never-before-told account of how the family and the legendary brew made it from Ireland to the Antipodes.

The Guinness name is recognised the world over, the famous stout has been brewed at St James’s Gate, Dublin for over 250 years, and is now brewed under contract in fifty countries.

Guinness family members, originally in three major groupings – brewing, banking and the church – have achieved fame in all walks of life, with some scaling great heights, others tasting great sadness.

Guinness Down Under explores how the famous brew and the family came to New Zealand and Australia in the mid-1800s the brew itself through export and eventually in-country brewing, and the family through four grandsons of Arthur and Olivia Guinness who made a new life Down Under, where many of their descendants remain.

In this in-depth and absorbing account we learn about the origins of Guinness stout, the nature of the export trade, and the vagaries of the market. 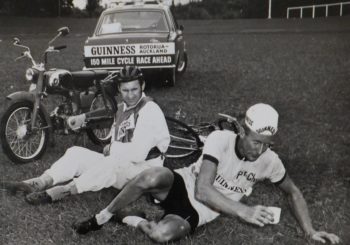 We learn of the challenges, highlights and sadness in the complex lives of the four cousins who, independently and at different times, sought to make a better life for themselves Down Under.

The entrepreneur, public figure, and political activist; the successful Canterbury pastoralist; the ‘black sheep’ of the family who set up as a Guinness brewer in Melbourne then disappeared forever; the clergyman who took his family to a vicarage in Melbourne, just when the new city was flourishing.

Also described is the progress of the iconic Guinness stout in New Zealand and Australia, from early imports in the 1850s through to present-day production in Auckland and Adelaide.

Guinness Down Under by Rod Smith |  Published mid-March by Eyeglass Press Ltd |  rrp. $49.99

We have a copy to giveaway to one lucky GrownUps member.
To enter simply answer the following question in the comments section below:

What is your favourite way to enjoy a Guinness? Are you a traditionalist and like it freshly poured by a trained bartender? Or do you only like it on St Patrick’s day with a shamrock on top? Or maybe you prefer it baked in a pie or cake?

The winner will be notified via email.

These Boomers are A-OK

Win a doublepass to see 1917 in cinemas

As tradition used to go…After having a baby, supposedly to replenish iron supply.

Recently returned from a trip to the UK and Ireland. You have to have good friends and company to enjoy Guiness

Any way, it is great stuff however you find it.

Grownups I LOVE my Guiness with a Good Head,
Chilled in a Large Pint Glass with a dash of RED…
Raspberry that is, or Blackberry Syrup TOO…
There’s nuthin more enjoyable than a Guiness or TWO…

Steak & Guinness Pie – just like my mum used to make

Served to my husband in a tall glass. The look on his face is pure delight.

Added to lamb shanks cooked in a slow cooker

In a winter stew that has been in the slow cooker for hours !

I love the atmosphere of the Irish pub so i go there with my Son and he drinks the Guinness and loves it, i hate the stuff i think its foul but i liked it when i was pregnant many years ago. This may be why my son loves it now.

Warm in a pint glass in Dublin

Has to be properly poured – long and slow

In a stew!! Great on a cold night.

In a pie with steak & onions 🙂

Maybe sampling a Guinness steak pie!
Would be nice to do so in Cahir, Co.Tipperary, where my paternal
great grandparents and grandmother emigrated to NZ from.

Take a tour of Dublin Guinness Brewery and sit in their bar drinking complimentary Guinness – witnessing party of Aussies who had been there for greater part of day using the tickets of folk who didn’t have time to linger was also a highlight.

Even had a GP order me to drink it, he reckoned Guiness was a good tonic . . .

In a pint glass but not cold, it has to be warm as they serve it in Ireland!

Freshly poured by a trained bartender

Love my Guinness at my local Good Home pub with a steak and Guinness pie. Yummy

It has to be poured by a trained bar tender, and preferably with a shamrock.

It has to be cold and poured at a pub not from a can or bottle.

In a pint glass.

Straight from a freshly tapped keg.

In a stew it tastes great, like my grannie use to make, mmm.

In a stew,makes it taste great

At Dick Mack’s in Dingle – the perfect Irish bar anywhere!

In a pint glass

In a pie! Sacrilege I know but then I am not a connoisseur

I an=m a traditionalist and like it poured by a trained bartender!

Traditionalist – I like it poured by a bartender. No bottles or cans!

In an Irish pub (In Ireland of course); poured and left to settle for 30 minutes. Order your pub meal and when it arrives the Guinness is ready to drink.

my favourite way to enjoy Guinness is to buy one for someone who really really loves it!

Iam a traditionlist as long as it is in a large glass. Gary.

With a slab of yummy cheesecake

A steak pie or casserole

I love a Guinness steak pie

In a very tall glass – the perfect meal

Poured by an Irish bartender

Just as it is poured.

Waiting for the perfect pour xx

Straight from the tap – Poured by a bar tender 🙂

love it on St. Pat’s day

In a meat pie with flakey pastry

I enjoy watching it been poured with all that froth,and then sitting back and supping a great brew.

A Guinness A Day Keeps All Else At Bay!!

I love it with a splash of blackcurrant!

Accompanied by a restaurant meal of lamb shanks, mashed potato and veges.

Always use mine to make a Venison stew that hubby has hunted and enjoy it with the meal.

Ice cold from the fridge

a Guinness pie from the Christchurch South Library Cafe

in a big fat beefy pie with flaky pastry….mmmmmmmm………mmmmmmm……..mmmmmmm……

From the tap in an irish pub where they know what they are doing! Preferably in Ireland.

Baked into a pie!

baked in a pie

Baked in a beef pie with lots of flakey pastry.

Straight from the tap, surrounded by the friends.

In a pie or a hearty beef casserole.

I prefer it baked in a pie or casserole.

From top to bottom

Straight from the tap, in a good Irish pub!

I don’t drink Beer but use it in winter casseroles cooked in my Crockpot. I would gift this lovely book to my brother in law who LOVES Guinness & was born on St Patrick’s Day, & has Patrick as his middle name ?

I prefer it baked in a pie, casserole or cake!

I like my Guinness baked in a hearty beef pie, a great heartwarming meal.

In a Hearty Beef casserole

Love it freshly poured, but has to have raspberry in it as well its awesome, usually at local Irish Pub Peggy Gordons in New Plymouth

Enjoy a Guinness with family and friends outside

I love cooking with it and when I was pregnant I had a half pint just before my son was born for the great iron it provides!

Adds so much flavour to beef stews but my partner just has to have it on St Patrick’s Day.

I like a dash of blackcurrant juice in it.

Definately in a casserole!!

In a hearty beef casserole.

in a pie or casserole

I love Nadia Lim’s Potato-Top Guinness Pie recipe as it is Diabetes friendly and I am a Type 1 Diabetic. One Guiness for the pot and one for the Cook!

baked in a pie, or a beef stew

Great flavour when added to a hearty beef casserole

Great for adding flavour to a meat casserole dish.

Freshly poured with a shamrock drawn in the head

In a hearty beef casserole.

Guinness straight from the bottle in Ireland 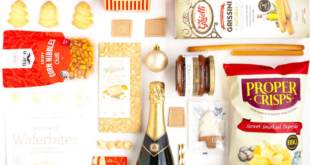 It’s that time of year again! Holiday plans made, out-of-office responses drafted, and carols are ...